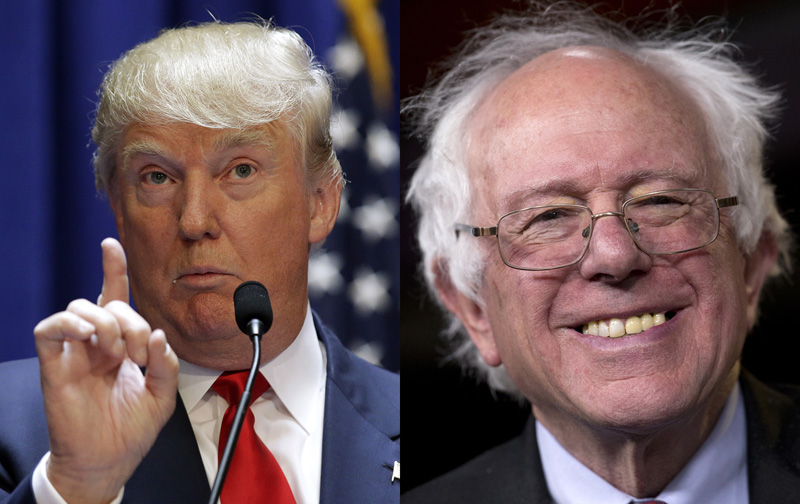 Democracies can also produce enlightened type of populism, such as that offered by US Senator Bernie Sanders
“We must educate our masters,” Robert Lowe, a British statesman, told colleagues after the passage of the Second Reform Act of 1867, a law that added over a million voters to the Parliamentary Register. For Lowe, an educated populace was the best means to secure participatory governance in Britain.

But 150 years later, the educated “masters” of liberal democracy have apparently learned little. Lowe, one may assume, would not be impressed with the populist trends pulling the wool over their eyes.

As the United Kingdom’s Brexit referendum and the election of Donald Trump as President of the United States demonstrated, voters are too easily fooled by prejudice and false promises. Critical thought is increasingly dismissed as an elitist endeavor, while unaccountable social media, “fake news,” and “alternative facts” dominate public discussion. In an environment of ignorance, populist politicians make willing prey of those who feel ignored.

But because those politicians are so appealing to so many, they, no less than easily swayed voters, must be scrutinized. The question is whether a brand of politics that threatens liberal democracy can also be reformulated to save it.

There are two types of populists today: the exploitative and the enlightened. Trump represents the former. With an administration full of Goldman Sachs alumni, and an agenda that promises tax cuts for the super-rich while privatizing Medicare and education, Trump is bound to disappoint the white working class that won him the White House.

Automation, not trade, is responsible for the decline of manufacturing jobs. Natural gas, not environmental regulation, has fueled the demise of the US coal industry.

But Trump’s rise was not just about the economy. It was also about turning a nativist American identity against minorities and immigrants. For demagogues, playing on peoples’ emotions is always more effective than appealing to their “common sense,” as George Orwell explained in his review of Hitler’s Mein Kampf. This is as true for Trump in the US as it is for right-wing populists like Marine Le Pen in France, Frauke Petry in Germany, and Geert Wilders in the Netherlands.

Democracies, however, can also produce a more enlightened type of populism, such as that offered by US Senator Bernie Sanders. Had he become the Democratic Party’s nominee for president (rather than Hilary Clinton), and had he assumed the US presidency, his promise to upend the American socioeconomic order and implant a Scandinavian-style social democracy might have enraged large swaths of the electorate.

Congress probably would have derailed the entire list of noble goals that comprised his platform—single-payer health care, free college for all, campaign-finance reform, and breaking up big banks—as unbearably costly, if not “un-American.”

Nonetheless, Sanders could have led America closer toward Lyndon B. Johnson’s vision of a Great Society without poverty or racial discrimination. He surely would have respected the separation of powers, and would not have tainted the presidency with daily bacchanals of lies and narcissism. Sanders’ moral compass and public spirit counsel humility, a trait vital to restraining the impulsive instincts of the world’s most powerful officeholder.

Sanders’ benign form of populism was not just a way to achieve power; it was an enlightened drive for moral and social improvement. His rejection by the Democratic Party establishment spared America a unique election contest between two diametrically opposed brands of populism. If Hannah Arendt was right about the “morbid force of attraction” that “contempt for moral standards” has for the mass mentality, the angry “masters” might have still voted Trump.

Nonetheless, winning popular contests—whether the Brexit referendum in the UK, elections in Western democracies, or even the plebiscite on the peace agreement with the Revolutionary Armed Forces of Colombia (FARC)—requires a nod to populist politics. Lambasting the established system, even when the candidate is part of it, is now the norm. The choice for voters seems to be whether to side with purveyors of exploitative ideas or enlightened leadership.

Trump’s perpetual anti-establishment campaign shows that, even as president, he intends to cultivate an outsider image. It is the classic form of exploitative leadership. In this respect, he and Israeli Prime Minister Binyamin Netanyahu have much in common.

Throughout his 11-year tenure, Netanyahu has maintained his onslaught on the supposed hegemony of the Labor Party establishment and the mainstream media.

But not even enlightened populists are free from the risks of duplicity; they, too, are frequently forced to betray their voters. Prior to the election that brought him to power, another Israeli prime minister, Yitzhak Rabin, said that, “the leader who would give the order to withdraw from the Golan Heights, even in exchange for peace, must be out of his mind.” Yet, once in office, Rabin initiated talks aimed at securing peace with Syria in exchange for Israel’s withdrawal from the strategic heights.

Western democracy seems trapped in a conundrum. The system falters when voters cannot make informed decisions based on candidates’ platforms. In the long run, the solution is to educate the “masters” and respond to their concerns with facts—as Lowe advocated a century and a half ago. In the meantime, enlightened populism may be the best option. Wherever democracy is practiced, voters’ lack of information and expertise cannot be allowed to give rise to leaders and policies that weaken democracy itself.

Living up to its name

There is no escaping the funny lovelorn lyrics, witty choreography and strikingly modern dace form of the recent hit Nepali... Read More...