KATHMANDU, May 29: The government has projected high economic growth rate for the current fiscal year driven mainly by agricultural productions. However, statistics of livestock production released by the Ministry of Finance has been found questionable.

The impact of this 'manipulated data' is sure to lower revisions of economic growth rate projection in this fiscal year. The projected growth rate is 6.81 percent.

Some term the manipulation of data as a premeditated move of the government to show high growth on low base.

Large numbers of cattle were killed in the 2015 earthquakes. Despite this, milk production recorded only a marginal drop in FY2015/16

Livestock experts have confirmed that they had not seen such a huge variation of growth rates, while government officials termed it as a 'human error'. Ram Krishna Regmi, a senior statistics officer at the Ministry of Agriculture and Livestock Development, acknowledged the mistake terming it as 'human error'. "Regardless of what the data says, there is growth in livestock production," he added.

Suman Aryal, director general of Central Bureau of Statistics, said that they were fully dependent on data provided by the Ministry of Agricultural and Livestock Development. Aryal acknowledged that economic growth rate can vary if there is any change in agriculture statistics. "But it will not be much significant as livestock contributes very little to overall growth," he added. 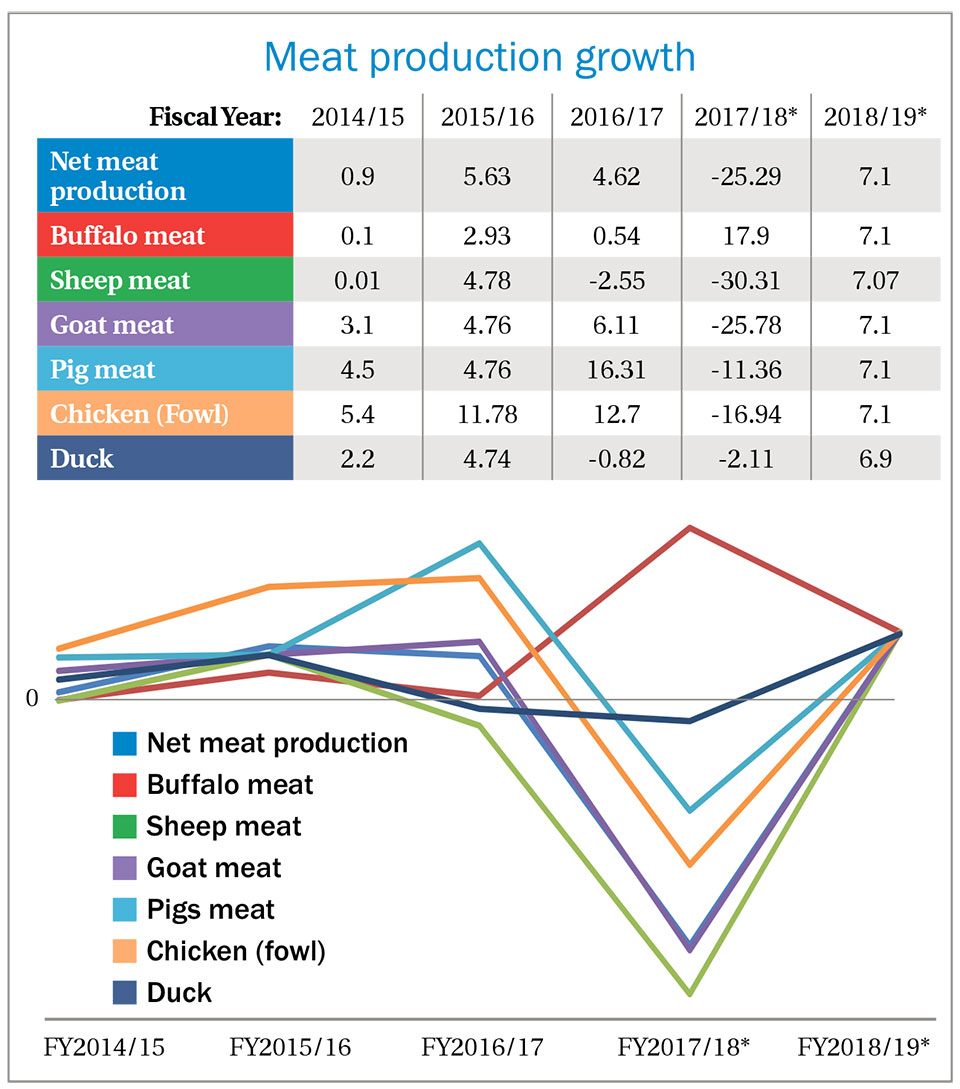 KATHMANDU, Dec 21: Bank and financial institutions (BFIs) have provided a total of Rs 41.05 billion in concessional loans to... Read More...