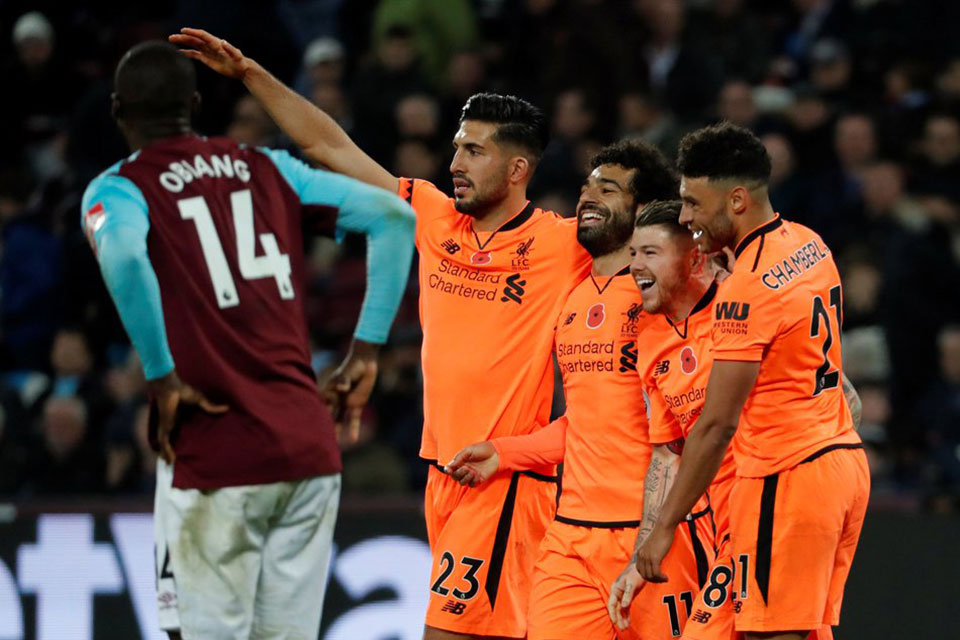 LONDON, Nov 5: Liverpool cranked up the pressure on West Ham United manager Slaven Bilic with a 4-1 win at the London Stadium, while Burnley’s remarkable start to the Premier League season continued thanks to a 1-0 victory at Southampton on Saturday.

Salah took his tally to seven, one fewer than Premier League top scorer Harry Kane, and was joined on the scoresheet for Liverpool by Joel Matip and Alex Oxlade-Chamberlain.

“The result feels good,” said Klopp, who had started forward Sadio Mane despite the Senegalese having only returned to full training on Thursday after a month out with a hamstring injury.

“We changed our approach, it was a counter-attacking lineup to use our speed from the deep.”

Manuel Lanzini had briefly dragged West Ham into the game at 2-1, but they finished being booed off for the second home match in a row.

The result left them precariously perched above the relegation zone and sent Bilic into the international break with question marks hanging over his future.

“I‘m definitely not a broken man,” said Bilic, whose side will enter the drop zone if Everton beat Watford on Sunday.

“I‘m very strong. But the situation for West Ham is not good.”

Remarkably, Burnley are also level-pegging on 19 points with Chelsea, Arsenal and Liverpool as Sam Vokes pounced late on for Sean Dyche’s side against Southampton.

They are seventh, having already won three league matches on the road this campaign compared to one in the whole of last season.

“I am delighted to be where we are but there are a lot of challenges coming our way and the group know we will have to work hard for every point we get,” Dyche, who has been linked with the vacant Everton manager’s job, told the BBC.

“We still have to fight for every chance we get but we are willing to do the graft.”

West Ham United have completed the signing of Robert Snodgrass from relegation strugglers Hull City in a deal worth 10.2... Read More...