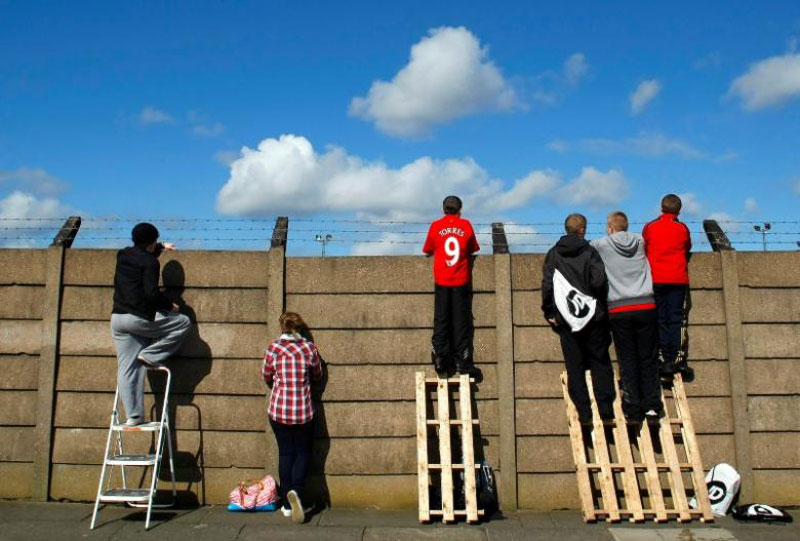 Liverpool fans peer over the wall to watch a training session at the club's Melwood training complex in Liverpool. (Phil Noble/ Reuters)

English Premier League side Liverpool announced plans on Wednesday that will see the first team leave their long-time training base in Melwood and move to a redeveloped site in Kirkby, where their youth academy is located.

Melwood, the training ground of some of the biggest names in English football since the late 1950s, including Kenny Dalglish, Ian Rush, Robbie Fowler, John Barnes and Steven Gerrard, has also been earmarked for redevelopment.

Shankly transformed Melwood into a top-class training facility, but incumbent Juergen Klopp has been a keen advocate of using a larger facility to accommodate the first team and the academy.

"We recognise that Melwood has played a significant role in the club's success and forms an important part of our history," Liverpool's chief operating officer Andy Hughes said on the website.

"However, the Melwood site is limited in space and is unable to accommodate our longer-term ambitions, which is why we are exploring options on the Academy site."

Liverpool plan spend 50 million pound ($60 million) on the combined training centre, redeveloping the existing facilities at the academy and converting the main pitch into an indoor one.

The club said that a public consultation would be held on March 8 for residents and businesses to discuss the proposed plans in more detail.

Liverpool intend to purchase land adjacent to the academy site and close part of Moss Lane between Simonswood Lane and Arbour Lane to allow the proposal to go ahead.

The club did not offer any timeline for the building work, but the Liverpool Echo newspaper reported that it would begin in early 2018 and be completed by the summer of 2019 if the project was given approval.

Mane, Coutinho score for Liverpool in 2-1 win over West Brom