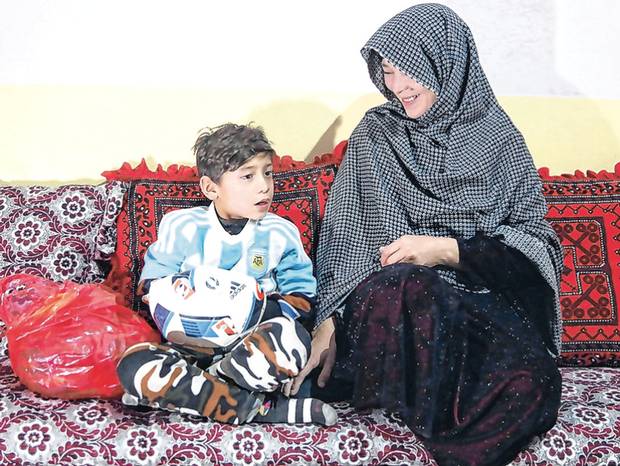 AFGHANISTAN, Dec 8: An Afghan boy who shot to international fame for his devotion to the footballer Lionel Messi has been forced to flee his home for a second time amid the threat of militant attack - leaving behind his prized signed jersey and football.

Murtaza Ahmadi (7) and his family are now living in Kabul after they and hundreds more sought the safety of the capital amid intense fighting in south-eastern Ghazni province last month.

They say they are struggling to make ends meet and must contend with the constant fear that the Taliban is looking for them. There is little prospect of returning any time soon leaving Murtaza without his beloved football and jersey.

An image of Murtaza wearing a plastic bag fashioned into a Messi shirt went viral in 2016.

The media attention turned a dream into reality when Messi sent the boy a signed jersey and a ball. They later met in Qatar where the superstar was playing a friendly. However, the attention brought threats.

"Local strongmen were calling and saying, 'You have become rich, pay the money you have received from Messi or we will take your son'," said his mother Shafiqa.

The family feared the worst when a Taliban offensive brought fighting towards their home. They left when they heard gunshots.

"We couldn't take any of our belongings, we left only with our lives," added Shafiqa.

The family belongs to the Shia Hazara ethnic group, who were singled out by the Sunni Taliban during their November operation in Ghazni.

KABUL, Aug 16: A bomb tore through a university preparatory academy in Kabul, killing 48 and injuring 67 others, according... Read More...