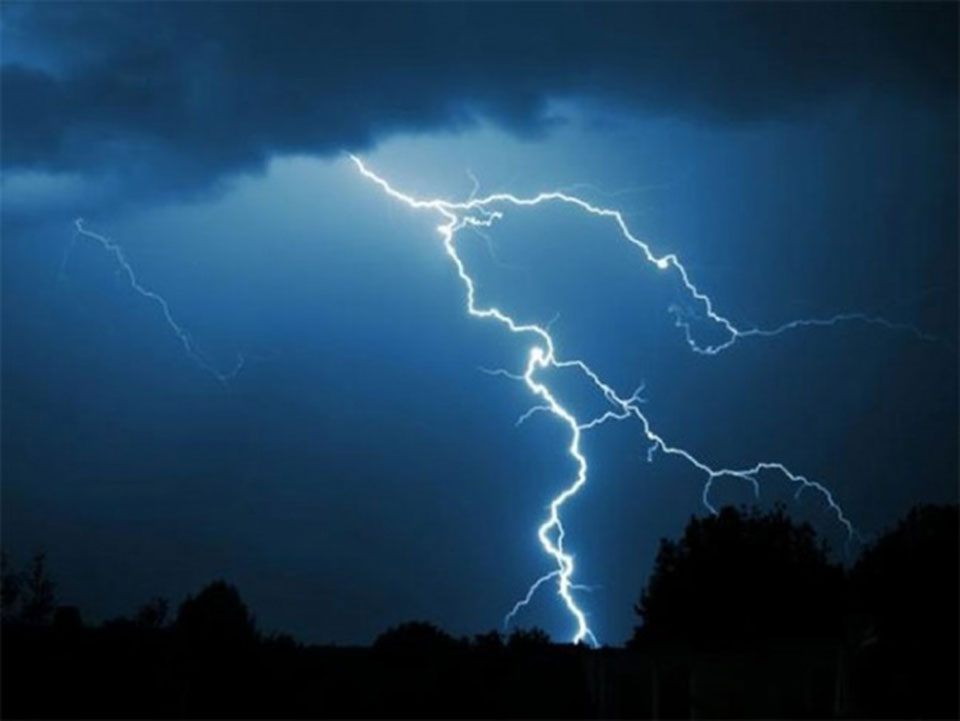 KATHMANDU, Jan 31: While road and fire accidents have been drawing the attention of the general public for the large numbers of human casualties, lightning, an equally lethal cause of accident, has been a less talked about issue in Nepal.

On Friday, two people lost their lives after being struck by lightning in different parts of the country. Twenty-five-year-old Raju Chepang of Ichhakamana Rural Municipality-2 in Chitwan, died on the spot after a thunderbolt struck him on Friday night. Similarly, Gulam Mohammad Darji, 29, died while receiving treatment after being struck by a lightning outside his home in Nepalgunj Sub-Metropolitan City on Friday evening.

The Ministry of Home Affairs has recorded 986 cases of lightning in the last five years which caused 483 deaths, affected 976 households, and left 1,251 severely injured. In this review time, lightning inflicted losses worth more than Rs 31 million. Since 2018 alone, 426 people have been struck by lightning out of which 80 lost their lives and 346 were severely injured. Out of the 80 who died, 48 were male and 32 female.

Lightning safety expert Shreeram Sharma told Republica that lightning safety measures need to be incorporated in the building codes in order to minimize losses due to lightning.

“We need to build a guideline for constructing lightning resistant structures and incorporate it in the building codes,” he said, adding, “The concerned department should also focus on building the codes in such a way that our structures are lightning-resilient as per the world standard.”

As of now, only grade A and grade B houses are supposed to install lightning-resistant equipment according to the building codes.

“We have received a recommendation from experts and have already discussed the issue of lightning protection,” Spokesperson of DUDBC, Padam Kumar Mainali, told Republica, adding, “We are currently waiting for the 105 guidelines of the building codes to come into effect with hope that the codes have incorporated the protection methods.”

“We have realized the zones where lightning occurs frequently,” he said, “We have considered preparing building codes for the specific regions.”

Expert Sharma added that simple lightning safety equipment which provides a significant safety would cost as less as Rs 3,000 and that the public should be made aware of such equipment. He also informed Republica that the general public has been deluded by the lightning arrestors, a kind of equipment which is supposed to protect from lightning, which has taken the Nepali market by a storm. “The international community has written off the equipment,” he said, “In addition, it costs as much as Rs 300,000 which is a huge amount for lightning safety.”

UDAYAPUR, Dec 19: Three passengers have died when a Bolero jeep met with an accident at Udayapurgadhi-3, Jaruwa in the... Read More...