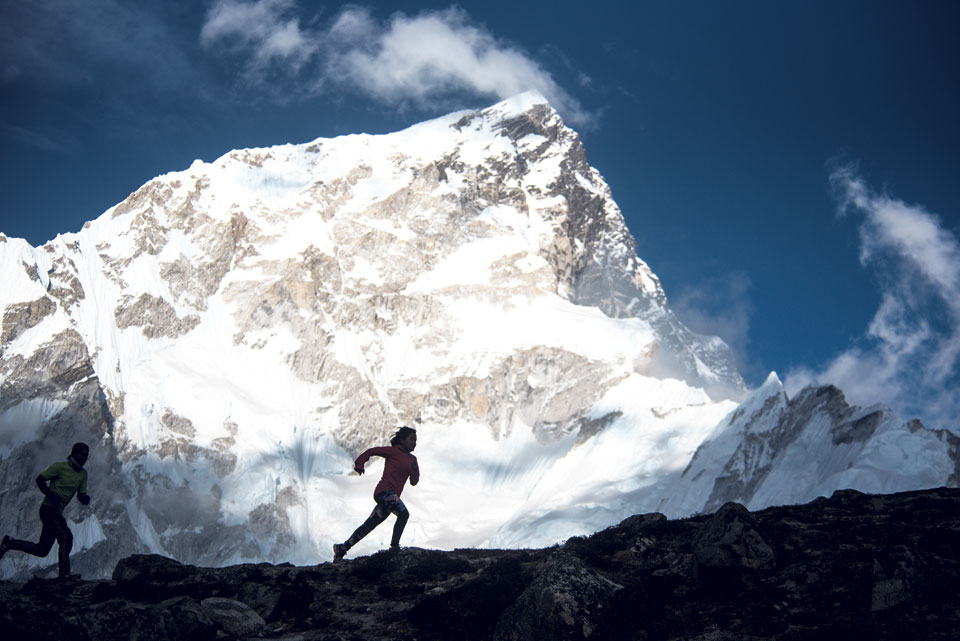 A research expedition to Mount Everest has shed light on the unique physiological basis of adaptations seen in the native Sherpa people, which make them better suited to life at high altitude. This improved understanding, which forms part of new research published in Experimental Physiology, could help improve the treatment of patients with conditions related to reduced levels of oxygen in the blood and tissues.

Sherpas are native, ancestral high-altitude dwellers, who are renowned for their ability to live and climb at Himalayan altitudes, where oxygen content is lower. Whilst genetic inheritance and natural selection are likely to have developed traits in Sherpas that favour survival at high altitude, the physiological basis underlying their superior performance has proven elusive. Strikingly, whilst Lowlanders and other high-altitude populations (e.g. Andeans and Ethiopians), cope with the reduced oxygen levels at high altitude by increasing the amount of oxygen carrying cells (haemoglobin) in the body, Sherpas do not. This has always seemed somewhat perplexing and counter-intuitive, for how do they do so well with less oxygen in their blood?

This question was investigated by researchers from University College London's Centre for Altitude, Space, and Extreme Environment Medicine on Xtreme Everest 2, a translational research programme undertaken on Mount Everest. The team conducted research that compared participants drawn from two distinct populations: Sherpas, and an altitude naive population of Lowlanders. Baseline measurements were obtained in London (50m altitude) and Kathmandu (1300m altitude) for the Lowlander and Sherpa participants respectively, and then repeated study measurements were taken from participants as they ascended to the base camp of Mount Everest (5300m altitude).

Individuals followed an identical ascent profile to each other, which ensured that the physiological challenge, environmental oxygen content and temperature (which affects the constriction of blood vessels) were matched for all participants. Thus any differences detected between participants would be attributable to their individual physiology rather than variation in the magnitude or duration of exposure to low levels of oxygen at high altitude.

It was found that as the amount of surrounding environmental oxygen decreases on ascent of Mount Everest, Sherpas are able to maintain a greater degree of blood flow and oxygen delivery to the working tissues. In essence, this shows that Sherpas (when compared to Lowlanders), are able to deliver more oxygen around their bodies. These novel findings might also explain how Sherpas thrive at altitude without increasing haemoglobin content. High levels of haemoglobin make the blood thick and viscous, thus not only slowing down its flow around the body, but also increasing the risk of side effects such as blood clots to the lung. Conceivably, by favouring increased blood flow and oxygen delivery over high oxygen content, Sherpas are still able to provide their tissues with ample oxygen, yet minimise the risk of potentially fatal side effects.

The low levels of oxygen at high altitude can simulate the reduced oxygen faced by critically ill patients in hospital. Therefore, by understanding the physiology behind Sherpas' success in low oxygen environments we could help improve intensive care of patients through the design of novel diagnostic and treatment strategies. Of course, it is possible that physiological mechanisms at altitude may differ from those seen in hospital patients. However, studies on unwell hospital patients are fraught with ethical difficulties, and, as patients may be ill for a number of different reasons (e.g. heart attack or chest infection), teasing apart what physiological responses are due to the lack of oxygen per se, rather than the symptoms of the underlying illness or any treatments that are being applied, is extremely difficult.

Dr. Edward Gilbert-Kawai, a co-author of the research was delighted with this paper's findings: "The mechanisms identified in this study, such as increased blood flow and oxygen delivery to working tissue, feasibly describe an alternative means to aid oxygen delivery in critically ill patients. Future research should establish the underlying cellular mechanisms behind this response. Identifying such differences and mimicking those in humans most highly adapted to reduced environmental oxygen may thus reveal novel target pathways that are amenable to drug treatment in the critically ill, and could provide new directions in critical care medicine."

KATHMANDU, Nov 19: One thousand and two hundred climbers of 164 groups have acquired permission to climb mountains in this... Read More...