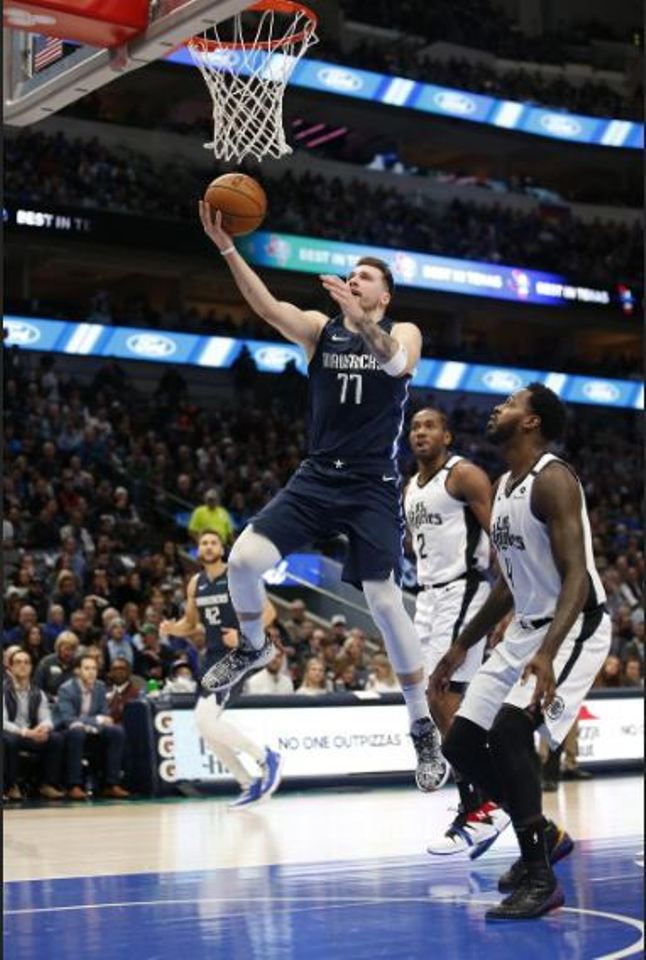 Leonard scored at least 30 points for the sixth straight contest. Landry Shamet added 18 points and Lou Williams had 16 off the bench for the Clippers. Montrezl Harrell scored all 12 of his points in the second half.

Luka Doncic had 36 points, 10 rebounds and nine assists for the Mavericks, who had their four-game winning streak snapped. Tim Hardaway Jr. scored 13 points, while former Clipper Boban Marjanovic had 12 points and seven boards.

Kristaps Porzingis, who returned after missing 10 games with right knee soreness, finished with 10 points on 4-of-17 shooting and was 1 of 8 on 3-pointers.

However, the Mavericks suffered a blow when forward Dwight Powell went down with an apparent right Achilles injury at 2:53 of the first quarter. Powell, who did not return, collapsed to the court when he started a drive toward the basket near the 3-point line.

Clippers forward Paul George missed his sixth consecutive game with a left hamstring strain. Clippers guard Patrick Beverley did not play in the second half due to a sore right groin. Beverley scored nine points by hitting all three of his 3-point attempts in 15 minutes.

Dallas pulled within 108-105 but Hardaway missed a 3-pointer with 16.1 seconds left. Doncic misfired on the first of two free throws with 7.4 seconds left and intentionally missed the second one but Leonard grabbed the rebound and converted a pair of foul shots with six seconds remaining.

The Clippers led by as much as 14 in the third quarter before the Mavericks cut the deficit to 67-64 after a 3-pointer by Hardaway with 7:08 left in the quarter. However, a 10-2 surge by Los Angeles pushed the margin to double digits again.

The Clippers led 82-78 heading into the fourth.

The Clippers, who staged a 16-0 burst in the second quarter, outscored the Mavericks 27-10 over the final six minutes of the half for a 60-49 advantage at the break.

CHICAGO, Dec 31 : With an NBA-best 30-5 record, the Milwaukee Bucks are off to a great start. Giannis Antetokounmpo,... Read More...