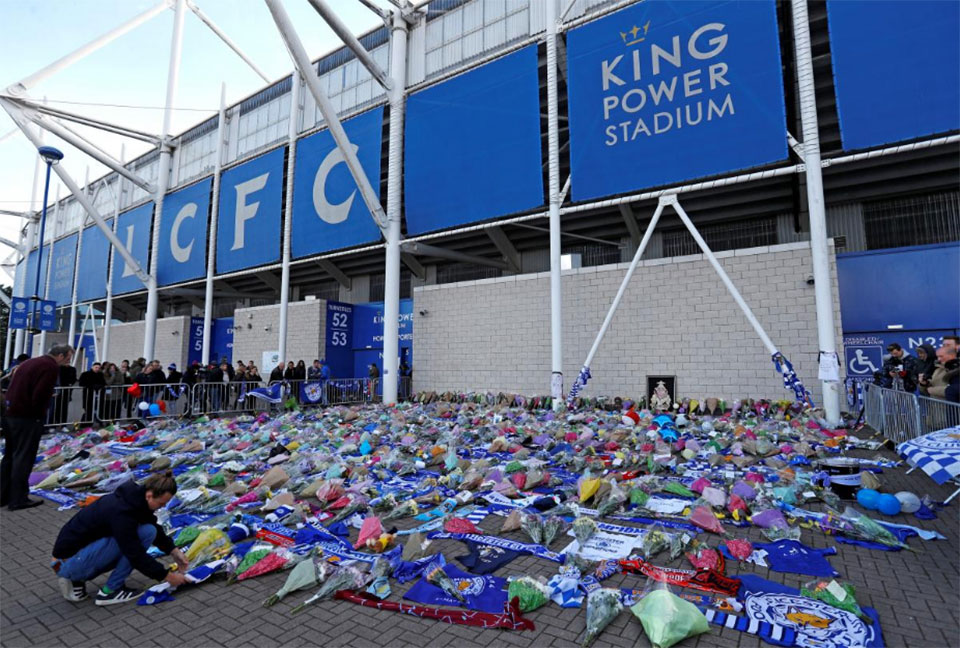 LEICESTER, Oct 29: Leicester City soccer club owner Vichai Srivaddhanaprabha, a Thai tycoon, was killed along with four others when his helicopter crashed and then exploded after a Premier League match on Saturday, the soccer club and police said.

Vichai bought the unheralded central England side in 2010 and went on to stun the soccer world by beating odds of 5,000/1 to win the Premier League title in 2016 in what amounted to a sporting fairy tale. 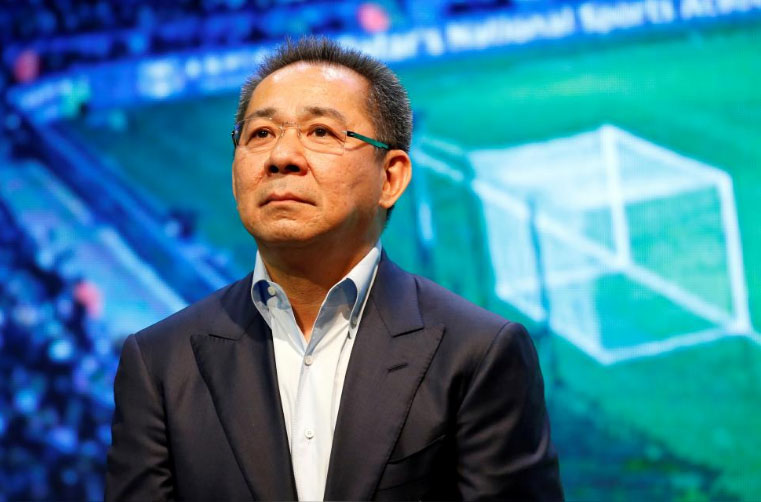 The father of four and founder of duty-free King Power International was a huge favourite with the club’s fans.

“It is with the deepest regret and a collective broken heart that we confirm our chairman, Vichai Srivaddhanaprabha, was among those to have tragically lost their lives on Saturday evening when a helicopter carrying him and four other people crashed outside King Power Stadium,” a club statement said on Sunday.

The aircraft came down in a car park near the King Power stadium shortly after 19:30 GMT, about an hour after the end of Leicester City’s game against West Ham United, police said.

The other victims were believed to be two members of his staff, Nursara Suknamai and Kaveporn Punpare, pilot Eric Swaffer and passenger Izabela Roza Lechowicz, Leicestershire Police said.

No one on the ground was believed to have been injured, they said.

According to witnesses, the helicopter had barely cleared the top of the stadium before it started to spin. It then plummeted to the ground and burst into flames.

John Butcher, who was near the stadium at the time of the crash, told the BBC his nephew saw the helicopter spiral out of control apparently because of a faulty rear propeller.

“Within a second, it dropped like a stone to the floor. ... Luckily it did spiral for a little while and everybody sort of ran, sort of scattered.”

TITLE WIN
After pumping millions of pounds into the club, Vichai helped steer Leicester back into the top flight in 2014 before they stunned the sport by beating the likes of Manchester United, Liverpool and Chelsea to become champions of England.

Hundreds of fans laid flowers, football shirts and scarves outside the stadium in tribute to Vichai on Sunday.

“He’s put so much money into the club. He has brought the club up from receivership, put the money in, built the team, won the Premiership,” 68-year-old fan Richard Mobbs told Reuters.

According to Forbes magazine, Vichai was the fifth-richest person in Thailand with an estimated net worth of $4.9 billion.

The self-made businessman’s duty-free company, founded in 1989, was granted an airport monopoly in 2006 under the government of Prime Minister Thaksin Shinawatra. It continued to prosper even after Thaksin’s ousting in a coup that year.

The investigation into the cause of the crash was being led by the Air Accidents Investigation Branch (AAIB), and was likely to take several days, the police said.

The maker of the helicopter, Italian aerospace company Leonardo SpA, said it was ready to help the investigation.

It said it was the first AW169 aircraft to be involved in an accident.

The EFL (English Football League) said Leicester City’s round-four Carabao Cup tie with Southampton, scheduled for Tuesday, had been postponed because of the incident. The tie was due to have been held at the King Power Stadium.

It said that as a mark of respect to those who died, players would wear black armbands at all EFL fixtures over the next seven days.

Permission granted to cut around 7,000 trees to widen Mugling-Pokhara road
21 hours ago

Woman arrested with seven kg of hashish
38 minutes ago