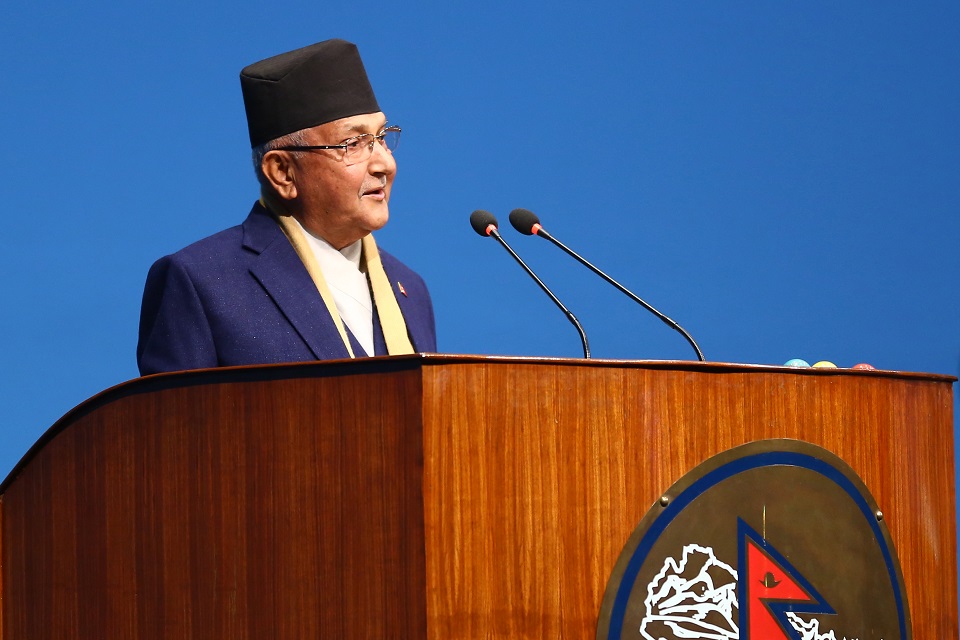 KATHMANDU, Feb 15: Prime Minister KP Sharma Oli has said action was forwarded on the Lalita Niwas scam based on the report of the probe committee.

Addressing the House of Representatives meeting today, PM Oli reiterated, "Based on the probe committee report, government forwarded it to the Commission for Investigation of Abuse of Authority (CIAA)."

Those implicated in the Lalita land scam are only accused ones, they could even be acquitted by the court. The constitutional commissions are autonomous bodies, so their integrity makes system robust, he stressed.

According to him, government was not biased to anyone. Proper investigation is done on gold smuggling and wide body plane purchase, among others.

The properties belonging to Nepal Trust would be utilized for country's welfare.

The PM further said as done on the Lalita Niwas, fair investigation would be carried out on Matatirtha land belonging to the Nepal Trust.

He argued that the land was distributed to the tenants against the Nepal Trust Act in 2069.

KATHMANDU, Sept 5: The Commission for the Investigation of Abuse of Authority (CIAA) has summoned more than four dozen individuals for... Read More...

Nobel Prize in Physics awarded to scientists Aspect, Clauser and Zeilinger
6 minutes ago