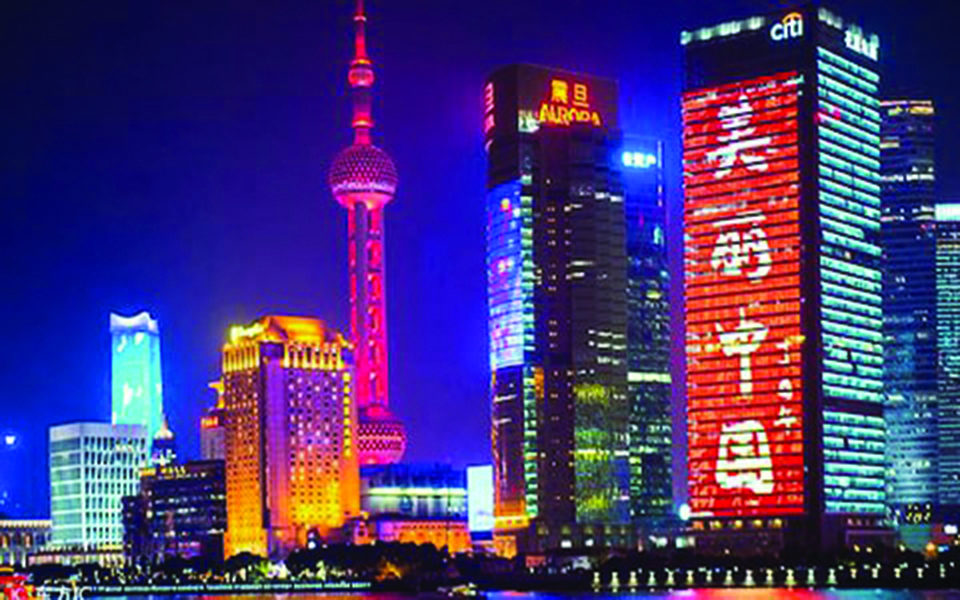 China is rising to superpower status in 40 years after Deng Xiaoping initiated reforms. We have lost 30 years of post-1990 doing nothing

A Chinese Professor said during a recent interaction: “Author does not matter as much as the book. At times, the title of the book sensationalizes readers so much that the book becomes popular.” This is exactly the case with the book The Coming Collapse of China by Gordon D Chang in which he makes wrong prediction about China’s future. We all know that China has become the second largest economy of the world and will soon become the first. And I saw how it will during my one-month long stay in China recently.

The Chinese success story reflects on its high-tech advances in every walk of life including giant infrastructural projects, huge manufacturing industries and overwhelmingly big stock of foreign reserve. At this pace of achievements in trade and commerce, China is strongly heading toward becoming the superpower.

“Beijing Consensus” has been one of the major foundations behind China’s rapid rise. This consensus is China’s model of economic development practicing the political principle of non-interference and self-determination. Scaled-up production, better living standards and a happy life style are what all Chinese wish and endeavor for.

Stability in governance, highly efficient workforce, prioritizing skill-building, sound infrastructure and the laws to promote free trade are the strengths of Chinese success. The high-speed trains, online shopping, e-payment system among others are common sights in China.  China is innovating every moment to move forward.

To minimize air pollution, people have bicycle sharing offer on the streets. For a very nominal hiring charge, anyone can enjoy the facility and thereby contribute in lowering the pollution. China is determined to curb its carbon emission by 2030 and control worsening air pollution replacing fossil-fuel-powered automobiles via green energy.

Infrastructure development is yet another area where China has recorded dramatic progress. It has left behind the rest of the world in building roadways, railways, bridges and hydropower plants.

The Belt and Road Initiative (BRI) projects have moved far ahead connecting the continents via roadway, railways and seaways.  Despite magical development in eastern part, the western part of the country is still underdeveloped. But they have plans to coordinate nationwide economic development by creating growth poles, urbanization, poverty reduction, safety nets, affordable healthcare system, and supporting ethnic minorities.

Though China is rising by leaps and bounds, Chinese people are very humble and do not display arrogance. They show a perfect welcoming gesture to the visitors. They still like to project China as the developing country.

Why can’t Nepal take such development initiatives? If China can develop magically, why can’t we? Nepal has an enviably diverse climate with boundless opportunities of tourism, hydropower and beyond. We should be able to bounce with a big bang given our strategic placement between India and China.

Lack of development has frustrated us but we need to realize that China was not built overnight. Mao and Deng Xiaoping have contributed a lot. The visionary reforms and liberal policy shift of Deng Xiaoping in 1978 were the ice-breakers.  His visions brought China far and high in a developmental scenario.  It took 40 years for China to enjoy the fruits of its hard work.

We in Nepal need to rise to the occasion and become proactive for developmental. There has to be a long term priority vision for sustainable development. Priority of our leaders should be this.

Sadly, we have lost 30 years of opportunities after the restoration of multi-party democracy in 1990. In these three decades we could have consolidated our resources and used them for our development. But we still have time. Together we can and should architect an emotionally sturdy, politically stable, economically sound, and developmentally strong Nepal.

A transit agreement with China was a long time coming. Nepal should have pursued one in the aftermath of the... Read More...

It’s too early to declare the divisive statute dead, but its dysfunction was visible from the day of its promulgation Read More...