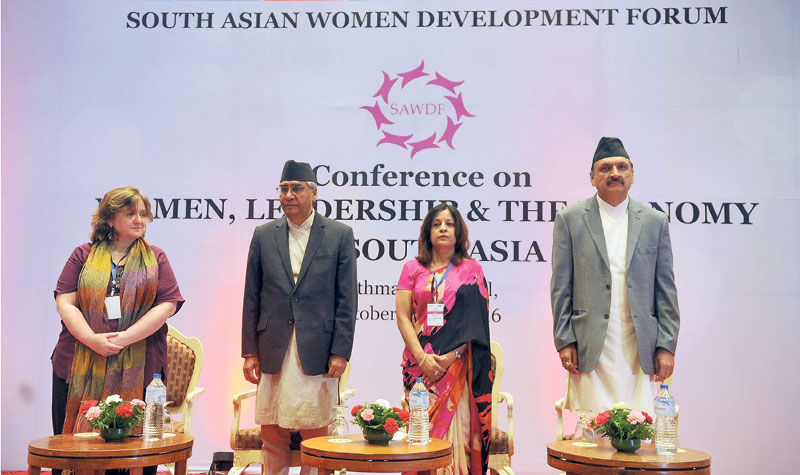 KATHMANDU, Oct 19: Political leaders and female business leaders have called for the harnessing of the full potential of women in South Asia to boost economic growth of the region.

Speaking at the inaugural session of a two day long conference on ‘Women, Leadership and the Economy in South Asia’ on Wednesday, former Prime Minister and Nepali Congress President Sher Bahadur Deuba said patriarchy in South Asia had narrowed the span of economic possibilities.

“Women’s formal participation in the work place needs to be pushed up. By pursuing equality at work and ensuring the protection and the voice of women, we can break barriers and open new economic opportunities,” Deuba said at the inaugural ceremony held in Kathmandu.

Representatives of 20 women’s organizations, federations and chambers from eight South Asian countries working in the socio-economic sectors as well as ministers, parliamentarians and experts are participating in the conference organized by South Asian Women Development Forum (SAWDF), a SAARC-recognized body.
Also speaking at the ceremony, Minister for Foreign Affairs Prakash Sharan Mahat said economic development could be achieved if women were left behind.

“We will be able to harness the full potential of the South Asian region only if men and women work together. Even though we have seen women in leadership positions in various countries so many times, we would like to see women leadership emerging at all levels to harness women’s potential fully,” he said.

We need to make sure that women’s contribution, either at home or outside the home, is fully reflected in the national accounting system,” he said.

Melissa Williams, Senior Rural Development Specialist at the World Bank, said that finding new and better jobs for over a million people who entered the work force every month would be possible only if the power and potential of women were harnessed.
According to Pramila Acharya Rijal, President of SAWDF, the conference will provide an opportunity to build a common strategy for promoting women’s economic empowerment and entrepreneurship in South Asia for deepening regional cooperation.  “South Asia is still home to a very large number of the poor and the women of South Asia have to be united to deepen the regional opportunities which are possible with the private sector development,” said Rijal. “The conference will prioritize various issues on female entrepreneurship and help them bring leadership to all levels,” she added. 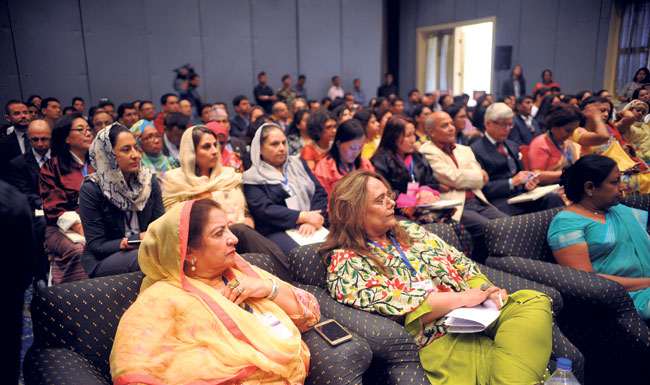