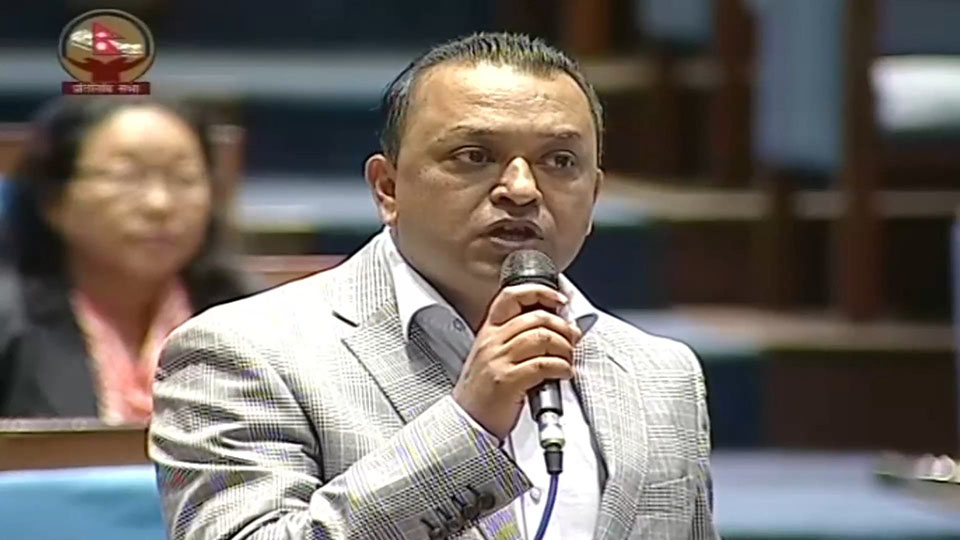 KATHMANDU, June 16: Lawmakers attending a meeting of the House of Representatives today have expressed their mixed views about the proposed Guthi Bill. Those representing the major ruling party, Nepal Communist Party, in the Lower House, have defended it, while some others from opposition parties came down heavily on it.

Putting their view in a special hour of the session, NCP lawmakers have claimed that the bill introduced to integrate and revise Guthi related laws was capable of further managing the Guthi system. They claimed the document could pave away for addressing the demands of Guthi holders and other related people. But those from the opposition parties claimed that the bill would affect ages-old Guthi tradition and customs.

The lawmakers defending the document expressed their concerns that there was a melee unnecessarily carried out when it was yet to register in the House, and urged agitating parties not to run after rumours that it would destroy the Guthi tradition and culture.

But, opposition parties including the main opposition Nepali Congress who are against the bill demanded that the government pulls off the bill, and replaces it with a new one as the proposed bill would destroy centuries-old Guthi tradition, customs and culture. Ruling party NCP’s Shanta Chaudhary defended the bill viewing that the Guthi-related bill would not eliminate Guthi life.

Gagan Kumar Thapa of the main opposition NC, accused the government of attempting to squeeze the right to opinion and freedom of expression guaranteed by the Constitution. He described the Guthi Bill and the information technology related bill as documents against the people’s sentiments, and sought their withdrawal. NCP’s Kedar Sigdel urged timely completion of development activities, maintain of good governance and corruption control.

Rajendra Lingden of Rastriya Prajatantra Party urged the government to pull out the Guthi Bill, reasoning the bill would affect ages-old custom. Likewise, Prem Suwal of Nepal Workers’ and Peasants’ Party drew the attention of the government to correct the bill, stressing the need for vesting the responsibility in local level to protect the civilisation and culture.

However, Metmani Chaudhary and Bimala BK defended the bill on the grounds that it was trying to manage Guthi more effectively, make festivals livelier and protect culture. Likewise, Indu Kumari Sharma complained that the vacancy announcement by the Public Service Commission was not in line with the constitution, inclusive and proportional.

Prakash Rasaili questioned a slow-paced construction of the Budhigandaki Hydropower Project and accused the incumbent government of failing to control corruption. Similarly, Gauri Shankar Chaudhary demanded compensation to those who survived a recent storm in Kailali and Kanchanpur districts, free treatment for the injured and repair of damaged electricity and drinking water pipes.

KATHMANDU, March 3: A meeting of the National Assembly scheduled for 1 pm today has been postponed till Tuesday. ... Read More...

Over 10,000 people enter Nepal via Gaddachauki in a week for Dashain
12 minutes ago

Coronavirus infection confirmed in 38 people on Wednesday
52 minutes ago