Landslide kills three of a family in Dhading 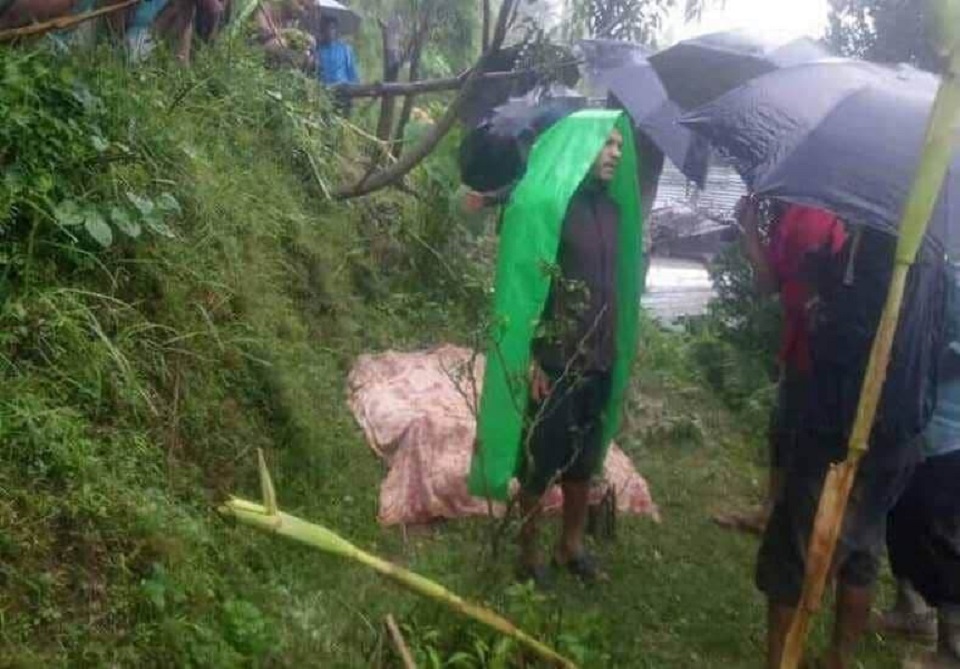 DHADING, July 21: A landslide triggered by incessant rainfall for the past two days killed three people of the same family in Dhading on Tuesday morning.

Milan Khad, 25, Samjana Khad, 22, and their two-year-old child Anjita Khad of Tripurasundari Rural Municipality-6, Agnichowk were killed in the landslide, according to Deputy Superintendent of Police, Rupak Khadka at Dhading District Police Office.

Vehicular movement in the Prithivi Highway has come to a halt due to landslides.

The Metrological Forecasting Division has said that Nepal is expected to receive the monsoon rainfall till Friday. The Department has also asked people to take necessary precautions and stay in safe areas.

One buried to dead, two missing in landslide in Sindupalchowk

MELAMCHI, Oct 1: One person died and two others from same household have gone missing when a rain-triggered landslide occurred... Read More...

PYUTHAN, July 28: The flood and landslide victims have not received relief materials in the district over procrastination of the... Read More...

RATNANAGAR (Chitwan), June 27: The busy Narayangadh-Muglin road stretch was struck with yet another landslide at 5 am today blocking... Read More...