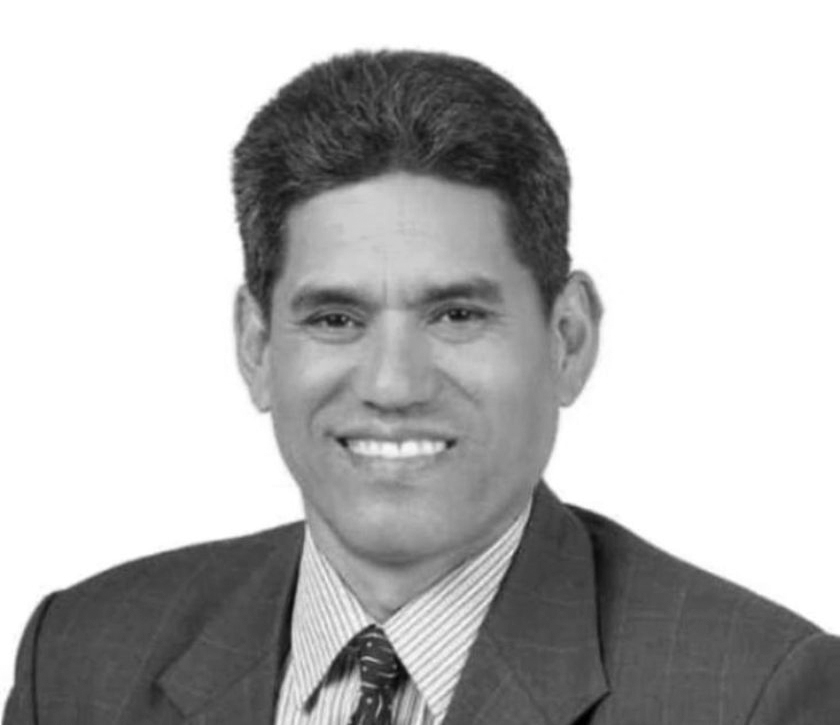 KATHMANDU, July 29: Yukta Prasad Shrestha, one of the accused in the Lalita Niwas land scam, committed suicide on Sunday following his latest grilling by investigators from the Commission for the Investigation of Abuse of Authority (CIAA) for his alleged involvement in the scam.

Deputy Superintendent of Police (DSP) Hobindra Bogati at the Metropolitan Police Range, Kathmandu said Shrestha died while being taken to hospital by police after he jumped off the window of Machhapokhari Shopping Center in Balaju.

“He was critically injured when the locals informed us that a man had jumped off an eight-story shopping mall,” said DSP Bogati, adding, “He died on the way to People's Hospital.”

Shrestha, a former non-gazetted officer at the Dillibazaar Land Revenue Office, was interrogated by the anti-graft body time and again for his alleged involvement in registering 114 ropanis of government land in the names of various individuals.

CIAA official admitted that the deceased was under the anti-graft body's scanner in “a case related to land administration".

“He was accused of being involved in corruption and investigators had recorded his statements over a land-related case time and again,” said CIAA Spokesperson Pradeep Kumar Koirala.

Spokesperson Koirala refused to comment on Shrestha's death saying that the commission cannot comment over personnel or family matters once someone accused in a corruption case commits suicide.

Police said Shrestha's body was taken to the TU Teaching Hospital for postmortem. Sources privy to the land-scam investigation said Shrestha was frustrated after the anti-graft body started recording his statements.

The anti-graft body is preparing to file a corruption case against scores of people allegedly involved in the land scam.

Shrestha had appeared before the anti-graft body along with his former boss Deuja in course of recording statement, said informed sources.

The descendants of Subarna SJB Rana, including his son Rukma Shumsher Rana, the purported tenants, land mafia and land revenue officials had allegedly transferred the ownership of the land that was acquired by the government after paying due compensation to the owner between 2021 BS to 2028 BS.

Ram Kumar Subedi, Shobha Kanta Dhakal and Bhat Bhateni Supermarket chain's owner Min Bahadur Gurung, among others, had transferred the ownership of the land in their own names in 2049 BS by colluding with corrupt bureaucrats and politicians.

Shrestha is said to be one of the government officials involved in producing fake owners during his stay at the Dillibazaar Land Revenue Office and registering the public land as private property.

Shrestha had joined politics after retiring from a government jobs. Before committing suicide, Shrestha was working as the secretary of the Parbat district chapter of the Nepali Congress. He was also involved with the Lions Club.

“Being a social activist, he was active in every fronts of society. After serving as the national governor of the Lions Club he was nominated the secretary of NC's Parbat district chapter some three years ago,” said Rajendra Tiwari, an NC leader from Parbat.

Shrestha's son and daughter are said to be medical practitioners based in Kathmandu.

KATHMANDU, June 27: It has emerged that the land mafia created fake tenants to illegally grab Lalita Niwas land, as the... Read More...

KATHMANDU, April 22: It has been revealed that the land mafia while selling the Lalita Niwas land had falsely undervalued the... Read More...

Why did the people of Dharan elect independent Sampang as their mayor?
8 minutes ago