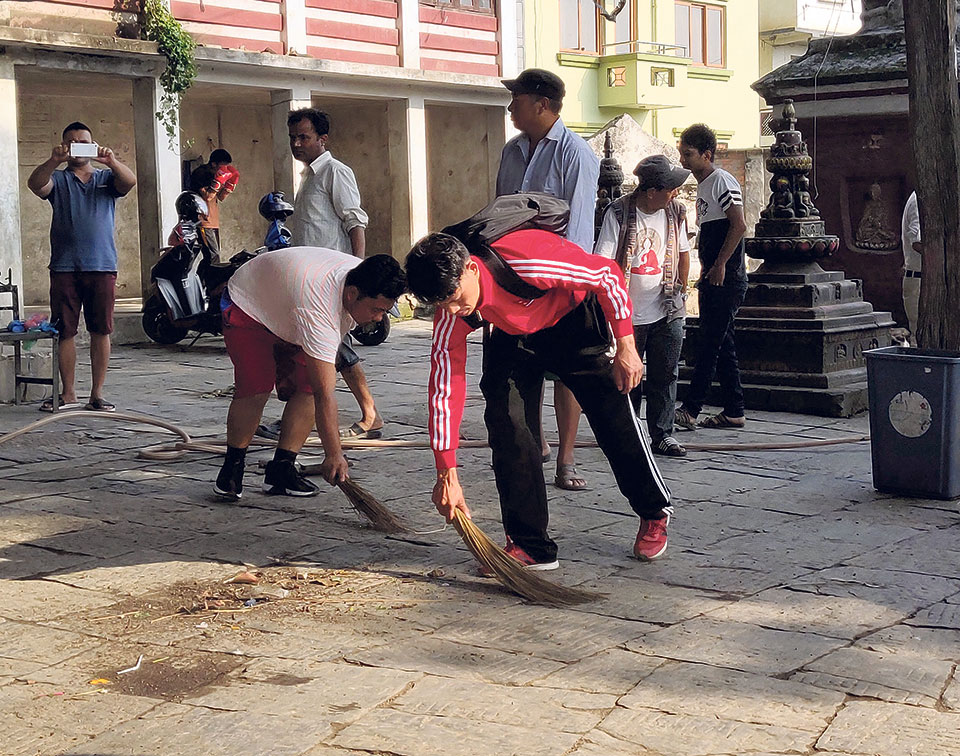 KATHMANDU, June 17: The residents of Lakhatirtha in Dallu, Kathmandu, who had been suffering from the problem of drinking water shortage for nearly a decade, have taken a community-based initiative to resolve the problem. They formed a committee named Lakhatirtha Parishar Samiti (LPS) about six months ago, and after intense planning and multiple meetings, started distributing drinking water about two weeks ago from a public water tank built at the historical religious site.

The water tank was built at the historical site for religious purposes for which funds used to come through charity. However, that stopped and the empty water tank became unused. When the locals finally decided to take the matter into their own hands, Nepal Water Supply Corporation (NWSP) agreed to provide a weekly supply of a tank of water for the locals to distribute and use among themselves.

Now, each family in the area is provided with around 30 to 40 liters of water twice every week. Pradeep Lal Khadgi, coordinator of the LPS, said, “Drinking water shortage is a severe problem throughout the country. We had to take the matter into our own hands after the issue remained unsolved.”

A local, 33 years old Ajay Khadgi, however, says that the solution is only temporary and it is high time that the government and the authorities concerned did their job and provided a long-term solution. Another local Anju Shahi complained, “We are paying the charges and fines even at the shortest delays but we don't get supply of water.”

Lakhatirtha had been deprived of drinking water for over a decade, with the residents forced to buy drinking water on a regular basis to meet their water demand. Water tankers cannot pass through the narrow streets in the area, and not every house is connected to water supply pipes. LPS Coordinator Khadgi says that many locals had been buying bottled water bottles out of compulsion, as there was no other alternative.

Apart from taking the initiative aimed resolving the drinking water shortage, the locals have also begun a weekly clean-up to keep their community clean. For that, the locals gather with brooms and clean the entire locality every Saturday. Efforts are also being made to revive the Lakhatirtha Youth Club.

The Lakhatirtha community can be an example for others. “We decided to step forward and work to resolve our problems on our own,” LPS Coordinator Khadgi said, adding, “By forming a united front and putting in extra effort, we are trying to resolve the problems.”

GORKHA, Feb 21: A settlement of earthquake survivors at Simalchour of Gorkha municipality -6 has been facing acute shortage of... Read More...

KMC will continue its programs according to its policies: Mayor Balen
50 minutes ago