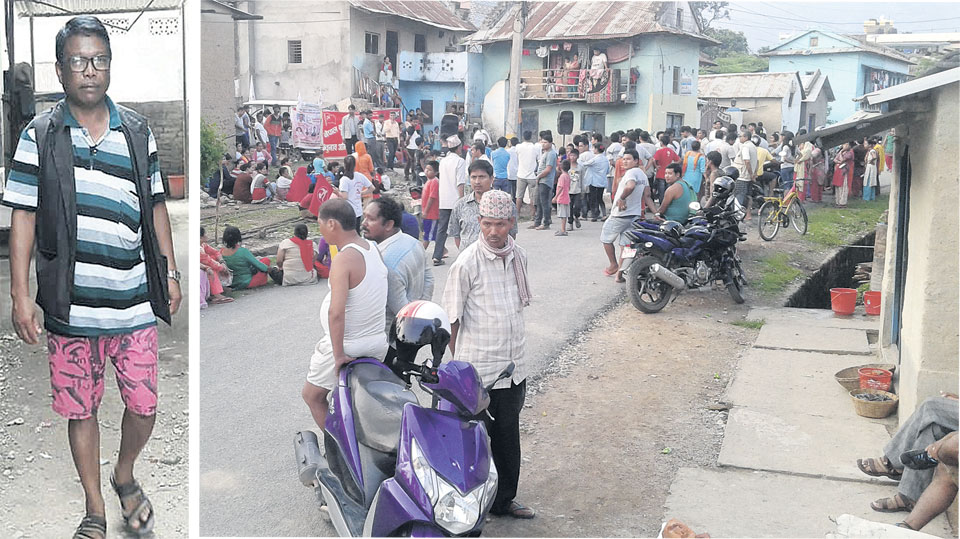 DANG, June 27: While the fervor of local election announced after a hiatus of 20 years has gripped people of all communities, Kusunda, an endangered tribe, has remained untouched by it. Speaking at an interaction program organized by the Nepal Republic Media recently, Dhan Bahadur Kusunda, of Dang lamented “our tribe is already on the verge of extinction because of the negligence and ignorance of government and political parties.”

“Local elections are just around the corner but political parties have not yet come to our house seeking votes. They visit every community and villages but so far not even one of them has visited us. It feels as if we are not the citizens of this state.”

At a time when the whole nation is gripped with local elections, the Kusundas are not even aware of it. “Are we not the voters of this nation? If every vote counts why aren't the political parties making efforts to woo us for our votes?” he questioned.

He said that the negligence is historical. Political parties and leaders had neglected them in previous elections as well, he said. They had never stepped into their houses during the constituent assembly or parliamentary elections held so far, but Kusundas had expected that atleast for the local elections, they would. He said that he was not expecting their community to be neglected in this local election, being held after two decades.

They were eagerly waiting to welcome the candidates to their homes. But their hopes were dashed after politicians or candidates did not show up, as usual. On Monday, he told Republica that none of the political parties or candidates contending the elections has visited them canvassing for votes. “Why so much of hatred for us?” he questioned.

Though no candidates visited his home, Dhan Bahadur who runs a rickshaw in the local town often faced off with the election candidates. At that time, he discussed with them the issues regarding their conservation and continuity of their lineage. But the answers given by candidates made him further sad. Candidates assured to fulfill his demand only if he took the membership of their party.

“We are concerned about the continuity and existence of our tribe, nothing more,” he said adding “We have decided not to take the membership of any party also because we have got nothing to do with politics.”

Despite the ignorance about the manifesto of the political parties, members of this rare tribe expressed great excitement as they would be able to exercise their voting rights in the local elections. They are hopeful that local election might address their concerns and problems. “Maybe the new local representatives will make some efforts towards ensuring continuity of our tribe,” said Dhan Bahadur.

There was a time when Kusunda's used to live their life in jungles along with the Raute's. However, by 1978/79 they settled down and began living in a community.  But the tribe still lives in unregistered land so.

They have been demanding proper shelter and land for them to make a living. As stated by Dhan Bahadur, even after being the part of the society, they have not been able to live a normal life like other communities.

This tribe now has put their hope on representatives that will be elected from the local elections. They have a hope that they will address their concerns and provide opportunities which they have been demanding. “We have been living in unregistered land since a long time. As citizens of this nation, we demand that the nation provide us with land and means to make a decent living,” said Dhan Bahadur. Though many authorities and organizations had promised to solve their problems, so far none have kept their promises, Dhan Bahadur said.

As per government records, there are altogether 273 Kusunda's in Nepal. In Dang, there are around fifteen such families. Besides that, they have been scattered in various districts like Argakhanchi, Kapilvastu, Gorkha, Tanahu, Pyuthan and Surkhet. “If government could manage a commonplace for all the Kusunda tribes, it would be easy for us to conserve our culture, traditions, customs, language among others,' said Dhan Bahadur. He further informed to Republica that only two elderly people in his locality are able to speak the original language of Kusundas. “Our language and culture is slowly disappearing form our society and I don't know if the state will do anything for conserving it,” he said.

Apart from the political parties and candidates, members of the tribe expressed disappointment with the election commission for depriving them of voter's education. Because of it, they said that they are not confident if they will be able to cast their votes correctly.

Apart from the political parties and candidates, members of the tribe expressed disappointment with the election commission for depriving them of voter's education.

Neel Kantha Uprety, the Chief Election Commissioner during the second Constituent Assembly elections in 2013, believes it is possible to hold... Read More...