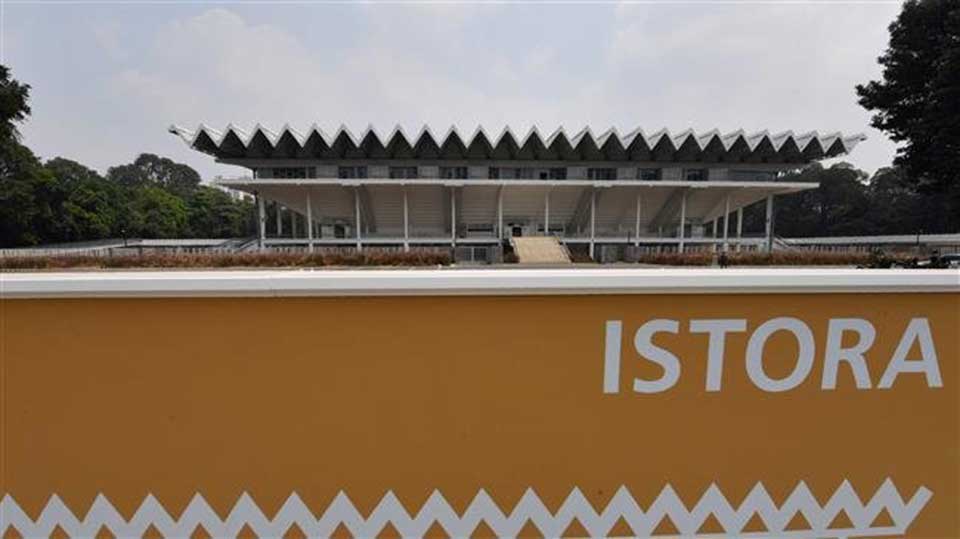 The file photo, taken on July 17, 2018, shows a general view of Istora Stadium at the Senayan sports complex in Jakarta, Indonesia. | Photo: AFP

TEHRAN, Sept 24: North Korea and South Korea have agreed to form unified teams for some sports at the upcoming Asian Para Games, in another sign of improving relations between the neighbors.

Majid Rashed, chairman of the Asian Paralympic Committee, said in a statement posted Sunday that the neighbors would march under a neutral Korean peninsula flag in the Indonesian capital, Jakarta, on October 6-13.

"This is the first time the two countries have paraded together and competed together at a para-sport event," the statement read.

According to the statement, flag-bearers from each country will carry a Korean unification flag and competitors will wear the same uniforms at the opening and closing ceremonies.

About 100 athletes from South Korea and 20 from North Korea will compete at the multi-sport event.

Some 3,000 athletes from 43 countries are expected to take part in 15 Paralympic and three non-Paralympic sports during next month's event.

The two Koreas formed unified teams for some events at the Asian Games in Jakarta and in Palembang from August 18 to September 2. They secured one gold, one silver, and two bronze medals.

Earlier this month the two countries announced a joint bid for the 2032 Olympics.

North and South Korea also in February fielded a combined women’s ice hockey team at the Pyeongchang Winter Games and marched together at the opening ceremony.

South and North Korea suddenly began to mend ties in January. Later, the United States, too, engaged in diplomacy with Pyongyang, which culminated in a summit between US President Donald Trump and the North Korean leader Kim Jong-un in Singapore on June 12.

North Korean leader Kim Jong-un and South Korean President Moon Jae-in first met in April in a highly publicized summit in Panmunjom at the Korean Demilitarized Zone (DMZ), where they signed a joint declaration and agreed to work for the “complete denuclearization of the Korean Peninsula.”

They met again in May for more informal talks and agreed to meet again sometime in the fall in North Korea’s capital, but released no details.

North Korea's leader and the South Korean president came face-to-face again during a summit in September.

North Korea has said denuclearization will have to be phased, with each stage coming in return for reciprocal steps by the United States, potentially including the removal of American forces from the region. No specific steps have been designated toward that goal, and Pyongyang says while it has taken several goodwill measures, including the suspension of missile and nuclear tests, the American side has taken no moves in return.

Availability of animal carcasses attracting vultures to Tanahun
34 minutes ago