Klopp's decision to field youngest ever side backfires 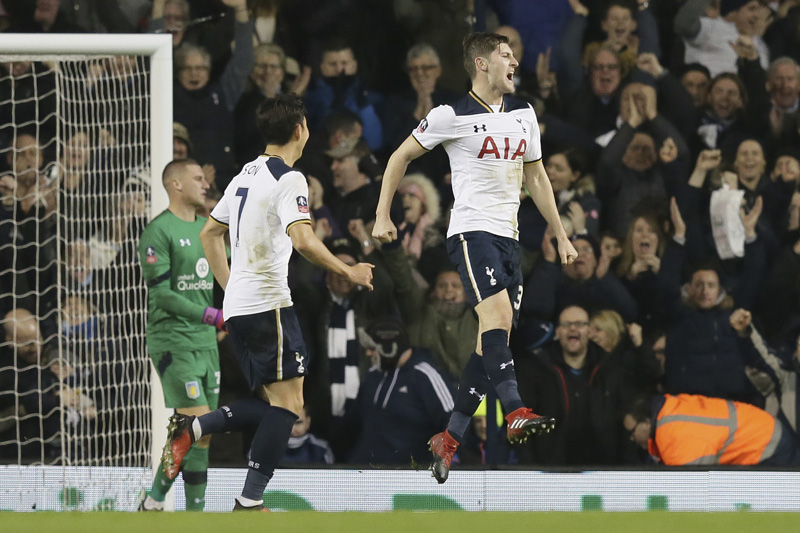 Juergen Klopp's decision to field Liverpool's youngest ever team backfired Sunday as the Premier League title contender was held 0-0 at home by fourth-tier Plymouth in the third round of the FA Cup.

Tottenham manager Mauricio Pochettino also made sweeping changes, and was made to sweat as his side left it late to beat second-tier Aston Villa 2-0.

With games coming thick and fast during the festive season and a midweek trip to Southampton looming in the first leg of the League Cup semifinals, Klopp made 10 changes from the team that drew 2-2 with Sunderland on Monday.

But instead of keeping players rested for other competitions, the Liverpool manager now faces an unwanted replay at Plymouth.

"It's my responsibility, the whole thing, the lineup and performance. We could have done better," Klopp said. "If you want to see it (the result) in a bad way then I am 100 percent responsible, I have no problem with that."

Liverpool is in second place in the Premier League and well positioned to challenge for the title. Plymouth is second, too, but in the far less glamorous League Two. Despite this it still seemed a risky move by Klopp to select a team with an average age of 21 years, 296 days.

"There is a long season still to go and we need to change," Klopp said. "If you make that many changes, it doesn't make it easier for the boys."

Woodburn and Ojo went close early on as Liverpool dominated. But for all of its possession, Liverpool struggled to create further chances.

"We started well but then we lost patience too early," Klopp said.

Klopp brought on Sturridge shortly after the hour mark, and he went close almost immediately with a low shot past the right post.

Sturridge then clipped another shot narrowly wide as Liverpool continued to push forward. But even with the introduction of Lallana and Firmino late on — and six minutes of injury time — the winner never came.

There were no such frustrations at Stamford Bridge, with Belgium striker Michy Batshuayi and Brazil midfielder Willian getting the other goals.

Also, 16-year-old Ryan Sessegnon scored Fulham's winner in a 2-1 win at Cardiff — a match pitting teams from the second-tier Championship.

Defending champion Manchester United crushed Championship side Reading 4-0 on Saturday, but Premier League Bournemouth, West Bromwich Albion and Stoke lost to lower-league opponents, while Arsenal needed a late winner against Preston to reach the fourth round.

Striker Michy Batshuayi got a rare start and welcome goal for his club while Spanish forward Pedro made it three in three games.

After Pedro put Chelsea ahead in the 18th minute, Batshuayi made it 2-0 shortly before halftime.

Midfielder Ruben Loftus-Cheek expertly cushioned a cross from the right into Batshuayi's path, and he drilled in a low shot into the bottom corner for his fourth goal of the season.

Since joining from French club Marseille for a reported fee of 33 million pounds (around $40 million), Batshuayi has struggled to get games and he had not scored since netting twice in the League Cup on Aug. 23.

Pedro set up Willian's goal in the 53rd for 3-0 and — after John Terry was shown a straight red card for hauling back Lee Angol — forward Tom Nichols scored for the visitors.

Defender Ben Davies' first goal for the club was a timely one after second-tier Aston Villa frustrated the home side.

Mauricio Pochettino made nine changes from the Tottenham side that beat Chelsea 2-0 in the Premier League on Wednesday and fans at White Hart Lane had to wait until Davies headed home in the 71st minute.

Central midfielder Grant Leadbitter put the Premier League side ahead with a free kick in the 58th minute, and Spanish forward Alvaro Negredo showed his alertness to make it 2-0 shortly after.

Negredo charged down goalkeeper Joe Wildsmith's attempted clearance, and the ball went off Negredo and into the net.

Dutch midfielder Marten de Roon wrapped up the win against the Championship side in injury time.

MAKWANPUR, Feb 12: The announcement of Hetauda Sub-metropolis to provide land to the parliamentarians of Province 3 along with accommodation facility... Read More...

'Decision based on past practices'