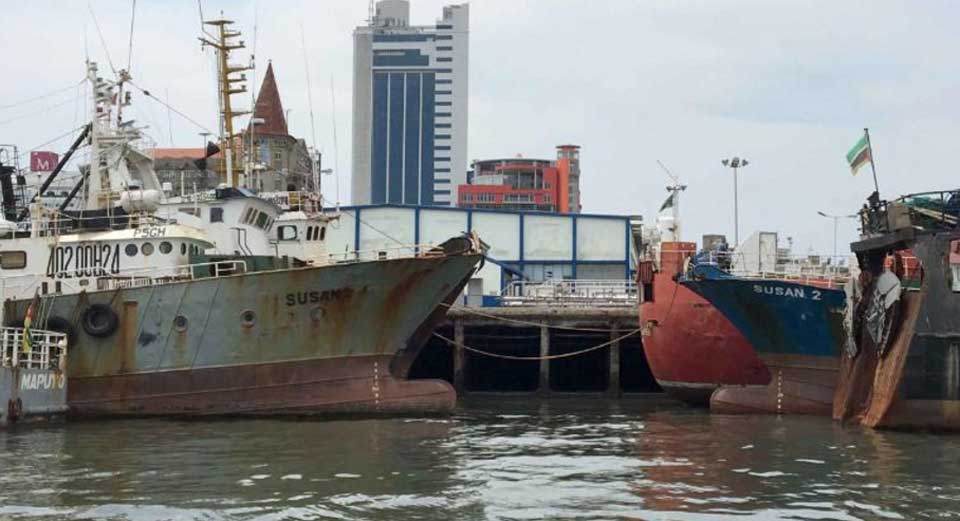 North Korea, Feb 4: On the surface, there is nothing remarkable about this sleepy fishing port in Maputo. But hidden from view, wedged between the other boats and ships docked there, are the rusty Susan 1 and Susan 2. These are not ordinary fishing vessels, but sanctions-busting trawlers manned by crews from North Korea.

Pyongyang's interest in a couple of aging African trawlers may seem odd at first. But fishing is big business in Mozambique -- it's one of the country's most lucrative industries. North Korea wants a slice of that much-needed cash, and boats are easy to move and conceal.

Joint fishing ventures are just one area of illicit trade the two countries are engaged in. In a months-long investigation, CNN uncovered a secret web of front companies, military cooperation and elite-forces training deals between North Korea and Mozambique, all in violation of international sanctions, according to United Nations investigators.

The cooperation is sealed with illegal contracts worth millions of dollars. The money is funneled through regionally based North Korean diplomats to Pyongyang, some 7,500 miles away.

US officials have long maintained that the money from ventures like this goes straight into North Korean leader Kim Jong Un's notorious nuclear slush fund, known as Office 39.

The Trump administration wants to stop the money flowing. Tougher UN and US sanctions, sustained pressure on China and executive orders are all part of Washington's playbook to squeeze North Korea.

North Korea earned nearly $200 million by exporting coal and other banned commodities between January and September 2017 in violation of UN sanctions, according to an unpublished UN report.

The report is still confidential and has been sent to the UN Security Council sanctions committee on North Korea.

The UN revealed its investigation into military links between Mozambique and North Korea in a 2017 report, but cooperation between the two countries is more substantial than earlier thought.

Two Mozambican military sources told CNN North Koreans have been training elite forces at a base in Maputo for at least two years.

Hugh Griffiths, chief investigator of the UN Panel of Experts, listed a number of military activities between the countries, all of which have been banned under sanctions since 2006.

The UN panel produces biannual reports to name and shame alleged sanctions violators. They have previously reported alleged North Korean military links to Mozambique worth at least $6 million. A shady front company called Haegeumgang was used to run the operation.

The report states that North Koreans have bolstered Mozambique's Soviet-era technology and capabilities, used in a long-running and intermittent armed conflict with rebel forces in the northern half of the country.

Officials at Mozambique's Ministry of Defense declined to be interviewed on camera and didn't respond to specific queries on military ties. Griffiths said it was vital to cut these revenue streams.

"The foreign currency generated and the revenues generated from all of this conventional military activity can be used to fund the DPRK -- that's North Korea's -- prohibited nuclear and ballistic missile programs," he said.

The North Korean Embassy in South Africa could not be reached for comment.

A report from a UN panel of experts from September 2017 alleges that Haegeumgang was instrumental in providing the military support to Mozambique.

As North Korea's biggest trading partner, China is often singled out by US President Donald Trump for not severing ties. But UN and US investigators are taking a much closer look at African countries' relationship to North Korea, investigating at least 11 different nations.

Many African liberation movements had ties and support from the North Korean regime before independence and through the Cold War, though the extent of the connections has been questioned by some.

Mozambique is no different. Every day around Maputo's main traffic circle, yellow-and-green taxis skirt a North Korean-made bronze statue of Samora Machel, Mozambique's founding President. One hand points to the sky, the other is hitched to a military belt.

The statue, unveiled in 2011, bears only a passing resemblance to the man. The UN Security Council passed sanctions targeting Pyongyang's statue-making business in late 2016.

Just a couple of miles away, a leafy road in the city still bears the name Kim Il Sung Avenue, after North Korea's founding dictator.

A statue of Samora Machel in downtown Maputo. The statue was built by Mansudae, a North Korean entity that has built statues and monuments across Africa.

A statue of Samora Machel in downtown Maputo. The statue was built by Mansudae, a North Korean entity that has built statues and monuments across Africa.

Mozambique faces the difficult choice between lucrative North Korean contracts and keeping the US and UN happy. Mozambique is one of the world's poorest countries and received more than half a billion dollars from US agencies in 2016 alone.

"I think we have every reason to believe that our relationship with the United States is great," said Alvaro O'da Silva, a director at Mozambique's Foreign Ministry.

O'da Silva says that the North Koreans still in Mozambique are legitimately engaged in "social and technical" fields, saying they are not breaking UN sanctions.

"At this moment, we are implementing all the sanctions that were declared by the United Nations against North Korea," he said. He later backtracked, saying he didn't have "detailed information" about sanctions.

The evidence of sanctions violations is clear. And North Korea's attempts to keep funding flowing are always shifting in new directions, said Griffiths, the UN investigator.

Shipping records show the Susan 1 used to be registered under a North Korean flag. Now it flies the flag of Namibia -- another country implicated in sanctions-busting trade, a recent CNN report found.

The Namibian government did not respond to queries regarding the re-flagged trawler. But the North Korean fishermen are still there in their boats. In the evenings, they sometimes wander into town to shop, unfazed by the geopolitical implications of their stay.

I will take home the image of Nepalis cheering Pakistani team during SAG: Ambassador Javed
12 hours ago

The government itself is breaking the law
6 hours ago