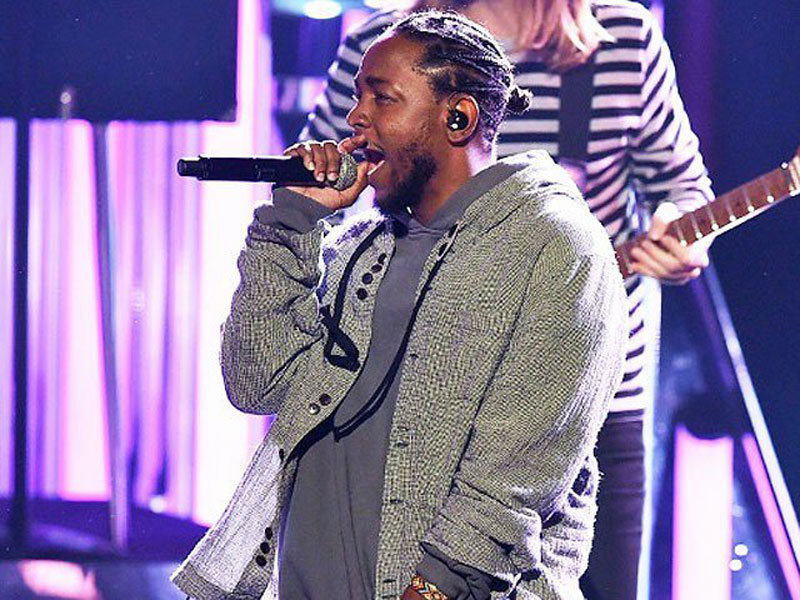 Kendrick Lamar, one of the most happening voices in hip-hop, took on both US President Donald Trump and rivals in the rap world through a new song.

Lamar late Thursday dropped The Heart Part 4, a nearly five-minute track of rapid-fire rhyme that, in contrast to his often eclectic musical influences, is led by an unadorned bass line.

“Donald Trump is a chump / Know how we feel, punk / Tell ’em that God comin’ / And Russia need a replay button, y’all up to something,” he raps, referring to the Trump presidential campaign’s alleged ties with Russia.

Lamar has been an active social commentator. His Alright became an unofficial anthem of the Black Lives Matter movement.

More unusually for the 29-year-old Lamar, much of The Heart Part 4 is about boasting of his own status in hip-hop.

“30 millions later, my future favours / The legendary status of a hip-hop rhyme saviour,” he raps, exalting both his earnings and his skill.

In several cryptic verses in the song, Lamar appears to take shots at other rappers -especially Drake, the Toronto superstar, whom he suggests is overrated.

The Heart Part 4 is loosely inspired by funk legend James Brown’s Don’t Tell a Lie About Me and I Won’t Tell the Truth On You, off his 1974 double-album Hell.

If Lamar releases new music on April 7, it would come little more than a week before he is one of the headliners of Coachella, the premier music festival in California.

BEVERLY HILLS, July 29: It was Kendrick Lamar’s friendship with 50 Cent that helped him get a guest role on Starz’s... Read More...

Kendrick Lamar pulled off the biggest US album debut this year with “DAMN.” which sold 603,000 copies or equivalent in... Read More...