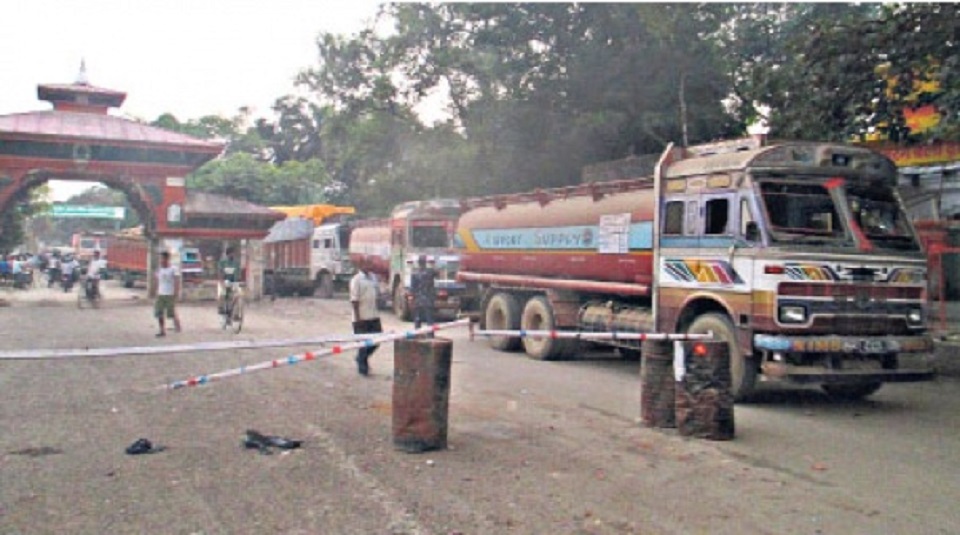 The author is Retired Major General of Nepal Army
nbkandel@yahoo.com

Before the Sugauli Treaty we had a closed border to the south. Following the annexation of Naya Muluk in 1860 it became controlled border and gradually changed into an open border.

Territory, legitimate government, population, recognition by other countries, sovereignty and military force constitute a state. Among all the elements territory is the first and foremost important element. And that particular territory of a state has to be defined, delineated and well protected. The people of that particular state have sovereign rights within that designated borders.

As a landlocked country, Nepal’s concern is with land borders and air space. Border delineation is done by surveyors. The Afghan-Pakistan border was delineated by surveyor Durand and is called Durand line. Similarly the border between India and Pakistan was delineated by another surveyor McMahon and is called McMahon line. In United Kingdom’s border history; there is a primitive type of border made by Roman Emperor Hedrine in Northern Britannia. It is called Hadrine Wall. Many tourists visit that wall with great interest.

Strategic vision of Great King Prithvi Narayan Shah, who sacrificed his youth in unifying the then princely states into a larger entity of Nepal, was to keep Nepal away from then colonial powers. He did his best to defend his borders. His successors maintained that spirit till Sugauli Treaty of 1816.

Almost 300 years back it was too difficult to visit the borders to the high Himalayas to the North and the malaria affected dense jungle borders to the South. We can imagine the amount of pain and risk taken by our former heads of the state, military leaders and our nationalist forefathers.

In Nepal’s border history Junga Bahadur Rana is another hero we must remember. He tactfully handled the sensitive border issues with then British Indian Government and erected 400 border pillars in Nepal-India border. We must salute Junga Bahadur and those 400 pillars as they are firmly standing and guarding the borders day and night. They are called Junge Pillars. These pillars can only speak the truth of border history in Nepal-Indian border. Having so much of resources and modern technologies, no other successive governments have been successful in improving the status of our borders. Only few cosmetic efforts have been made so far in this regard.

Before signing the Sugauli treaty we had a closed border to the south. Following the annexation of Naya Muluk in 1860 it became controlled border and gradually changed into open border. The reason for making open border was firstly to ease Gurkha recruitment, secondly to export Indian goods to Tibet and Nepal and thirdly to import raw materials mainly timber, herbs and animal hides from Nepal. After India’s independence in 1947 and establishment of democracy in Nepal in 1950, Nepal-India border became more relaxed.

Our northern border is delineated along geographical features. Nepal shares 1414s km long international border with China. Limited numbers of pillars are erected in physically viable locations only. Rest is followed by crest line, rivers and passes. In 1961 a border agreement was signed between Nepal and China. There is no much tension in Nepal-China border because it is regulated. Nepal and India share almost 1850 kms long open border in 26 districts. There are 8553 pillars along the border. About 903 of them have been swept away by floods or have gone missing. Nepal says almost 93 percent of Nepal-India border has been delineated. But India claims that 97 percent of it is finished.

There is border debate in 71 locations with India. Kalapani and Susta are main unresolved areas with approximately 374 sq kms and 1500 hectares of land respectively for several years. After the political change of 2063 BS, India and Nepal had agreed to review the Sugauli Treaty. The review committee has already submitted the report. But nothing has been done about it. Nepalis want Sugauli Treaty to be reviewed in a manner acceptable to both the neighbors.

Take an example. Two sons of a father divide a piece of land as parental property. They build their houses and erect solid structure compound wall. Though this wall physically divides them but in terms of their relation, it unites them for years and years. Instead of this if clear demarcation is not drawn and no wall is erected there will be always matter of debate and subject of enmity between the two brothers. The same principle applies between the two neighboring countries.

Open borders are always vulnerable to misuse by either side. Security challenges will be far more complex with open borders. It’s time for Nepal and India to think seriously about it.

The author is Retired Major General of Nepal Army