KATHMANDU, Feb 26: Bird flu, also known as avian influenza (H5N1), has been detected in Tarakeshwar Municipality in Kathmandu, for a second time, officials said on Friday.

The Department of Livestock Services under the Ministry of Agriculture said that the virus has been confirmed on a sample from a commercial poultry farm at Tarakeshwor Municipality in Kathmandu. The test was conducted at the Animal Disease Investigation and Control Division, according to Department's director general Dr. Damayenti Shrestha. This is the second time that Tarakeshwor reported the bird flu in less than a month. Earlier the virus was detected in the last week of January. 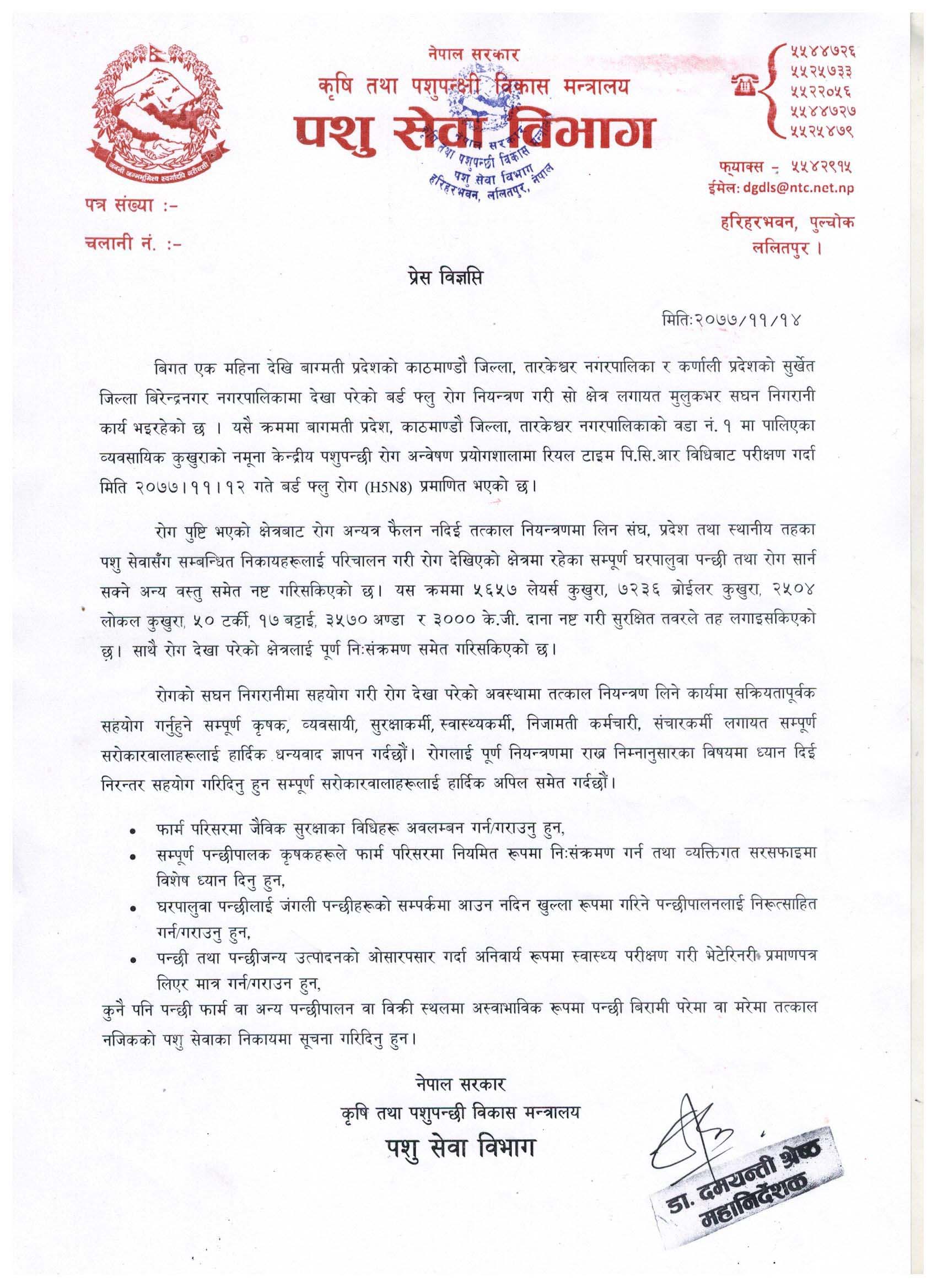 On February 20 this year, the virus was reported in Birendranagar the provincial headquarters of Karnali Province, and the site has now been totally disinfected, local authorities said. Following the detection of the virus, 5,657 layer chickens, 7,236 broiler chickens, 2,504 local chickens, 50 turkeys were destroyed along with 3,570 eggs and 3000 kilos of poultry food.

Dr Shrestha informed that Tarakeshwor of Kathmandu in Bagmati Province and Birendranagar of Surkhet in Karnali Province were under strict surveillance after the outbreak of the virus. ''Besides, we are observing the possibility of the spread of the virus in other parts of the country as well,'' Shrestha further said.

All possible measures have been enforced in cooperation with livestock service-related bodies at the federal, province and local levels to contain the spread of virus.

KATHMANDU, May 27: Bird flu has been detected at three places in Kathmandu again, according to the Department of Livestock... Read More...

KATHMANDU, Feb 12: Bird flu has been confirmed in Sanglekhola of Tarkeshwar Municipality in the district. ... Read More...

KATHMANDU, Jan 30: The government has confirmed that bird flu (H5N1) was detected in Kathmandu on Saturday. ... Read More...