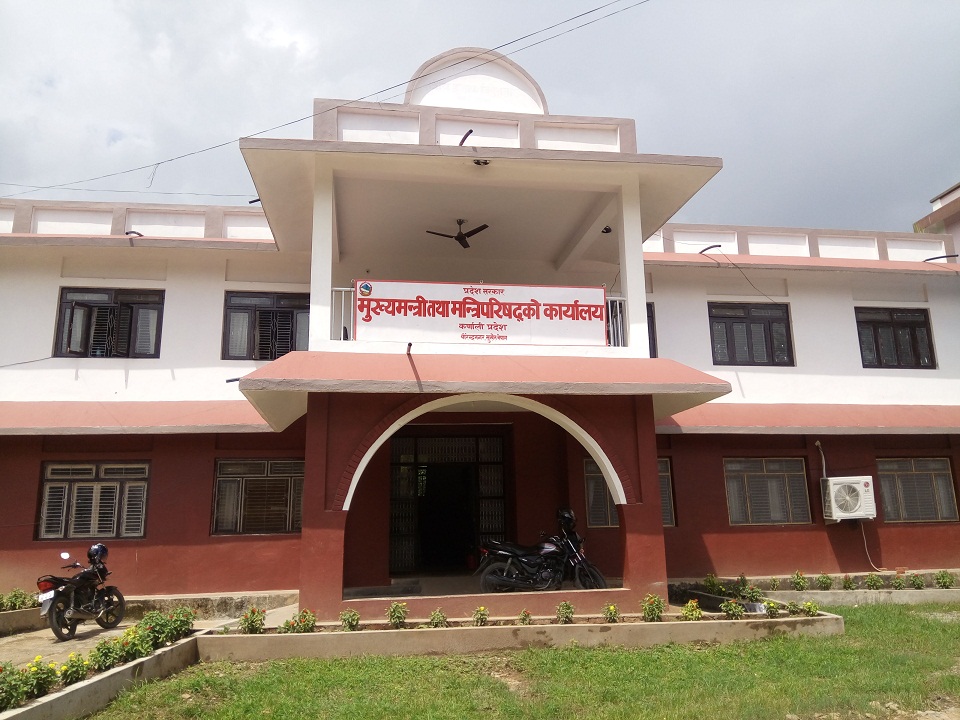 KATHMANDU, June 15: The Karnali government has announced to run a program titled ‘One Local Unit, One Grain Storage’ to address the perennial problem of food shortage in the region. Unveiling the province’s budget for fiscal year 2020/21 on Monday, Minister for Economic Affairs and Planning of Karnali Province, Prakash Jwala, said the provincial government has earmarked Rs 550 million to purchase food and manage the costs for supply and storage.

Karnali Province faces a shortage of 23,420 tons of food annually. According to the government records, the annual food requirement of the province stands at 350,998 tons while total production is 327,578 tons. The province has 10 districts and among them food production in Jajarkot, Dolpa, Humla, Kalikot, Mugu and Jumla is not sufficient to meet internal demand. Rukum West, Salyan, Surkhet, and Dailekh are known as food-sufficient districts which produce a nominal amount in surplus.

Likewise, the Kanali government has put forward a special campaign to make the local governments self-reliant through the enhancement of entrepreneurship at the local level. The program is expected to increase employment opportunities aiming at providing some respite to the people from the ongoing threat of coronavirus and hunger.

To address the possible food shortage, the provincial government has purchased 4,000 tons of food in the current fiscal year.

Tracing the norms of the federal government, the Karnali government has also announced to curtail expenses under headings like perks and benefits of the provincial ministers and government officials. Besides, the provincial government has also announced not to purchase new vehicles along with curtailing 60 percent of the budget under headings of office operation, maintenance, fuel, furniture and miscellaneous expenditure in the next fiscal year.

SURKHET, June 1: The COVID-19 tally in Karnali Province has reached 198 after 32 new cases of coronavirus were confirmed... Read More...