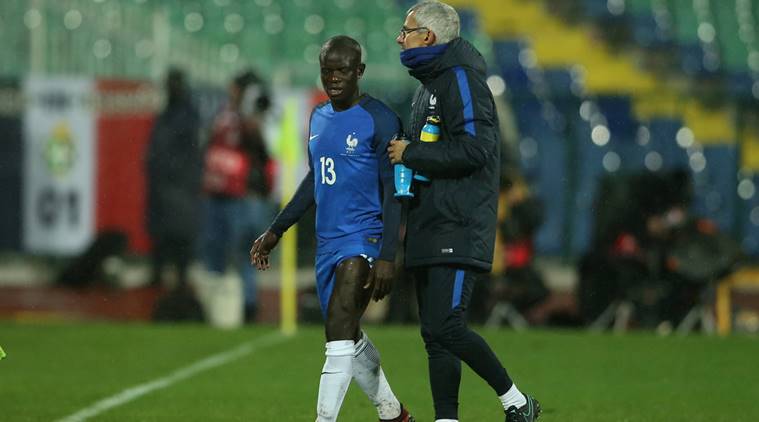 PARIS, Oct 9: Chelsea midfielder N‘Golo Kante has been ruled out of France’s final World Cup qualifier at home to Belarus on Tuesday due to a muscle injury, national team coach Didier Deschamps has said.

France beat Bulgaria 1-0 away on Saturday to move within touching distance of qualifying for next year’s World Cup in Russia, but Kante limped off shortly after half an hour and was replaced by Adrien Rabiot.

”I can’t count on him for the next game. It’s a muscular problem behind the thigh,“ Deschamps said. ”Kante and Rabiot pretty much swapped. It is fixed for Tuesday.

“N‘Golo had a crucial part to play, obviously. After N‘Golo’s injury, Adrien Rabiot came on in the same role, maybe not with the same quality as N‘Golo.”

Les Bleus top Group A with 20 points, one ahead of Sweden, and will qualify directly for the World Cup if they beat Belarus.