Jugbudha flood victims returning to their land after 11 years 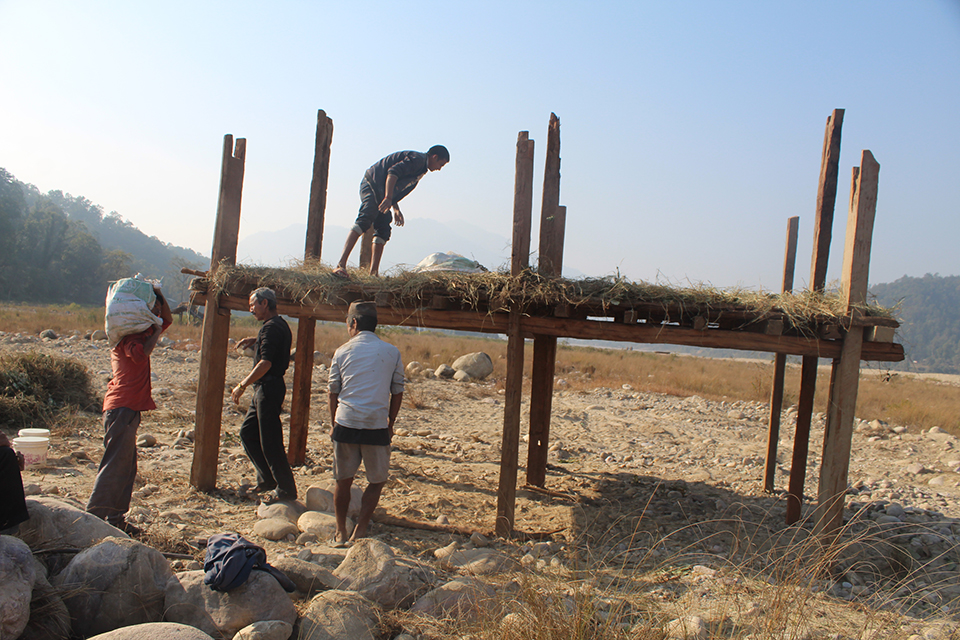 Eleven years after the devastating floods, locals of Pantura resettling in their original land.

DADELDHURA, April 2: The ruinous floods of 2008 originated from Pantura River inundated the houses and property of 364 families in Simalkhet of Jogbudha, compelling the locals to live a miserable life in forests. Thousands of ropanis of cultivable land turned into ravine.

To save their lives, locals moved from Simalkhet to the forest in the upper hills. Even today, many of them are still living there while some have moved back to Simalkhet.

As the government started the construction of embankment along the banks of Pantura River, locals rendered homeless by the floods, 11 years ago, are preparing to settle down in their original land.

By removing the rocks and stones from their land, victims are doing their best to make their land fertile once again. Bajir Saud who was busy digging his field said, "Flood washed away our homes and property. We lived in forests since the past 11 years but the government turned a blind eye to our misery." These victims do not have any option other than to return to their original places as the forest office has already warned them to vacate the forest land.

"Let's see if we can grow crops after all these years. If not it might be difficult for us to sustain our lives," he added. However, victims still fear that their settlement might be flooded again as the embankment is still under construction.

After the completion of the embankment, more locals will move to Simalkhet and start cultivating their lands. "It's better to live on our own land instead of forest," said local Gorakh Bahadur Saud, adding, "This place has not seen a massive flood since 2008. Now that the government is working to tame the river, we decided to return to our original place."

According to him, it would be a huge relief for the locals if the government completed the embankment work on time. As these people were widely using the forest resources, the forest office was pressuring them to return to their village.