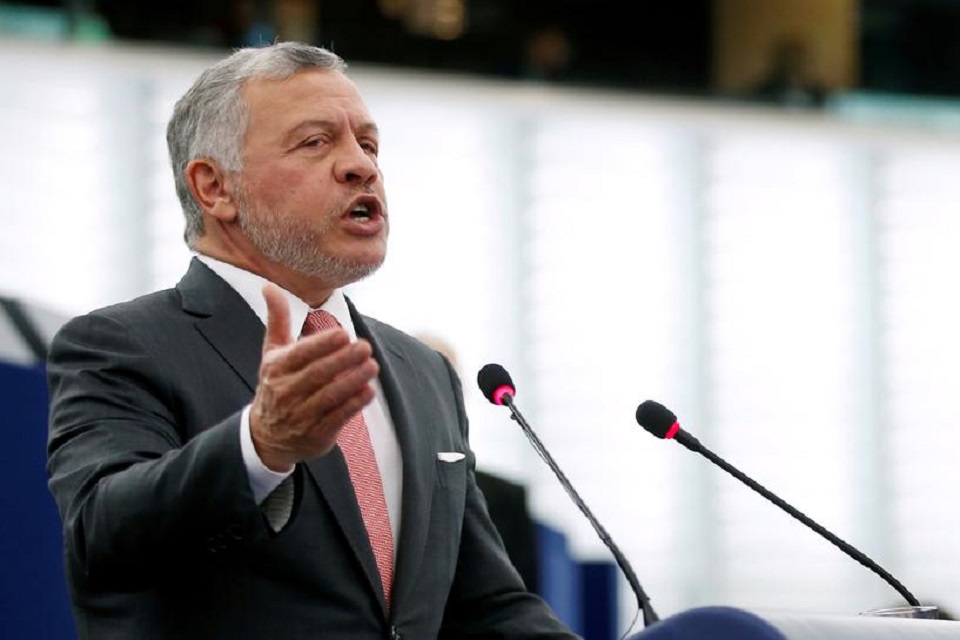 AMMAN, April 4: Jordan’s military has told King Abdullah’s half-brother Prince Hamza bin Hussein to halt actions targeting “security and stability” in what people familiar with the matter said could be related to a plot to destabilise the country.

In a statement published by the state news agency, the military said the warning to Prince Hamza was part of a broader, ongoing security investigation in which a former minister, a junior member of the royal family and unnamed others were detained.

Prince Hamza said in a video recording he was under house arrest and had been told to stay at home and not contact anyone.

Speaking in English in the video, passed by his lawyer to the BBC, he said he was not part of any foreign conspiracy and denounced the ruling system as corrupt.

“(Jordanians’) well being has been put second by a ruling system that has decided that its personal interests, financial interests, that its corruption is more important than the lives and dignity and future of the ten million people who live here,” he said.

Earlier, army chief Yusef Huneity denied reports the prince had been arrested but said he was told to “stop activities that are being exploited to target Jordan’s security and stability”.

Two people familiar with the situation told Reuters security forces had arrived at his small palace and begun an investigation. King Abdullah dismissed Prince Hamza as heir to the throne in 2004 in a move that consolidated his power.

The Washington Post said Jordanian authorities detained the former crown prince and arrested nearly 20 other people after what officials called a “threat to the country’s stability”.

A former U.S. official with knowledge of events in Jordan said the plot, which he described as credible and broadbased but not imminent, did not involve a “physical coup.” Rather, he said, those involved were planning to push for protests that would appear to be a “popular uprising with masses on the street” with tribal support.

Jordan would investigate whether there was a foreign hand in the plot, said the former U.S. official.

Prince Hamza is not seen as a major threat to Jordan’s monarchy and has been marginalised for years, but the move against him represents the first such incident involving a close member of the royal family since King Abdullah came to the throne.

The authorities have become increasingly concerned with his efforts to build ties with disgruntled figures within powerful tribes.

These people known as the Herak have in recent weeks called for protests against corruption in a country hit hard by the impact of COVID-19 on the economy, pushing unemployment to record levels and deepening poverty. The authorities had cracked down on several demonstrations, detaining dozens.

Tribes who dominate the security forces form the bedrock of support for the kingdom’s Hashemite monarchy.

The state news agency said Bassem Awadallah, a U.S.-educated long-time confidant of the king who later became minister of finance and also adviser to Saudi Crown Prince Mohammed bin Salman, and Sharif Hassan Ben Zaid, a member of the royal family, were detained along with other unnamed figures.

It gave no details.

“The U.S. administration knows that Bassam Awadullah works for MBS (Mohammed bin Salman). Any astute observer will say if someone this close to MBS is involved he would have to know,” said the former U.S. official.

The Saudi royal court voiced its “full support” for King Abdullah and all decisions taken by him to maintain security and stability. Egypt, Lebanon, Bahrain, Iraq, Kuwait and Qatar also stood by him. The U.S. State Department said the king was a “key partner” and had its full backing.

Arrests of top officials and royal family members are rare in Jordan, seen as one of the Arab world’s most stable countries.

Prince Hamza, who had been groomed by his mother Queen Noor to succeed his late father King Hussein, has been pushed into the political wilderness since he was sacked as crown prince.

Some opposition figures have rallied around him, a move that has displeased the king, officials familiar with the situation said.

The Jordanian Hashemite dynasty’s tradition under the 1952 constitution gives the succession to the eldest son but the monarch retains the option of naming a brother.

King Abdullah has succeeded in bringing political stability to the country and gaining stature as a prominent Arab leader whose message of moderation has found an echo, especially in Western forums.

Awadallah, who was a driving force behind economic reforms before he resigned as chief of the royal court in 2008, has long faced stiff resistance from an old guard and an entrenched bureaucracy that flourished for years on government perks.

Jordan’s powerful intelligence agency, with a pervasive influence in public life, has played a bigger public role since the introduction of emergency laws at the outset of the coronavirus pandemic last year, which civic groups say violate civil and political rights.

KATHMANDU, Kathmandu, Feb 27: Though 21 months have already been over since the government announced the enforcement of the guideline... Read More...