Jelbang iron mine lying idle since 1989 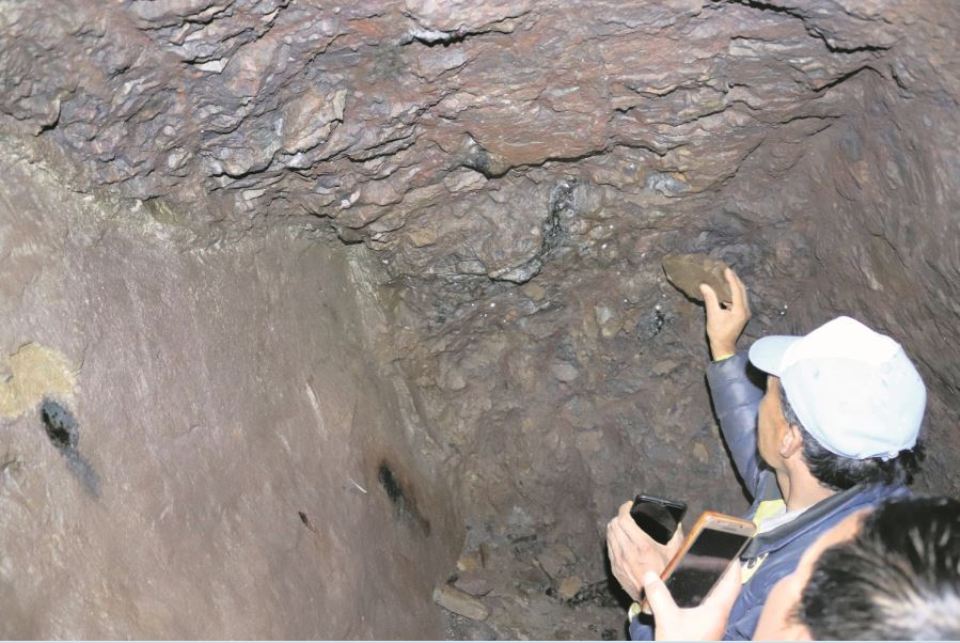 ROLPA, Jan 12: The iron mine of Jelbang, Sunchahari municipality-7, has been ignored by the agencies concerned since decades. The mine was excavating continuously from 16th century. But in 1989, Department of Forests banned the excavation of iron from the mine. The government has not shown any interest to operate the mine.

A museum is being built with funding from the local people who are now abroad for foreign employment. The museum is being constructed so that the mine can be used to promote tourism in the area. According to Chandra Bahadur Budha, local of Jelbang, the construction work of iron treatment museum in Jarapani has already started. “The motive of constructing museum is for transferring of skill to new generation about how iron used to be treated by ancestors and also for promoting tourism,” said Chandra.

The last remaining survivor who had last worked in the mine is Rajh Bahadur Budha, who is now 84 years old. Locals of Jelbang are planning to learn the skill of extracting iron from him. According to locals, in recent time the expansion of road has lead to import of iron from outside while the iron mine remain in dire straits.

When the mine was in operation, iron of Jelbang was used by nearer districts. “In that time, the land revenue was paid as iron in Pyuthan,” said Rajh Bahadur Budha, “The land revenue of Jelbang for a year used to be 152 dharni irons.” Villages near Jelbang still have tolls made up of local iron.

According to locals, the mountain of this place also has copper and gold mine. Sunchahari waterfall of eastern Rolpa was named as Sunchahari as sunn (gold) was found in that place.

Role of community forestry in past four decades of Forest Management

Looking back to the paradigm shift of forest management in Nepal, community forestry is not an old practice. The emergence... Read More...

KATHMANDU, Sept 22: As many as 1,200 army personnel are engaged in construction work on the Kathmandu-Tarai Expressway project, the... Read More...