KATHMANDU, Jan 22: The Embassy of Japan in Nepal signed a grant contract for digging a deep well for drinking water in Pathivara Community of Budhanilkantha Municipality, Kathmandu today.

According to the press release of the Japanese Embassy in Nepal, the Ambassador of Japan to Nepal, SAIGO Masamichi, signed a grant contract with Kalpana Malla Thakuri, President, Aadarsha Nepal.

The project is funded under the Grant Assistance for Grassroots Human Security Projects (GGP) of the Japanese Government and involves grant assistance of USD 83,343 (approximately NPR 9.42 million).

The project aims to support the construction of a deep well and the installation of filtration plants for drinking water. It will also install 15 tap stands at Shree Pathivara Adharbhut School and in the community.

At the grant signing ceremony, Ambassador SAIGO said that he hoped the assistance would contribute to provide access to safe drinking water to both students and residents of the community.

Aadarsha Nepal was established in 2009 and has been organizing awareness campaigns on health and sanitation while also offering vocational training. Up to now, the community has had a poor drinking water supply that has made it difficult for residents.

Likewise, the Embassy of Japan hopes that the project will contribute towards improving the urban environment through improved access to safe drinking water and also contribute towards extending the friendship between Japan and Nepal at the peoples’ level. 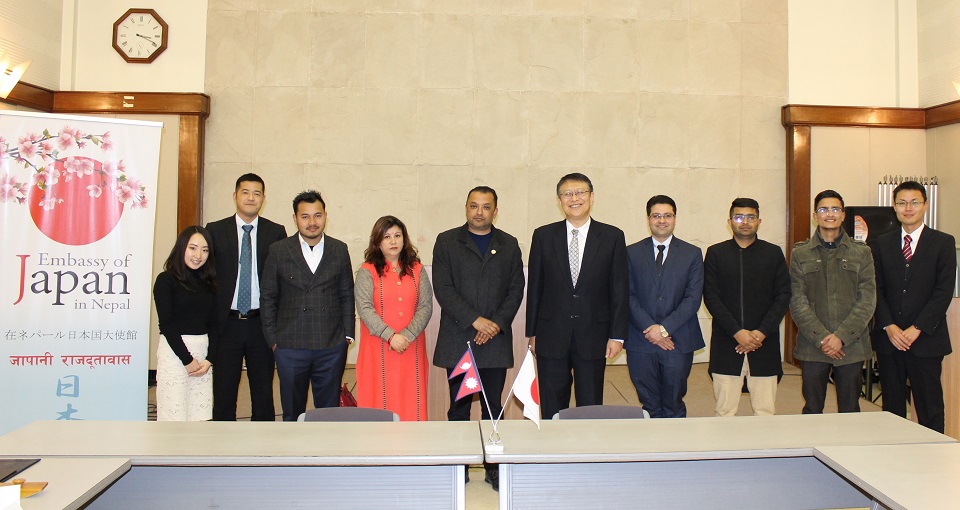 Does COVID-19 transmit from the dead body of an infected person? Health ministry says ‘no’

KATHMANDU, July 4: The Ministry of Health and Population (MoHP) claimed that COVID-19 does not transmit from the dead body... Read More...

Only 200,000 locusts intact with the swarm in Nepal

KATHMANDU, July 4: Though nearly eight million locusts had entered Nepal, the number that is still intact with the swarm... Read More...

KATHMANDU, July 4: The Ministry of Health and Population has reported the recovery of 272 COVID-19 patients in past 24... Read More...

Coronavirus detected in sewers of Kathmandu Valley
4 hours ago

IN PICTURES: Four cops injured in clash with locals in Khokhana
2 hours ago

Why NCP must not split
9 hours ago

17 houses swept away by landslide in Bajhang, huge human loss feared
7 hours ago