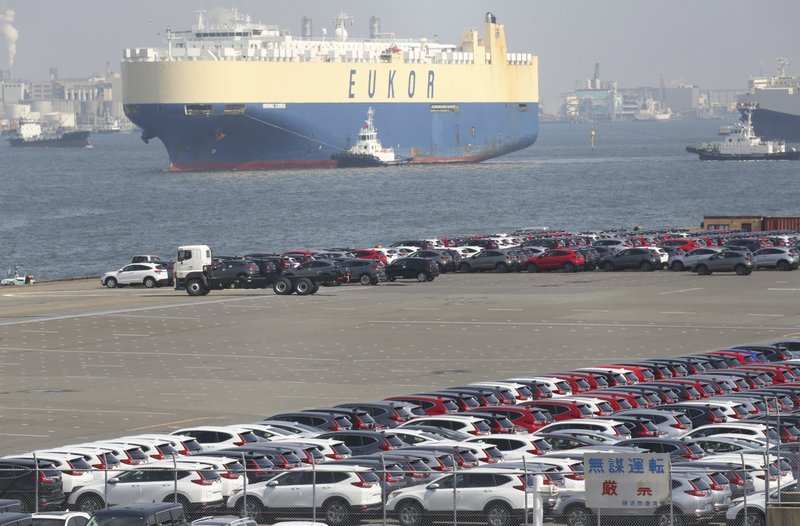 Ministry of Finance data released Monday showed exports and imports fell in July, compared to the same month a year ago. Exports fell 1.6%, while imports slid 1.2%, resulting in a trade deficit of 249.6 billion yen ($2.35 billion).

Global markets have been in turmoil because of Trump’s trade war with China. A slowdown in China is certain to hurt other regional economies, including Japan’s.

Trump says he plans to impose 10% duties on an additional $300 billion of Chinese imports to the U.S., extending penalties to almost everything the United States buys from China.

Japan is also entangled in a trade dispute with neighboring South Korea.

In Japan, the business of watching whales is far larger than hunting them

RAUSU, July 9: People packed the decks of the Japanese whale-watching boat, screaming in joy as a pod of orcas... Read More...

TOKYO, April 19: President Donald Trump and his wife Melania will make a state visit to Japan at the end... Read More...