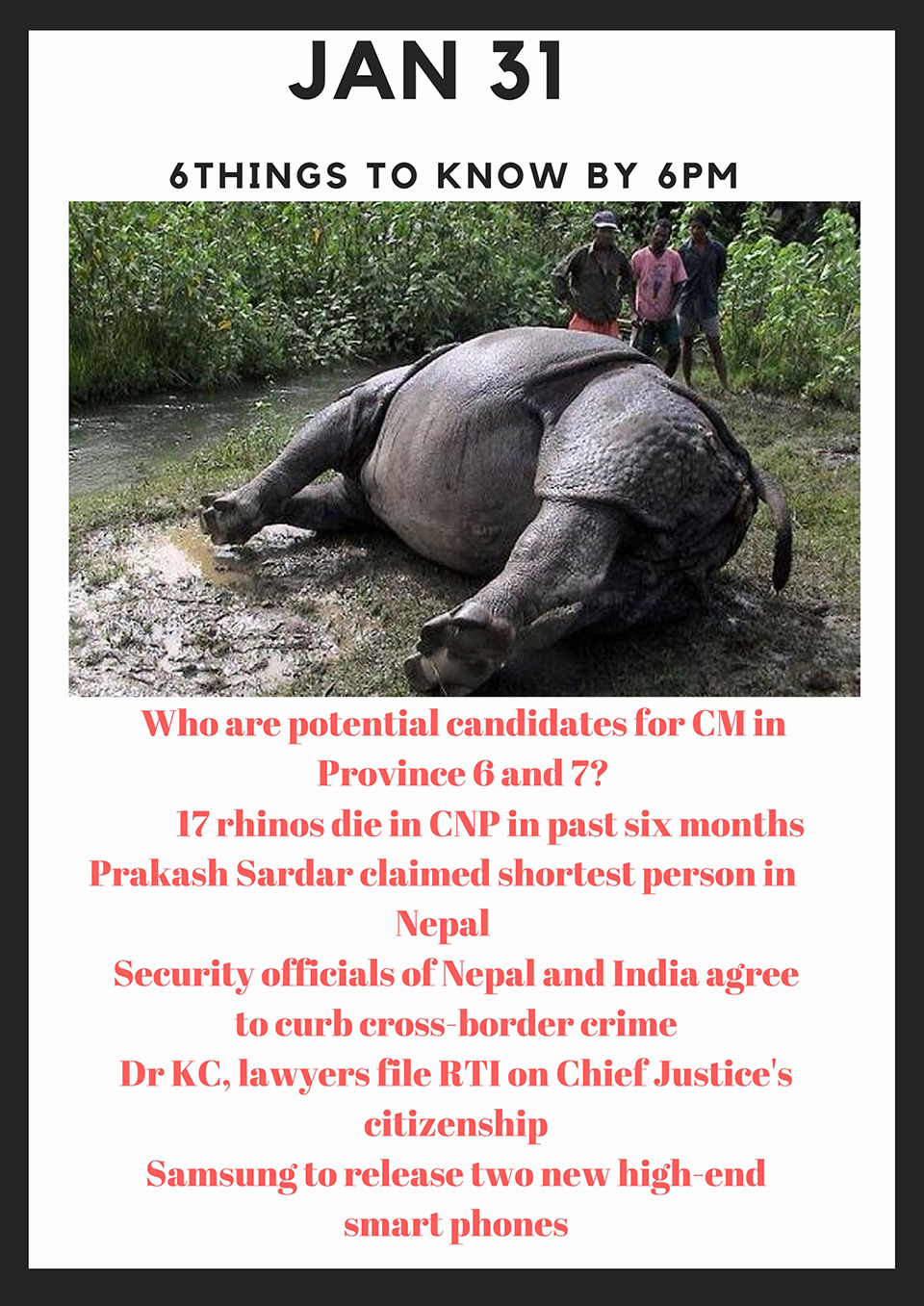 With the left alliance finalizing a power-sharing deal with the provincial governments, aspirants for the chief minister’s post have intensified their lobbying with the party’s top guns. Left alliance will jointly form governments in six provinces.

Although the country is celebrating no rhino poaching year for the past three consecutive years, 17 rhinos have died in the Chitwan National Park (CNP) in the past six months, officials said.

Twenty-one years old Prakash Sardar of Baijnathpur Nahartol, Biratnagar Metropolitan City- 19 has been identified as the shortest person in the country. He is 31 inches tall and weighs 13 kilograms.

The security authorities of Nepal and India have agreed to prevent cross-border crime and crimes that take place along the Nepal-India border in the district. The officials of both countries reached the agreement at a joint security meeting held at Jauljibi, India on Tuesday. The Indian Seema Suraksha Bal (SSB)'s 55th Battalion organized the joint meeting.

Samsung, South Korean electronics giant, is planning to raise its prices when it releases the new Galaxy S9 phone, according to a new leak which revealed it will cost £35 more than its S8 model. The new handset is set to be unveiled next month, before going on sale in March.

The Supreme Court has ordered the government to reinstates Dr Shashi Sharma, sacked dean of Institute of Medicine (IOM) to... Read More...

Alluding to India, China says its relationship with Nepal will not impact third party
23 hours ago