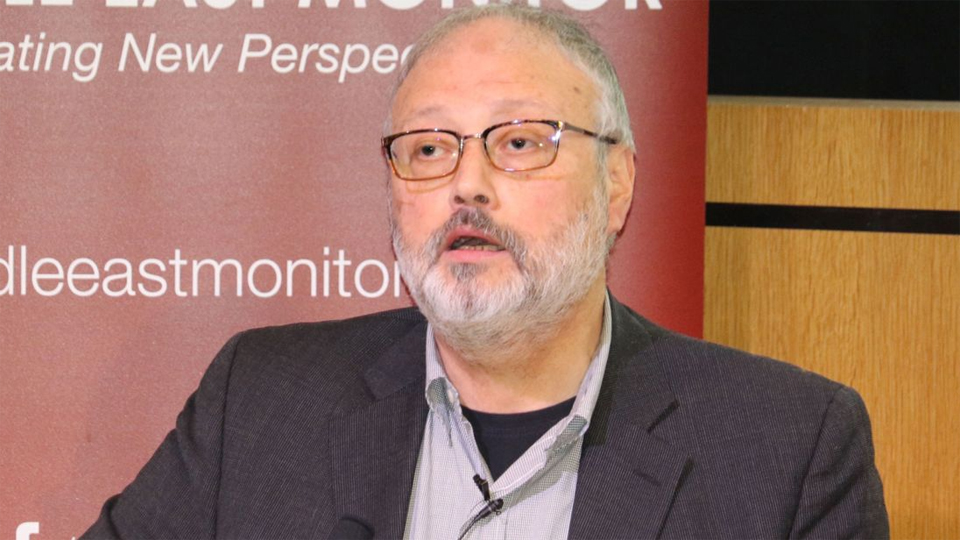 LONDON, Oct 8: Jamal Khashoggi, a prominent Saudi dissident, met two friends for lunch last Monday in London to discuss a newspaper column he had drafted lamenting the lack of free speech in the Arab world. “Everyone is fearful,” he wrote.

But Mr. Khashoggi appeared to have little fear about his plans for the next day: to pick up a document from the Saudi Consulate in Istanbul. He brushed aside warnings from his friends that his criticism of the kingdom’s rulers had drawn their enmity, making the consulate dangerous territory.

The consular staff, he assured them, “are just ordinary Saudis, and the ordinary Saudis are good people,” recalled one of his lunch companions, Azzam Tamimi.

On Tuesday afternoon, Mr. Khashoggi entered the consulate. He has not been seen since.

Turkish investigators say that a team of 15 Saudi agents killed himinside the consulate, several officials told The New York Times and other news organizations. “He was killed and his body was dismembered,” Turan Kislakci, the head of Turkish Arab Media Association, said officials had told him.

Saudi Arabia has denied it, insisting Mr. Khashoggi left shortly after he arrived.

By Sunday, the dispute over his disappearance threatened to upend relations between two of the region’s most important powers. If his killing is confirmed, it could also unravel the campaign by the 33-year-old Saudi Arabian crown prince, Mohammed bin Salman, to cultivate an image in the West as a promising reformer and dependable ally.

“There is concrete information,” Yasin Aktay, an adviser to the head of Turkey’s governing A.K.P. party, said Sunday in a television interview. “It will not remain an unsolved case.”

Turkish officials have not made their accusations publicly nor have they provided any evidence to back up their claim, raising questions about whether Ankara would stand behind the leaks or whether it was seeking to avoid a costly fight with Riyadh.

A Turkish official, speaking on condition of anonymity, said the government was waiting until the investigation was complete to disclose the evidence because of diplomatic sensitivities. Full disclosure, he said, would eventually come from the Turkish president, Recep Tayyip Erdogan.

At a news conference on Sunday, Mr. Erdogan said little about the case.

“I am following it, chasing it and, whatever conclusions come from here, we will inform the world about it,” he said.

Saudi Arabia stuck by its blanket denials without offering a credible alternative explanation. It dismissed the accusations from unnamed Turkish officials as “baseless” and “expressed doubt that they came from Turkish officials that are informed of the investigation,” according to a statement from the Istanbul consulate.

Instead, Saudi Arabia praised Turkey for accepting a Saudi request to investigate Mr. Khashoggi’s disappearance. “The kingdom is concerned with the safety and well-being of its citizens wherever they are,” the statement said.

In Washington, the mystery tested loyalties. Many current and former American officials are friendly with Mr. Khashoggi, a resident of the United States who had worked at Saudi embassies and, until he became a dissident, as a kind of informal spokesman for the Saudi leadership. He had recently become a columnist for The Washington Post, where he cemented his pivot from consummate Saudi insider to critic.

But President Trump and his advisers, including his son-in-law and Middle East envoy Jared Kushner, have embraced the crown prince as a pivotal ally, with the president repeatedly expressing his confidence in the young Saudi royal as he amassed power.

State Department officials have said only that the United States cannot confirm Mr. Khashoggi’s fate but that it is following the case.

Others have expressed alarm. Senator Chris Murphy, a Connecticut Democrat, said the United States should not conduct business as usual with an ally that would carry out such a killing.

“If this is true — that the Saudis lured a U.S. resident into their consulate and murdered him — it should represent a fundamental break in our relationship with Saudi Arabia,” Senator Murphy wrote on Twitter.

Senator Tim Kaine, a Democrat from Virginia, said: “We must get to the bottom of what happened and then impose strong consequences. Targeting journalists must stop.”

Until recently, Mr. Khashoggi, 59, was the quintessential Saudi loyalist. Tall with droopy eyes and an easygoing manner, he graduated from Indiana State University and climbed quickly through the ranks of the distinctive Saudi news business, where the leaders of the royal family are the only readers who matter.

During the Saudi- and American-backed jihad against the Soviet Union in Afghanistan in the 1980s, Mr. Khashoggi made a name for himself by interviewing the militant leader Osama bin Laden, who later founded Al Qaeda. Mr. Khashoggi also became a trusted aide to Prince Turki al-Faisal, who served as the head of Saudi intelligence as well as ambassador to the United States and Britain, where Mr. Khashoggi worked for him as an adviser.

Mr. Khashoggi’s relative independence sometimes probed Saudi boundaries. The authorities twice removed him as the editor of the Saudi newspaper Al Watan after he published articles critical of the religious establishment. As the head of a new Saudi-owned news channel based in Bahrain, he allowed a Bahraini dissident to appear on its first day of broadcasting, in 2015. The channel was yanked off the air the next day “for technical and administrative reasons.”

None of those kerfuffles, though, did real damage to his status around the royal court. Mr. Khashoggi remained a go-to contact for American journalists and diplomats looking for a cogent explanation of the Saudi rulers’ perspective.

After King Salman ascended to the throne three years ago, his favorite son, Prince Mohammed, began to consolidate power. He has painted himself as a reformer — weakening the religious police and allowing women to drive, for instance — while waging a crackdown on even the relatively modest and previously tolerated forms of dissent.

Mr. Khashoggi fled the kingdom for Washington, where he styled himself as the loyal opposition, supportive of the monarchy but critical of policies like its war in Yemen or intolerance of the Muslim Brotherhood.

“I have left my home, my family and my job, and I am raising my voice,” he wrote in an op-ed in The Post. “To do otherwise would betray those who languish in prison,” he added. “We Saudis deserve better.”

The Saudi authorities quietly tried to co-opt him, promising him positions at home while viciously attacking him online as a foreign-backed agent. Some of his relatives were banned from leaving the kingdom. His exile led to divorce.

That ultimately is what led him to the consulate in Istanbul. Mr. Khashoggi, whose family has Turkish roots, planned to marry a woman there, a graduate student focusing on Persian Gulf politics. He had bought an apartment and intended to move. A small wedding was scheduled. But Turkish law required a document from the Saudi Consulate to certify his divorce.

He visited the consulate the week before the wedding and found the staff friendly. “They were surprised and said, ‘Yes, we will do it for you, but there is no time,’ and they agreed he will come back on Tuesday,” his friend, Mr. Tamimi, recalled.

His fiancée, Hatice Cengiz, thought it was a mistake to set a meeting in advance.

Mr. Khashoggi told her not to worry.

“He said they would not dare attempt anything within Turkey’s borders,” she said.

On Tuesday, Mr. Khashoggi and Ms. Cengiz went to the embassy at 1:30 p.m. She waited outside for him.

She was still waiting there after midnight.

She came back the next morning, which was to have been their wedding day.

“We have bought the house and the furniture,” she said then. “The furniture is arriving today.”

Man linked to Saudi prince at consulate when writer vanished