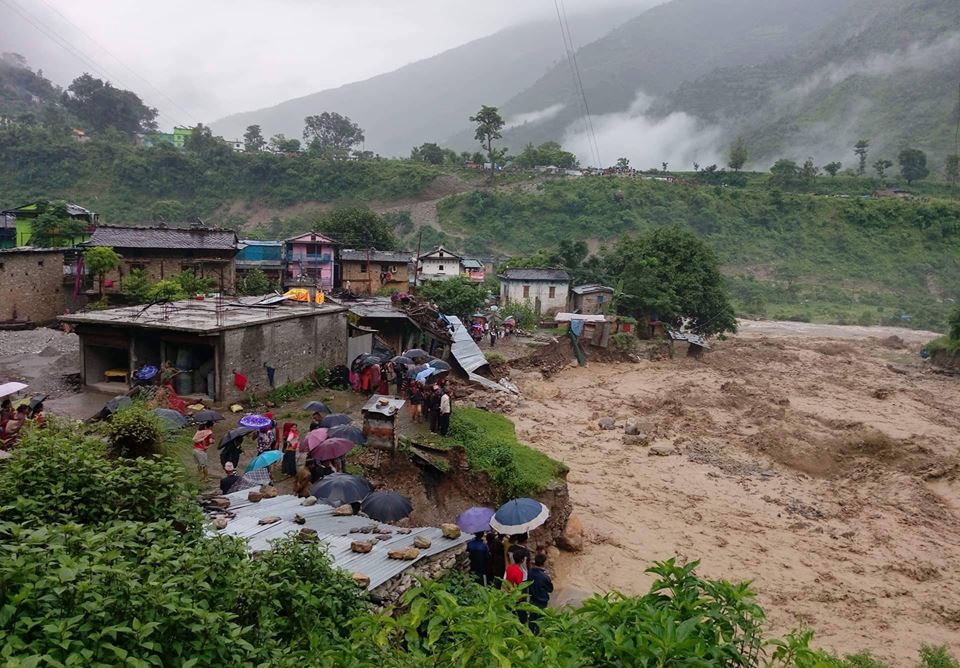 JAJARKOT, Aug 15: Floods induced by incessant rainfall has claimed the life of one and damaged properties worth millions at Dani Pipal of Nalgad municipality-7, according to District Police Office.

The deceased had gone to collect firewood from the river before being swept away by the flood, according to DSP Rabindra Bahadur Singh, chief of District Police Office.

Likewise, continuous rainfall has also threatened settlements of Ward 3, 4 and 5 of the municipality and destroyed cultivated crops, fruits and vegetables. The flood has already swept more than dozen homes, four bridges, mills and livestocks. The municipality’s main bazzar is at a risk of being swept away as well.

Hasi Lal Panta, a local resident said that the flood had also swept some shops. He added that a suspension bridge and a truss bridge connecting other wards to the Nalgad bazaar had been swept away, thereby affecting pedestrian movement.

The municipality’s mayor, Tek Bahadur Raw said that the land was caving in due to the flood and many could be rendered homeless.

“Hundreds of students have been unableto go to school because the bridges have been swept away,” Raw said. He added that they were making efforts to take those affected to safer locations. 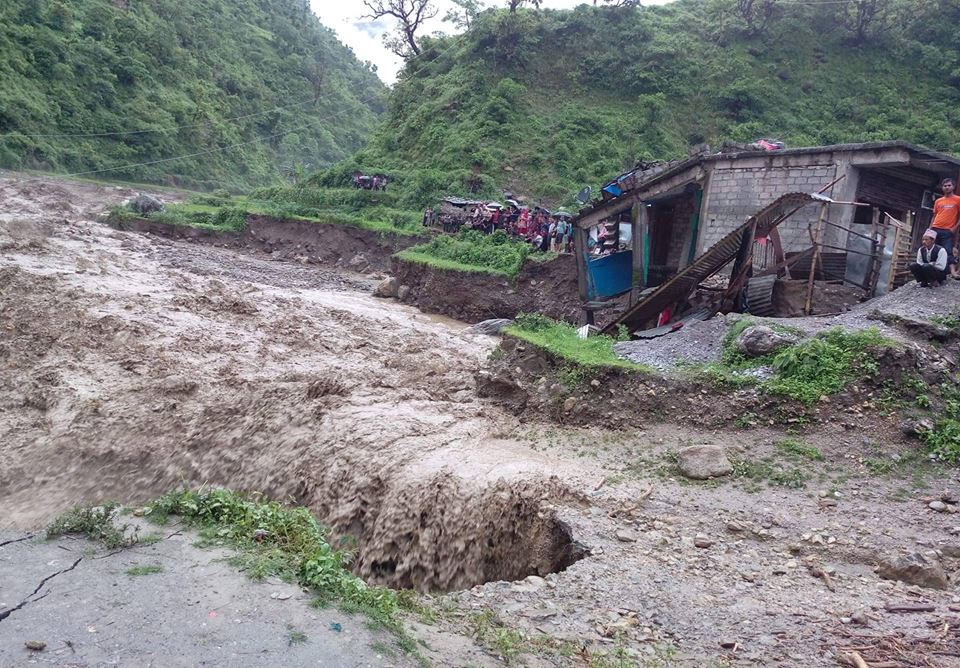 RAJBIRAJ, Sept 3: The daily life of the 600 households affected by flood water from the Saptakoshi river in Hanumannagar... Read More...

KATHMANDU,Aug 2 5: The water flow on the main rivers seems increasing however, probability of crossing the limit is below... Read More...