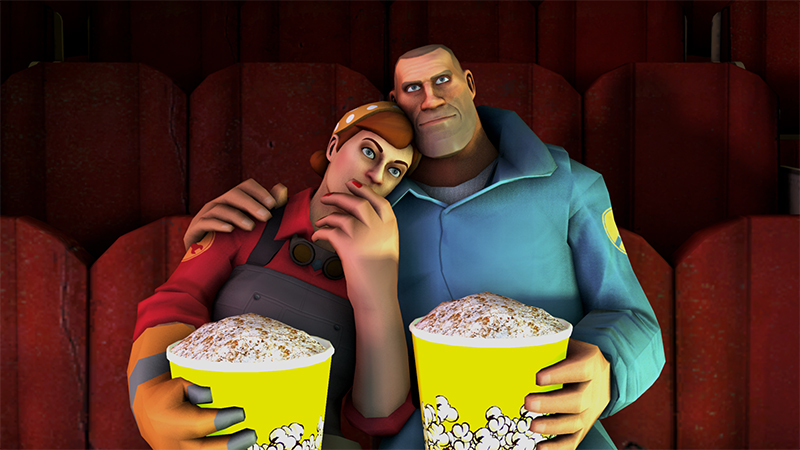 My wife is a big fan of Nepali and Bollywood movies. I prefer Hollywood flicks. I still remember the days of ‘Chino’ when Shiva Dai danced around with Kristi Didi. Then I moved on to Hollywood flicks and never looked back until I went to watch Shree Krishna Dai’s ‘Kaha Bhetiyela’. The only reason I went to watch the movie was because one of the guys in my neighborhood had a ten second role in it. He even bought me the tickets and requested me to go watch it. I went and I liked the movie. It had all the masala for a Nepali movie. There was love, tragedy, fight, comedy and much more.

Before I got married, I used to go to the movie theater with my friends to watch Hollywood movies. I never missed the Iron Man series or the other Marvel comics stuff. It’s fun to watch movies with two dozen folks. It’s like a picnic. Nowadays, it’s only two of us and even though it’s not a picnic, it’s always great to spend two hours enjoying the masala in front of you.

These days, my wife and I go to the movies at least twice a month. We watch one Nepali and one Bollywood masala. I want to watch a Hollywood flick but my wife is not interested and once you are married, it seems that it’s not okay to go to the movies alone. I really wanted to go watch Doctor Strange but my wife shot down the idea and instead we went to watch the Ranbir Kapoor drama. And last week, we went to watch Jatra even though I still wanted to watch Doctor Strange.

Jatra was a fun film but the second half, as in any other Nepali movie made by the ‘digital’ generation that tends to go nowhere, went nowhere. The first half is always fun be it Loot, Kabbadi or even Jatra. I think our writers lose steam after the interval. Not that Bollywood does any better in this department. The Ranbir Kappor flick was a disaster. I did not like it at all. Maybe I was just mad at my wife for not buying the tickets for Doctor Strange.

As in any movie theater around the world, we too seem to have the usual crowd who makes your life miserable when watching a movie. There will always be that guy right next to you who cannot turn off his phone for no apparent reason. And then five minutes into the movie, his phone rings and instead of not taking the call, switching it off and enjoying the movie, the guy needs to pick up his phone and let the other person on the line know that he has come to watch the movie. But that’s not it, he then has to go on and on about when the movie started and when it might end. There is no apology for disturbing other people.

Then, there seems to be the guy who cannot control his legs and he happens to sit right behind you and begin his kick-the-other-guy’s-seat exercise once the movie starts. You want to act like a civilized person so you don’t shout at the guy and tell him to stop banging his legs on your seat. You just turn around and give the guy a ‘please don’t do it again’ look. It works for five minutes then he can’t control his legs once again. God help us all.

Then there will always be a bunch of male cavemen who somehow decided to plan a movie night for the boys and instead of letting everyone else enjoy the movie, they have to start acting like movie critics and comment on each scene and laugh out loud when it’s not even funny. My wife gets mad and gets up and tells the crowd to either shut up and watch the movie or take their act somewhere else. The cavemen always shut up. I’m proud of my wife.

Sometimes you do meet the celebrities too. We once met Karishma Manandhar and I had to tell my wife not to stare at her too much even though she was showing her tattoo on her chest. We also happened to meet some of the cast and crew of a Nepali movie. My wife had to caution me that if I stared at the heroine too much, she would first have to give me a black eye and then go tell the heroine to wear a burqa.
Anyways, going to the movie theater to catch a flick is a much better experience than buying pirated copies and watching it at home. Yes, your wallet lightens up after buying two tickets, soft drinks and popcorn but then there’s the two-hour experience when you don’t have to worry about anything but can just relax and enjoy the movie.
But if the movie turns out to be just another half-baked job then you tend to get pissed off and will spend the rest of the time hoping it will end soon. You will also take the opportunity to tell your wife that her choice this time was a dud and that she should at least read a review or two before selecting a movie to watch. My wife just gives me a blank look and tells me that at least she is not a baby anymore who only likes movie with fictional comic book heroes.

What good are weekends if you don’t watch a movie, or two? The weekend is the perfect time to curl up... Read More...