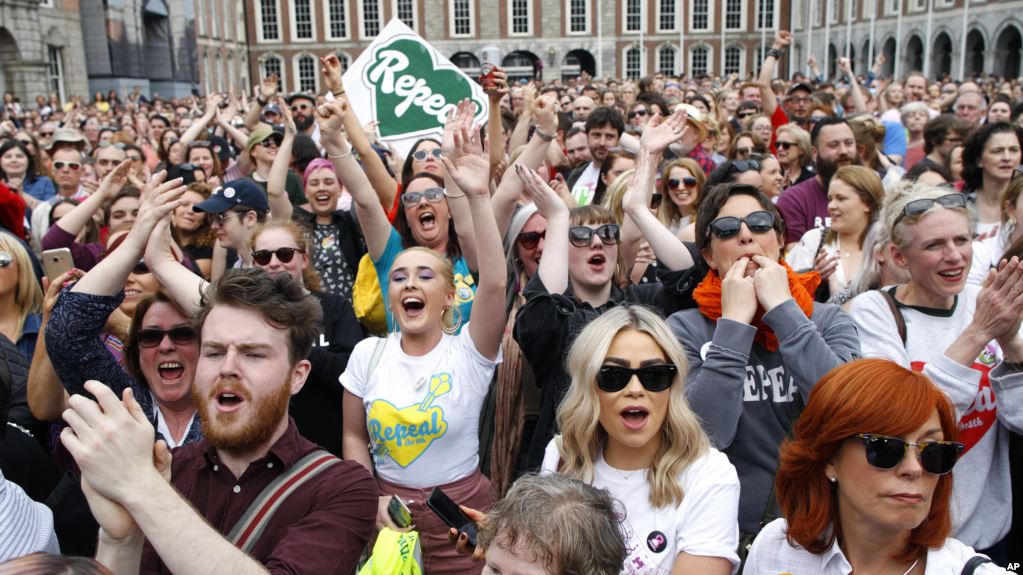 DUBLIN, May 27: Ireland’s prime minister on Saturday hailed the culmination of “a quiet revolution” in what was once one of Europe’s most socially conservative countries after a landslide referendum vote to liberalize highly restrictive laws on abortion.

Voters in the once deeply Catholic nation backed the change by two-to-one, a far higher margin than any opinion poll in the run up to the vote had predicted, and allows the government to bring in legislation by the end of the year.

For decades, the law forced over 3,000 women to travel to Britain each year for terminations and “Yes” campaigners argued that with others now ordering pills illegally online, abortion was already a reality in Ireland.

The campaign was defined by women publicly sharing their painful experiences of leaving the country for procedures, a key reason why all but one of Ireland’s 40 constituencies voted “Yes”.

Prime Minister Leo Varadkar, who campaigned to repeal the laws, had called the vote a once-in-a-generation chance and voters responded by turning out in droves. A turnout of 64 percent was one of the highest for a referendum.

“Today is an historic day for Ireland. A quiet revolution has taken place,” Varadkar, who became Ireland’s first openly gay prime minister last year, said in a speech after the vote.

“Everyone deserves a second chance. This is Ireland’s second chance to treat everyone equally and with compassion and respect. We have voted to look reality in the eye and we did not blink.”

The outcome is a new milestone on a path of change for a country which only legalized divorce by a razor thin majority in 1995 before becoming the first in the world to adopt gay marriage by popular vote three years ago.

The once-mighty Catholic Church took a back seat throughout the campaign.

Anti-abortion activists conceded defeat early on Saturday as their opponents expressed astonishment at the scale of their victory. Lawmakers who campaigned for a “No” vote said they would not seek to block the government’s plans to allow abortions with no restriction up to 12 weeks into a pregnancy.

“What Irish voters did yesterday is a tragedy of historic proportions,” the Save The 8th group said. “However, a wrong does not become a right simply because a majority support it.”

Voters were asked to scrap the constitutional amendment, which gives an unborn child and its mother equal rights to life. The consequent prohibition on abortion was partly lifted in 2013 for cases where the mother’s life was in danger.

The country’s largest newspaper, the Irish Independent, described the result as “a massive moment in Ireland’s social history”.

Campaigners for change, wearing “Repeal” jumpers and “Yes” badges, gathered at count centers, many in tears and hugging each other. Others sang songs in the sunshine outside the main Dublin results center as they awaited the official result.

The large crowd cheered Varadkar as he took to the stage to thank them for “trusting women and respecting their choices”.

DUBLIN, Jan 1: Abortion services have been introduced in the Republic of Ireland today following a landslide vote in favour... Read More...

RIYADH, June 24: Women in Saudi Arabia took to the roads at midnight on Sunday, ushering in the end of... Read More...