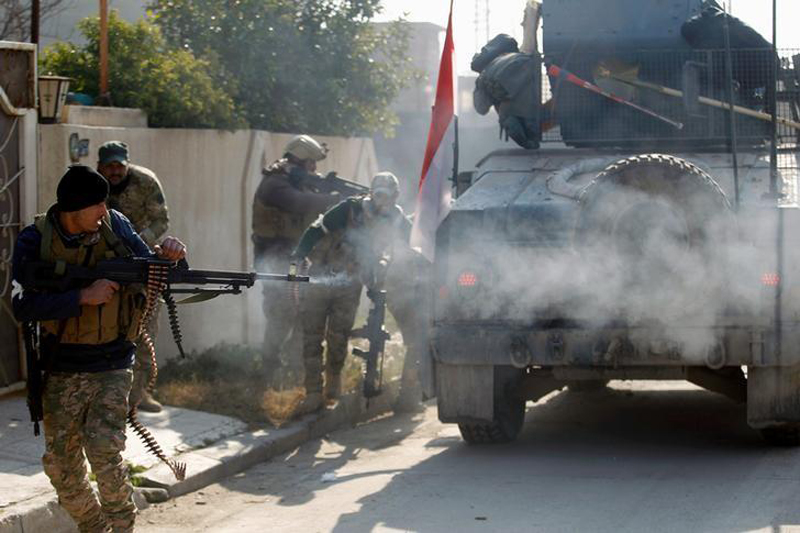 Elite Iraqi troops advanced against Islamic State militants in eastern Mosul in their first night-time raid in the city, a spokesman said on Friday, in a U.S.-backed operation which officials say is gaining momentum.

Counter-terrorism service (CTS) forces pushed across a tributary of the Tigris river shortly after midnight and drove back Islamic State fighters in the Muthanna district, CTS spokesman Sabah al-Numan said.

"We used special equipment and had the element of surprise - the enemy did not expect us to mount a night offensive because all previous offensives were during the day," he said.

U.S. coalition warplanes carried out 19 air strikes in support of the assault, which killed dozens of militants, he said.

A second phase of the nearly 12-week campaign to drive Islamic State out of its last major city stronghold in Iraq began last Thursday. The Mosul offensive is the biggest in Iraq since the U.S.-led invasion in 2003.

A 100,000-strong U.S.-backed alliance of government and Kurdish security forces and mainly Shi'ite militia quickly overran Islamic State in villages and towns surrounding the city but fierce resistance has slowed advances into the city.

The jihadists, who are deploying snipers and suicide car bombers and using civilians as human shields, are still in full control of Mosul west of the Tigris.

Iraqi advance on Mosul slows after day of fighting

KHAZER, Oct 18: Iraqi and Kurdish commanders said Tuesday they paused their advance on Mosul, a day after the start... Read More...