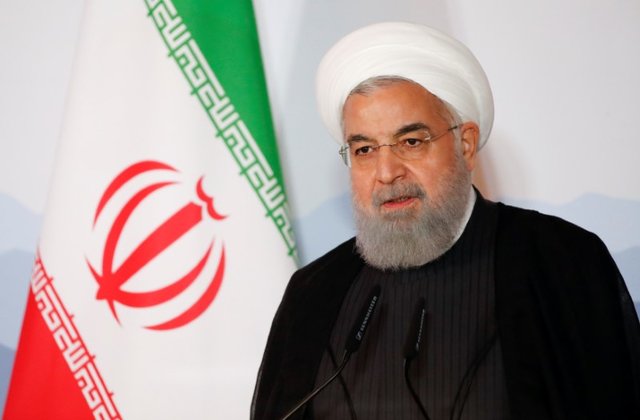 Addressing a gathering of Iranian diplomats, Rouhani said: “Mr Trump, don’t play with the lion’s tail, this would only lead to regret,” IRNA reported.

“You are not in a position to incite the Iranian nation against Iran’s security and interests,” Rouhani said, in an apparent reference to reported efforts by Washington to destabilize Iran’s Islamic government.

In Washington, U.S. officials familiar with the matter told Reuters that the Trump administration has launched an offensive of speeches and online communications meant to foment unrest and help pressure Iran to end its nuclear program and its support of militant groups.

Current and former U.S. officials said the campaign paints Iranian leaders in a harsh light, at times using information that is exaggerated or contradicts other official pronouncements, including comments by previous administrations.

IRAN, May 8: Iran's president on Tuesday warned the country could face "some problems" ahead of President Donald Trump's decision... Read More...

TOKYO, Dec 20:  Iranian President Hassan Rouhani renewed his condemnation of the U.S. for withdrawing from a nuclear agreement and asked... Read More...