IOFTC to be held in Itahari 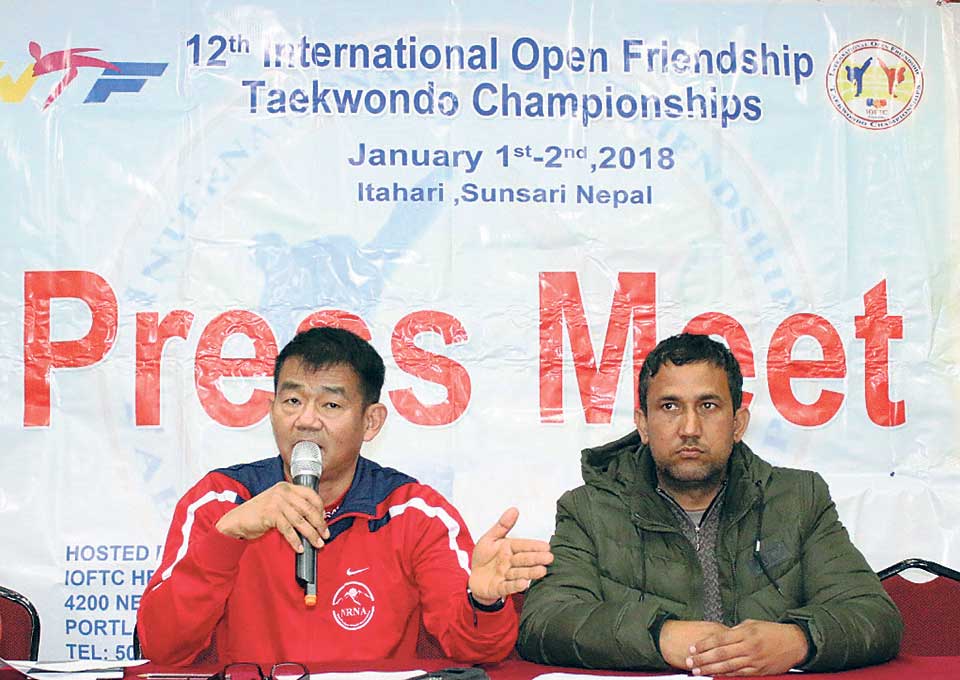 KATHMANDU, Dec 28: The 12th International Open Friendship Taekwondo Championship (IOFTC) is set to be hosted in Itahari of Sunsari on January 1 and 2.

IOFTC's Organizing Committee informed during a press conference in the capital on Wednesday that all preparations for the event have been completed.

The organizing committee's coordinator Rastra Rai informed that 13 nations have already confirmed their participation in the championship to be held in the covered hall of Itahari Stadium.

A total of 500 hundred players including 300 from host Nepal are expected to take part in the championship according to the organizer.

The event will feature junior to senior weight categories where the best men's and women's players will be rewarded with cash prize of Rs 50,000 and Rs 30,000 respectively, according to the organizer.

Rai further informed that the championship will use modern tools (of Olympic standard) for which technicians will be coming from abroad.

KATHMANDU, July 10: Considering the serious challenge of vetting of security personnel, stakeholders have initiated a process of sorting out the... Read More...