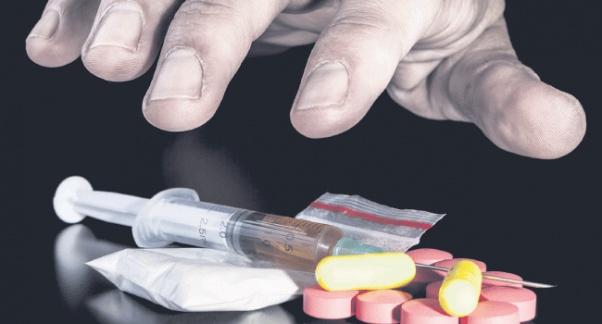 On the occasion of the day, Prime Minister KP Sharma Oli urged one and all to express determination to strengthen action and cooperation to achieve the goal of a world free of drug abuse.

"Health for justice, justice for health", #drugabuse, Let us express determination to strengthen action & cooperation to achieve our goal of a world free of drug abuse. Let us stand strongly against drug abuse, educate everyone around & live a healthy life," Oli tweeted on Wednesday morning.

To mark the day, the Ministry of Home Affairs organized a special function at City Hall in the capital. Addressing the function, Home Minister Ram Bahadur Thapa said that drug smuggling has emerged as a challenging issue for the entire world including Nepal.

"Drug trafficking has become a challenging issue for Nepal due to the open and porous border with India," he said. He also admitted that the government's efforts are also not sufficient to control the drug smuggling.

The home minister stressed the need for collaboration among the stakeholders such as government and civil society to control the drug smuggling.

Also today, a group of artists performed a drama at City Hall to raise awareness on the use and impact of drug in the society.

Earlier, Ministry of Home Affairs organized a week-long campaign from June 20 to 26 to raise awareness on illicit drug coinciding with International Day against Drug Abuse and Illicit Trafficking. The awareness campaign was aimed at controlling drug abuse.

Likewise, the ministry also organized a rally to raise awareness of illicit drugs. Civil society organizations and non-governmental organizations working in the field of controlling drug abuse participated in the aforementioned events.

The United Nation has recognized June 26 as the International Day against Drug Abuse and Illicit Trafficking.

The theme for the day this year is "Health for justice, justice for health." The theme highlights that justice and health are two sides of the same coin when it comes to addressing drug problems, according to the United Nations.

In 1987, the UN General Assembly passed a resolution to observe June 26 every year as the International Day against Drug Abuse and Illicit Trafficking as an expression of its determination to strengthen action and cooperation to achieve the goal of an international society free of drug abuse.

Supported each year by individuals, communities and various organizations all over the world, this global observance aims to raise awareness of the major problem that illicit drugs represent to society, the UN said.

Nepal Army to be deployed in Lybya as UN peacekeepers

KATHMANDU, Nov 29: Representing the United Nations, the Nepal Army is all set to be deployed in African nation Lybya... Read More...