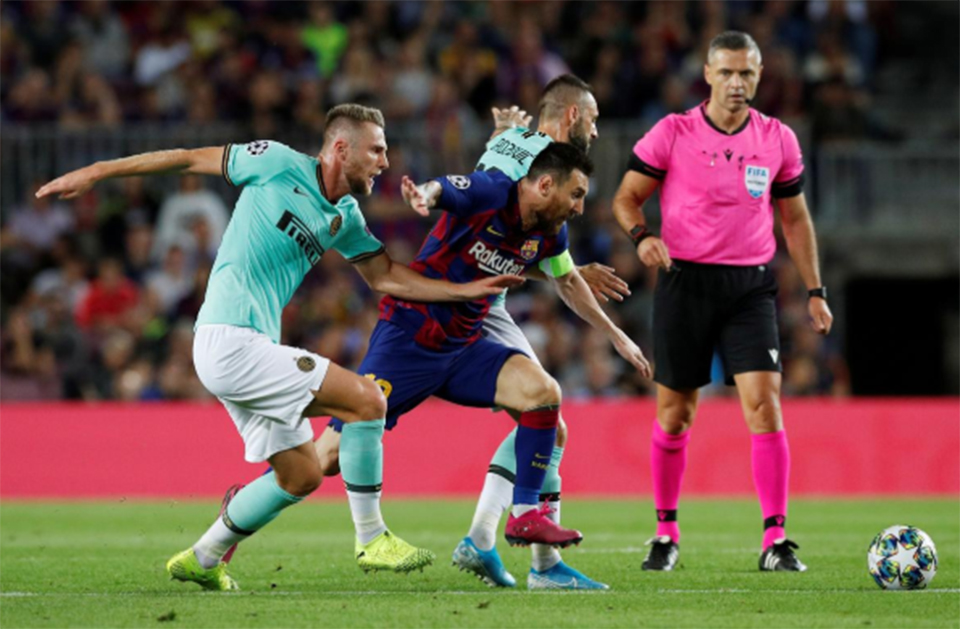 BARCELONA, Oct 3: Lionel Messi showed Barcelona what they have been missing with his repeated injuries this season by producing a stunning and decisive assist in Wednesday’s 2-1 victory over Inter Milan which kick-started their Champions League campaign.

The Argentine was only making his second start of the season in all competitions but helped decide the game with a breathtaking piece of skill to set up Luis Suarez’s second strike of the match in the 84th minute.

The Barca captain picked the ball up close to the halfway line on the right wing and dazzled past three Inter players before taking out another with a pass across to Suarez, who took one touch before burying the ball in the net.

Inter, who produced a hugely impressive display in the first half, had taken a second-minute lead through Lautaro Martinez which was cancelled out by an outstanding volley from Suarez after the interval.

“I’ve just been trying to get going, I’m glad I was able to complete the game and end it well,” Messi told reporters after playing 90 minutes for the first time this season.

“I’m tired and I’m lacking a bit of fitness but once I play more games I’ll start feeling more liberated. I feel at my best when I’m playing a lot of games.”

Messi returned to pre-season later than the rest of his team mates due to playing in the Copa America and sustained a calf injury on his first day back in training.

Repeated fitness setbacks meant he played only two of Barca’s seven La Liga games, in which the champions have dropped eight points and fallen to fourth in the standings.

“We are so happy that he was able to play for 90 minutes. We just hope he doesn’t get injured again because it’s always easier when he’s around,” Barca goalkeeper Marc-Andre ter Stegen said.

“We are always happy when he is on the pitch and he is able to do what he does best - provide passes, assists and goals.”

BARCELONA, May 2: Lionel Messi put Barcelona on the verge of the Champions League final with a devastating double in a... Read More...