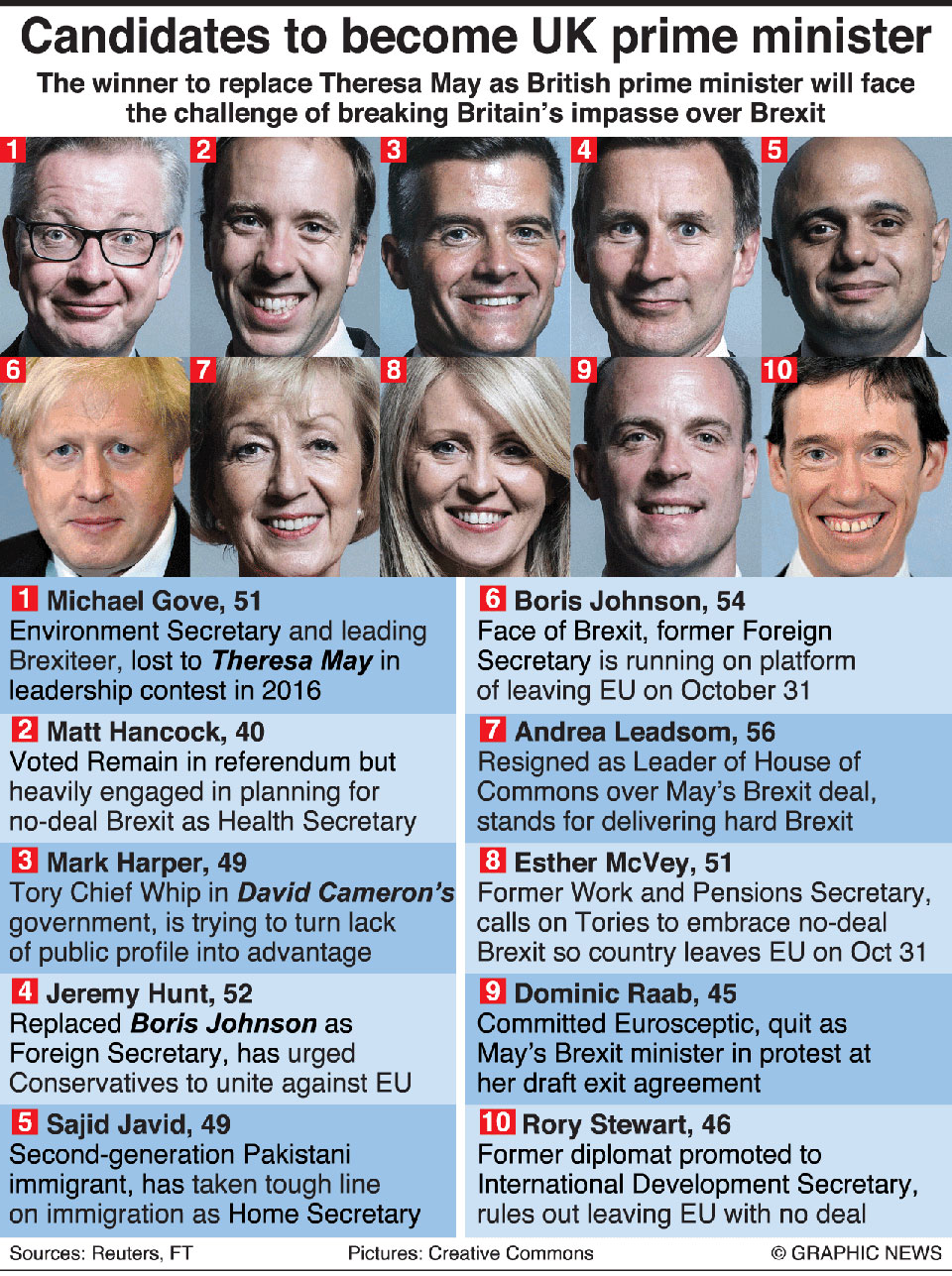 The winner will face the challenge of breaking Britain’s impasse over Brexit, an issue that has bedeviled politicians for three years and ultimately defeated Theresa May.

The candidates divide into those, including Hunt and Gove, who say they will prioritize finding a divorce deal that’s acceptable both to the EU and to Parliament, and hard-core Brexit backers such as Johnson who say the UK must leave on the scheduled date of Oct. 31 — with or without a deal.

The contest’s winner will be chosen in a two-stage process. First, the 313 Conservative lawmakers will vote in a series of rounds starting Thursday, with the worst performers dropping out until only two candidates remain. The final two will be put to a postal vote among the 160,000 Conservative Party members in the country. 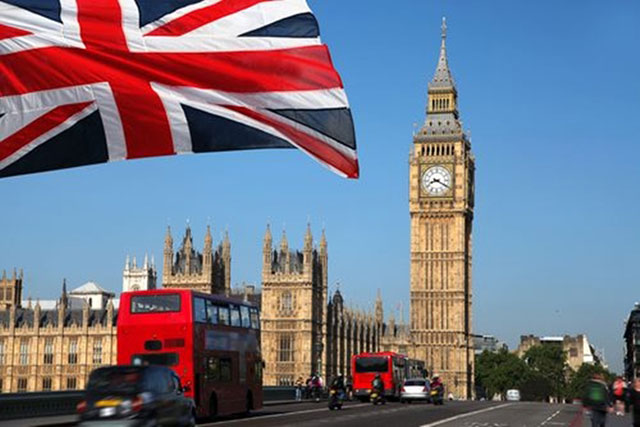