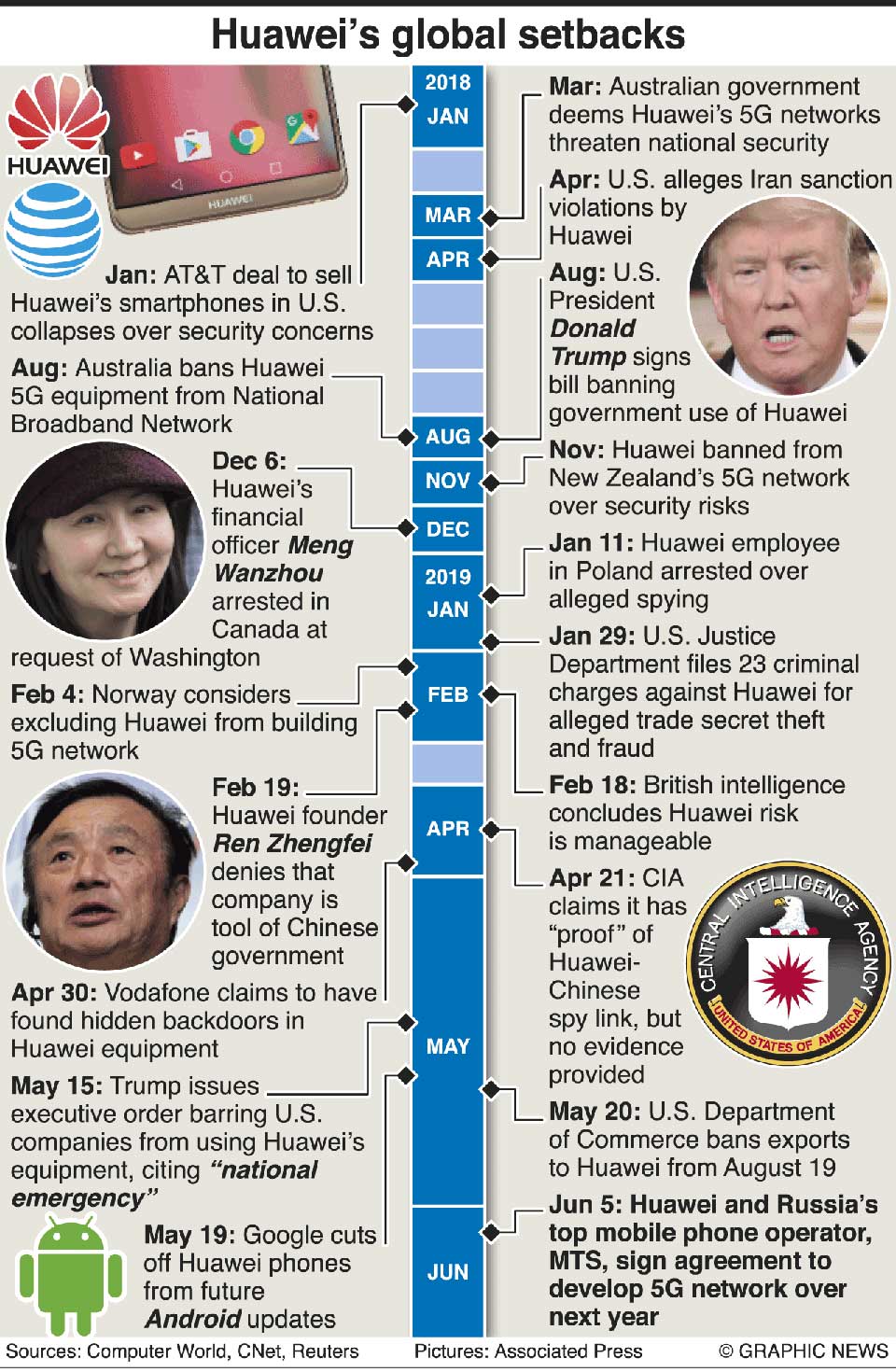 Trump has said the restrictions are a response to allegations that Huawei is helping Beijing spy on foreign governments. Huawei has also been accused of stealing intellectual property from several tech companies, including Cisco Systems Inc. and T-Mobile. Huawei denies all the charges.

To try to mitigate the trade bans, Huawei has assigned some 10,000 developers to work across three shifts a day to eliminate the need for software and vital components supplied by chipmakers from the U.S. and Europe.

Under pressure from Washington, Australia and New Zealand have boycotted Huawei’s 5G network equipment, while Japan has effectively done so. Others, including the U.K., are considering a ban.

In a gleam of success amongst the gloom, Huawei has signed a deal with Russia’s top mobile phone operator MTS to develop 5G technology in Russia over the coming year.