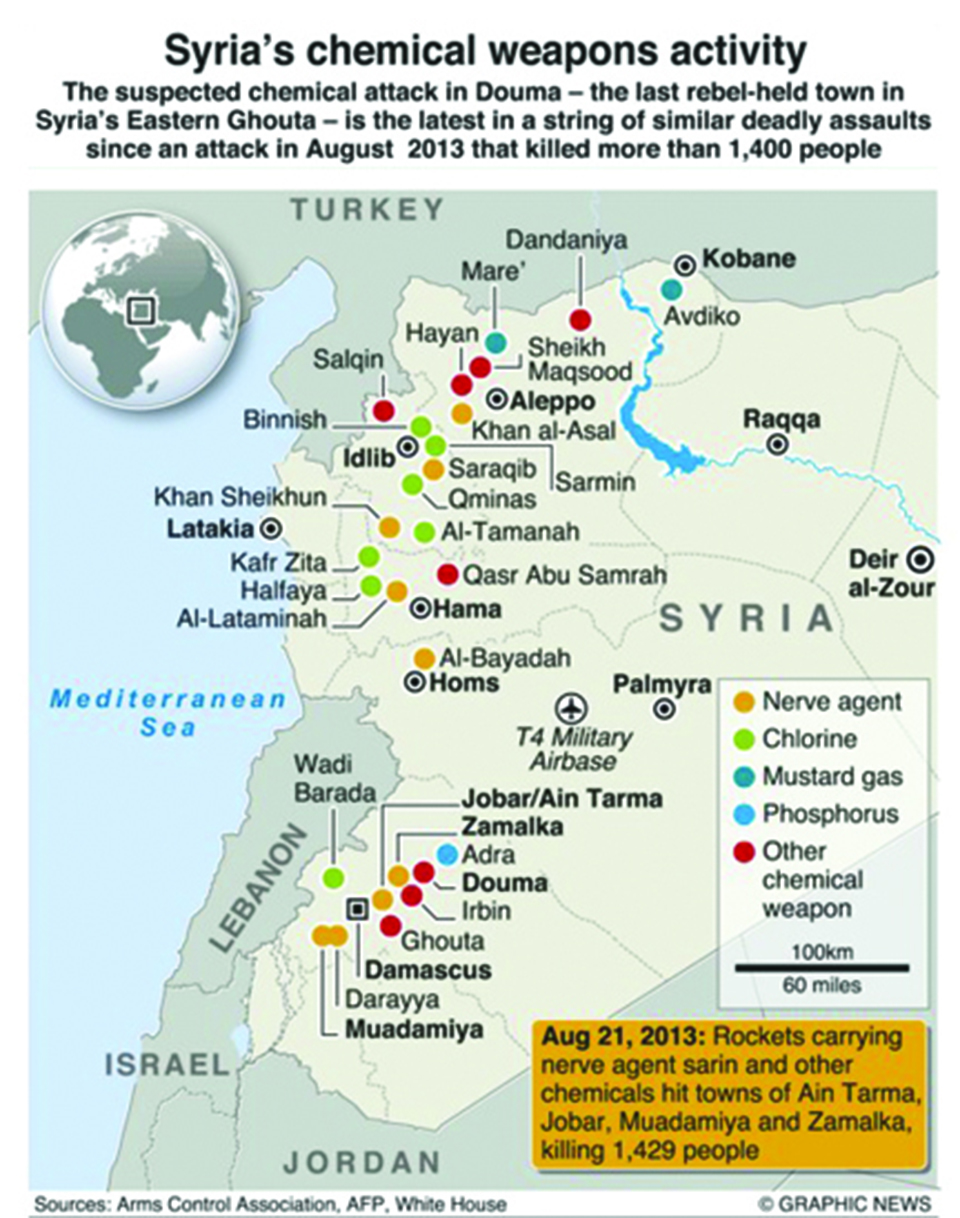 The suspected chemical attack in Douma – the last rebel-held town in Syria’s Eastern Ghouta – is the latest in a string of similar deadly assaults since an attack in August 2013 that killed more than 1,400 people.

The 2013 attack in the east and southwest of Damascus, including the towns of Ain Tarma, Jobar, Muadamiya and Zamalka, killed 1,429 people, including 426 children, according to a U.S. government assessment.

Since that assault, there have been 144 documented uses of chemical weapons, including mustard gas, chlorine, phosphorus, deadly sarin nerve agent and other agents.
In December 2012 reports emerged from the city of Homs that government forces had used “Agent-15”, a BZ-type nerve agent that poisoned scores of people and caused hallucinations and behavioral changes.

On April 4, 2017, Syrian warplanes attacked the rebel-held town of Khan Sheikhun in the northwestern province of Idlib with a chemical agent, killing at least 83 people. The Organisation for the Prohibition of Chemical Weapons later identified the agent as sarin gas.

President Donald Trump has warned Syria's government the US is "locked and loaded" to strike again if it carries out... Read More...

BEIRUT, Feb 6: Syrian opposition rescue teams pulled babies from incubators in a hospital under attack, rushing them to safety in... Read More...

24 children rescued from India
21 hours ago