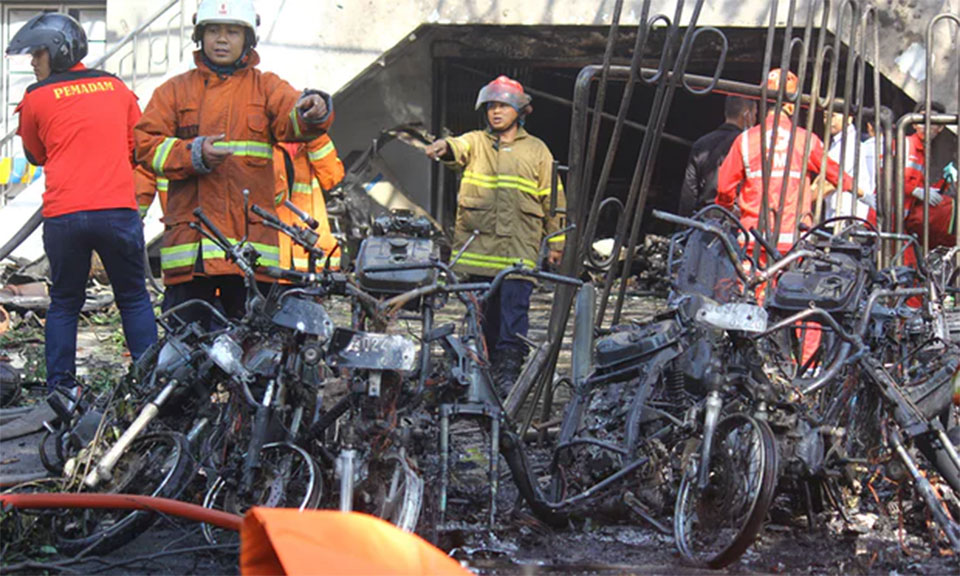 INDONESIA, May 13: At least nine people have been killed and 40 others injured in bomb attacks, including a suicide blast, targeting churches in Indonesia’s second biggest city, Surabaya.

The attacks in the predominantly Muslim country came days after police ended a riot and hostage-taking at a detention center near Jakarta that left five dead and five injured.

“There have been three attacks at three churches,” Frans Barung Mangera, a spokesman for East Java police said.

The blasts all occurred within 10 minutes of each other, police said, with the first explosion at 7.30am (0030 GMT).

Police only gave details of the attack on Santa Maria catholic church, but pictures showed that a Pentecostal church in the city was among the others attacked.

Nine people were reported to have been killed and Mangera said at least 40 were being treated in hospital.

“There is one location where we can’t enter yet,” Mangera told reporters near the scene of one of the bombings.

Television footage showed one church where the yard in front appeared engulfed in fire, with thick, black smoke billowing up. A large blast was heard hours after the attacks, which Mangera said was a bomb disposal squad “securing” a remaining device.

There have been no claims of responsibility, but Wawan Purwanto, communication director at Indonesia’s intelligence agency said Islamic State-inspired group Jemaah Ansharut Daulah (JAD) was believed to be behind the bombings.

JAD is an umbrella organisation on a US State Department “terrorist” list that is estimated to have drawn hundreds of Islamic State sympathisers in Indonesia.

The attacks come days after militant Islamist prisoners killed five members of an elite counter-terrorism force during a 36-hour standoff at a high security jail on the outskirts of the capital, Jakarta.

The church attacks were likely linked to the prison hostage standoff, Purwanto said.

“The main target is still security authorities, but we can say that there are alternative [targets] if the main targets are blocked,” he said.

Police ordered the temporary closure of all churches in Surabaya on Sunday, and a large food festival in the city was cancelled.

Indonesia is home to significant numbers of Christians, Hindus and Buddhists but there are concerns over rising intolerance.

Extremists have mounted a series of attacks against Christians and other minorities in recent years.

Indonesian police shot and wounded a man who attacked a church congregation in Sleman town with a sword during Sunday Mass in February. The radical Islamist, who had wanted to fight with the Islamic State group in Syria, injured four people.