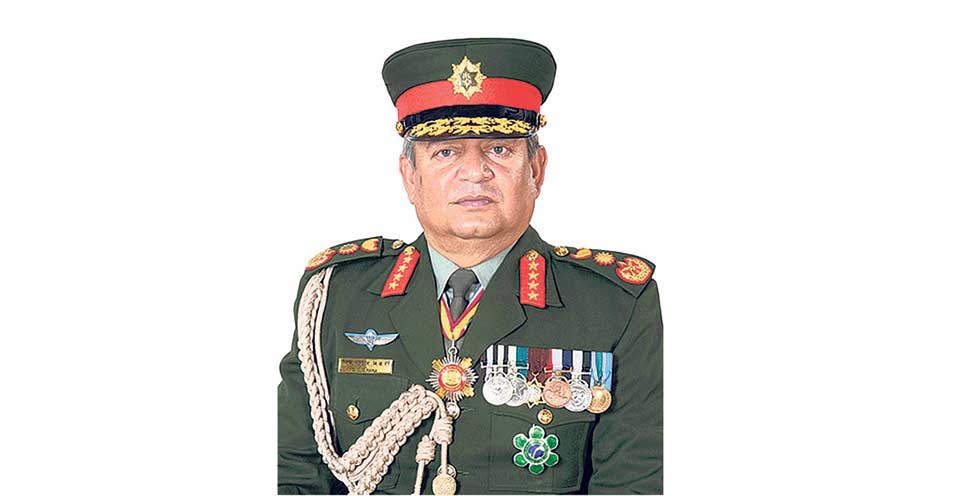 Speaking at a discussion program organized by Hri Institute in Lalitpur on Saturday, the former army chief Rana said it would be a mistake to see the Indo-Pacific strategy only from the prism of economic cooperation and connectivity.

He also urged the government to be cautious not to get embroiled in the strategic rivalry of major power centers while seeking to deepen cooperation with the USA as a part of the Indo-Pacific strategy.

Recalling his participation in a meeting organized by the Asia-Pacific Command of the USA in Australia in his capacity as the chief of Nepal Army back in 2012, the former CoAS Rana said China and Pakistan were not invited in the meeting.

He also argued that it was during the same time that the US officials had floated the idea to link the Indian Ocean with the Pacific Ocean as a part of their broader strategic interest.

Rana even said that he had submitted a report to the then Prime Minister Baburam Bhattarai and the concerned line ministry about this. While stating that he does not know where the report may have been gathering dust now, he urged the country’s foreign policy makers to exercise necessary caution.

The former army chief also mentioned that since the USA pulled out 60 percent of its troops stationed elsewhere and deployed them in Asia Pacific region, the latest foreign policy initiative of the USA as a part of its Indo-Pacific strategy cannot be just dismissed as a move devoid of any geo-strategic considerations.

Speaking at the discussion program—Is Nepal a part of Indo-Pacific strategy? – the keynote speaker Constatino Xavier, a foreign policy expert and a fellow at Brookings India, said that Nepal is already a part of it and thus is in a position to take various advantages from it. He argued that the Indo-Pacific strategy was not a military alliance or any move to contain or isolate China as perceived by many strategists.

Xavier said that this had opened opportunities for Nepal as this has transformed the landlocked country from a state of dependency to a greater autonomy. While stating that China’s BRI was bilateral in nature, Xavier argued that the Indo-Pacific strategy, as a multilateral initiative, can help in sustainable economic development of Nepal.

KATHMANDU, June 1: The United States said on Saturday that it is now seeking to expand defense relationship with Nepal... Read More...

Trump seems to harbor the equally unrealistic notion that North Korea will voluntarily give up its nuclear weapons ... Read More...