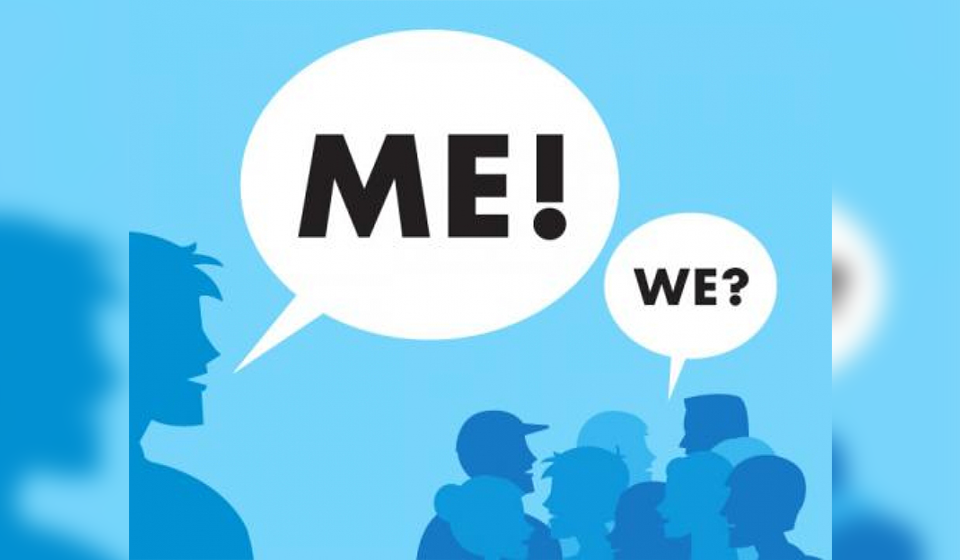 Living a hypocritical way of life is oxymoronically comfortable, but the sad reality is that, doing so, we are marching toward a society characterized by ‘individual brilliance and collective failure’.

The year 2022 is the year of votes, as a plethora of countries from six continents are hosting elections this year despite having new mutations of the coronavirus spreading at the ‘speed of light’. Elections are the beauty of democracy, though it's not hunky-dory this time. Irrespective of whatever is happening around, a progressive regime demands the social contract be renewed, new mandates be forwarded and wrongdoers be defenestrated from state power. Similarly, in Nepal, the ‘Bir yet Buddhu’ electors have very well experienced the agony of considering a series of unscrupulous politicians as their spear leaders during these two decades of crisis, but still, history tends to repeat soon after the 2022 elections.

The author is afraid that Nepalis will end up selecting the same old wrinkled faces with depleting energy and anachronistic thoughts as their honchos once again. The citizens have always faced 'The Gilgamesh Problem' (The Narrow Corridor, 2019), and the reason for it being pointed out to the politicians, but this argument has now turned into a platitude. In this realm, delving deep into our own political malpractices is mandatory. According to the Ministry of Youth and Sports, approximately 40% of Nepal’s population is aged between 16 to 40, which vividly indicates the scenario of an advantageous demographic dividend. It's a rare population ratio that a country experiences once in centuries. The statistics thus suggests that Nepal must leapfrog on the development path in the coming two decades, utilizing the youth dynamism. And to pursue the same, youths have to intervene in the ongoing political mess to bring stability and robustness in the system. The history of Nepal is filled with anecdotes of youths, who initiated bold moves to transcend the political system on the right track.

Gangalal Shrestha was just 22 when he got martyrdom, for freeing the country from the clutches of Ranas. Pushpalal was just 25 when he founded the first communist party of Nepal.  BP Koirala was in his early 40s when he was democratically elected for the first time in the history of Nepal, as the 22nd prime minister of the country. Similarly, the list of miracles by the youth goes on and on.

Here, the crux of this article is the quest over, how can today’s youth contribute on their part to make the current system more robust. So, the author makes propositions to youths to change oneselves first, set examples and teach the rest.

A major irritant of the Nepali development practice is that we urge the members of parliament (MPs) from our locality to bring in the capital projects from the federal government, which is fundamentally a wrong practice. The MPs are elected representatives whose sole responsibility is to formulate policies via holistic discourses, contrary to what we expect. Our own demands make them negotiate on the petty projects concentrating over small contours. This practice has actually sown the seeds of corruption in development. The MPs put so much effort to bribe and bring projects to their constituencies that he must do some corruption later to balance his balance sheets. As a youth, we need to understand that we already have an ultra-expensive bureaucratic set up to bargain for developmental projects and we need to utilize it optimally. So, the first remedy is - let's not beg MP's, let's start negotiation with bureaucrats for projects in our localities.

Prevailing hypocrisy at all levels

In the alleys of gloomy Kathmandu, a quote  - ‘A Nepali knows everything except his/her very own task’ is often recited loudly and this is true indeed. Hypocrisy has grappled us like nothing else. We often want others to confirm the rule, while we tend to excuse ourselves as exceptions. Businessmen often criticize politicians for not letting the market flourish, while lobbying for restricting international investment on the other side. Politicians outcast business logic and often make vituperative remarks on businessmen, while at the same time, end up collecting huge sums from them for party funds. Not only are the ruling elites hypocrites, intelligentsia, the idea makers, also follow the same path of humbug. The majority of intelligent ones cacophonously purport big ideologies, yet extensively seek favors and servile politicians. “What is in it for me?” has been the national anthem. Saying so, the proletariats, the toiler class, are not the perfectly moral ones. We Jaywalk even when Zebra crossings are nearby. We defenestrate pouches of waste in the river, though the municipality has better dumping provisions. And yet, we flak the principles of civic sense. Living a hypocritical way of life is oxymoronically comfortable, but the sad reality is that, doing so, we are marching toward a society characterized by ‘individual brilliance and collective failure’.

The developed nations' past often hints that a generation must give up its comfort for marching the country toward progress. For instance, in Bangladesh, the textile workers' generation are giving up their comfort for the betterment of posterity. In our case, starting to eliminate hypocritical behavior, at all levels, is a necessity. It's hard for us not to call politicians in trivial marketing campaigns. It's hard to follow all rules when the elites don't care. It's hard not to use big-powers to make our things done. But, it’s also not impossible to live the way we think is principally correct. The self-realization of a civic sense would surely prevent political barbarism in the days to come.

Who should lead development - citizens or gov?

Mostly in urban areas, citizens expect the government to do everything, ranging from cleaning sewage to constructing roads, and many more. This model of development is ultimately destined to fail because the citizens who are the major stakeholders do not have affiliation and accountability toward those infrastructures. The government firstly has limited resources and it's impossible for it alone to keep all things at optimal performance. So, rather than the government, citizens must lead the projects in the locality while getting some financial support from the government.  This increases the durability of the project. Once the local people invest a certain proportion in infrastructures, they tend to be caretakers. For instance, the majority of subway constructions in Pokhara follow the same model and projects tend to be completed earlier, without corruption and becoming durable.

The demise of discourse

When it comes to debates on politics and development, an ordinary Nepali often ends up saying- ‘I am not going to enter this mess, I don’t know politics.’ This psychology and behavior has restricted the discourse among youths, who are pivotal in shaping society’s values and norms. Taking advantage of this cognitive lethargy, the octogenarians and septuagenarians have been ruling the state apparatus for the last few decades. In this front, youths must be clear that the discourse is not bad, but the silence is, when we are living in a democracy. A Sanskrit sloka from the Bhagvada Geeta says ‘Bade Bade Jayate Tatwobodha’ which translates to ‘it is only through the articulation of diverse opinions that the truth will finally come out’. So, we youths must raise our voice while being receptive to others’ opinions too. The initial solutions to the problems can be generated only through pensive thoughts and discourses. Many problems can be sorted out if we listen to others and empathize with the marginalized ones. A civic youth must not ignore talks on politics, but rather conjoin with good politics.

In conclusion, the above mentioned economic and political malaises present in our society are some of the reasons for our failed development and democratic lacunas. And, youths have a huge role to uproot these dogmas. The MPs must be coerced to formulate policies with a strategic vision for the future, rather than to bring petty projects home. Hypocrisy can only be ended by self-realization, that our small but collective efforts really make the difference. If citizens lead the development process, it results in sustainability rather than the government’s solo effort. And, discourses are the political arsenals that today’s youth must immediately use to articulate their manifesto. Youths, at least, must not be the talking toms criticizing the olds in tea-breaks only. An organized effort and institutionalization will shape the nation's destiny. Thus, there is an urgent need of Youth Activism for applying ‘Libertarian Paternalism’ (Nudge, 2009), firstly to change their own behaviors and secondly to provide education to the rest of the citizens on- what is politically and economically right and wrong!

Democracy seems to delight people only as long as they feel they are getting fast, fair and free services from... Read More...