During a virtual event titled "India@75 Summit: Collaborating for a New Self-reliant India," on Saturday, the Indian foreign minister made the claim that Lord Buddha was Indian.

"Who are the greatest Indians ever that you can remember?" Jaishanker asked, adding, "I would say one is Gautam Buddha and the other is Mahatma Gandhi."

Taking strong exception to Jaishankar's statement, former foreign secretary Madhuraman Acharya tweeted "Some 2270 years ago, Indian Emperor Ashok erected a pillar at Lumbini in Nepal to mark the birthplace of Buddha. That monument stands taller than any self-aggrandizing claim to say that Budha was an “Indian”! Period !!" 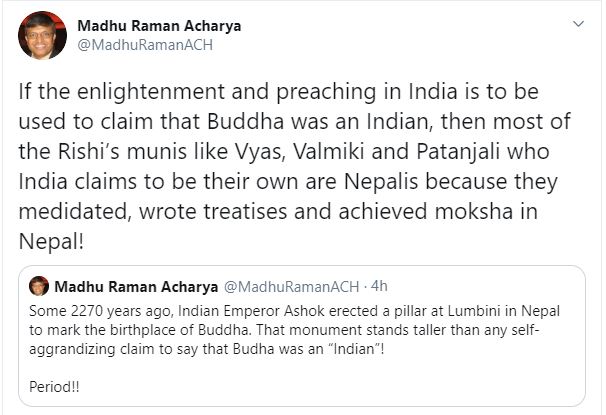 He further adds, "If the enlightenment and preaching in India is to be used to claim that Buddha was an Indian, then most of the Rishi munis like Vyas, Valmiki and Patanjali who India claims to be their own are Nepalis because they meditated, wrote treatises and achieved moksha in Nepal !"

Former Chief Secretary Leela Mani Paudyal tweeted "Gautam Buddha is Nepali by birth, who was born in Lumbini, Nepal and Buddhism is the common heritage of humanity! Claim alone does not change the status of the greatest thinker and teacher of life and world in the past 3000 years of time." 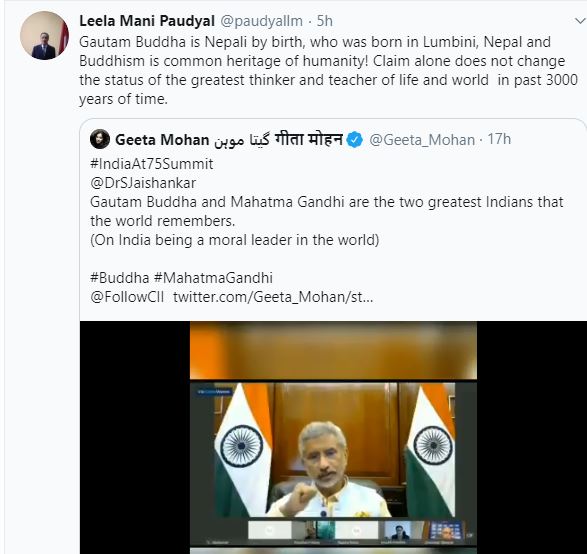 Former Prime Minister and chief of the Foreign Relations Department of the ruling Nepal Communist Party, Madhav Kumar Nepal objected to Jaishanker's statement. He has urged the government to take up the matter with the Indian government.

The former prime minister expressed regret over the latest statement from the Indian foreign minister while recalling that Indian Prime Minister Narendra Modi had told the Nepali Parliament in 2014 that Buddha was born in Nepal. 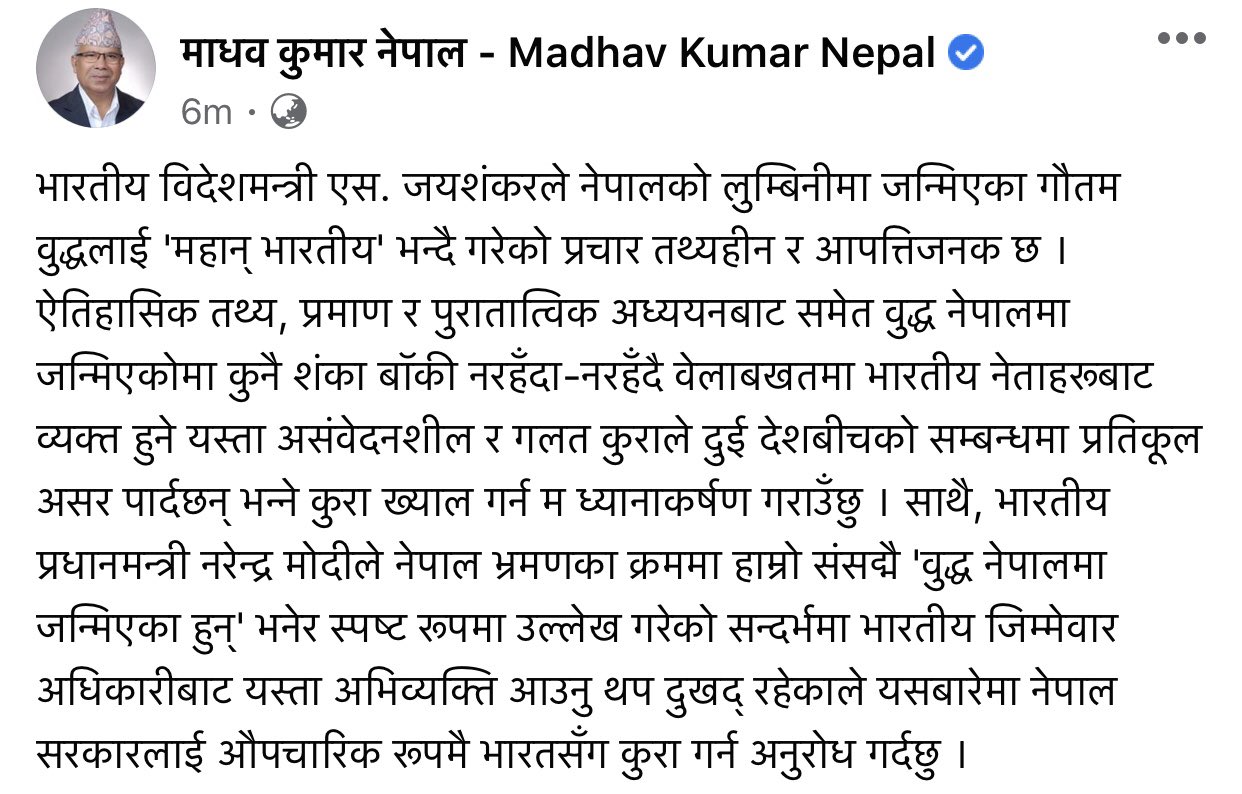 "Lord Buddha was born in Nepal. We have reservations toward the Indian foreign minister Jaishanker's statement against historical facts that the land is in today's Nepal," he tweeted in Nepali. 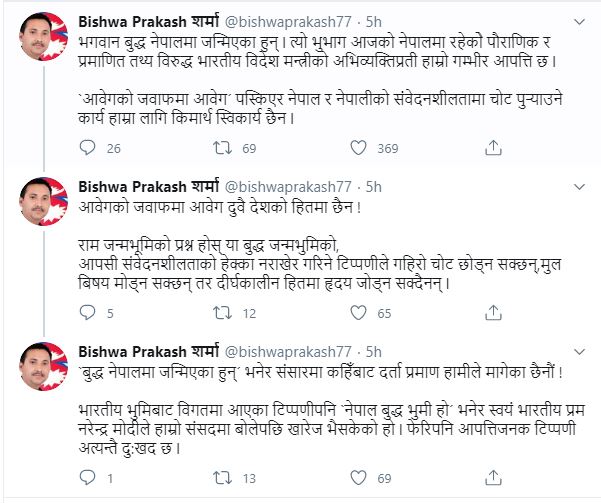 He condemned the act of hurting the sensitivities of Nepal and Nepali people, saying it is not acceptable to his party. 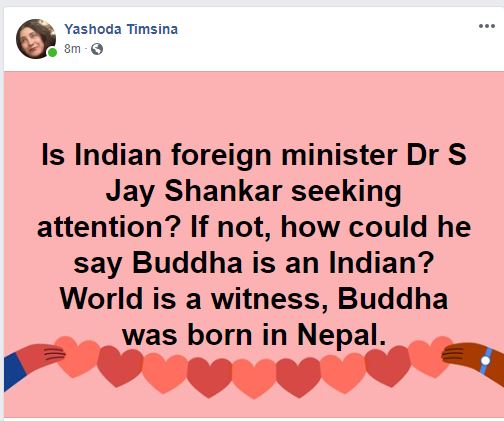 "But the top diplomat engaging in  a third-class propaganda shows that something is seriously wrong in the South Block. Instead of 'branding' Buddha as an Indian, time for SB to reflect on Buddhist teaching," Acharya tweeted. 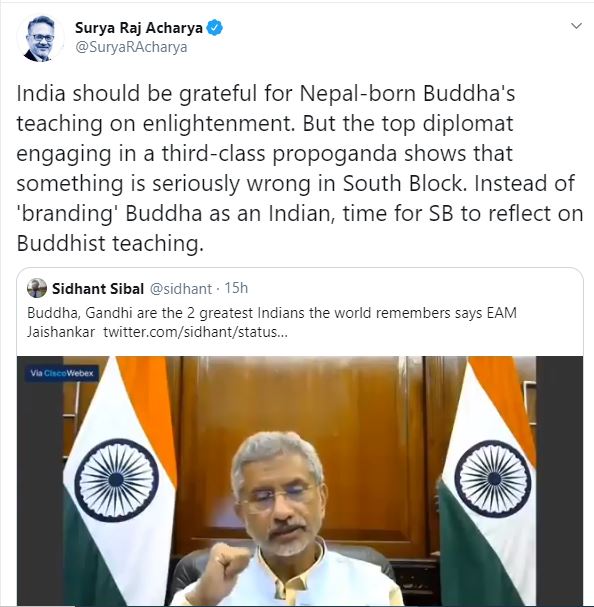 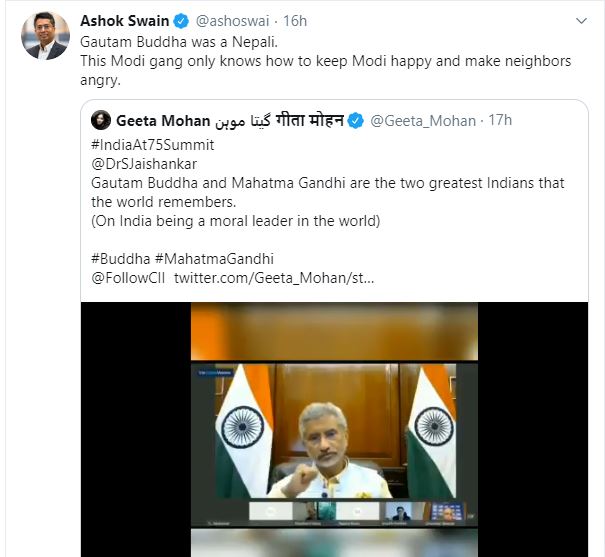 He tweeted "Gautam Buddha was a Nepali. This Modi gang only knows how to keep Modi happy and make neighbors angry." Social media folks are blasting Jaishanker for his remarks on Lord Buddha. 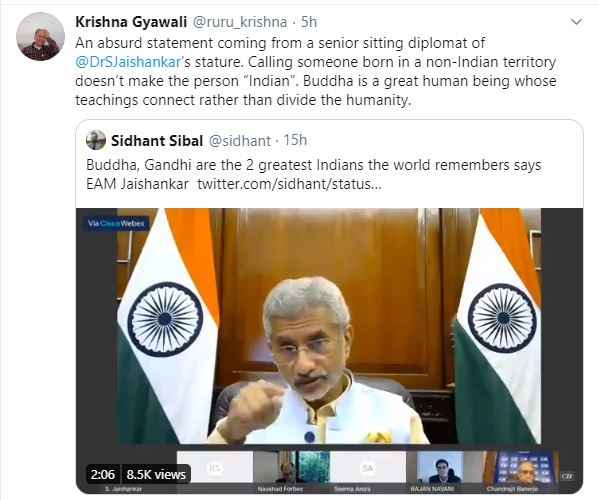 French national held on paedophilia charge from Pokhara
3 hours ago

Correcting the fault lines of trust
15 hours ago

Technical education is the basis for prosperity of country: Minister Pokharel
29 minutes ago

Nepalgunj airport to be developed as hub airport: Minister Bhattarai
1 hour ago

Local administration in Kathmandu urges people not to participate in rallies, protests
7 hours ago