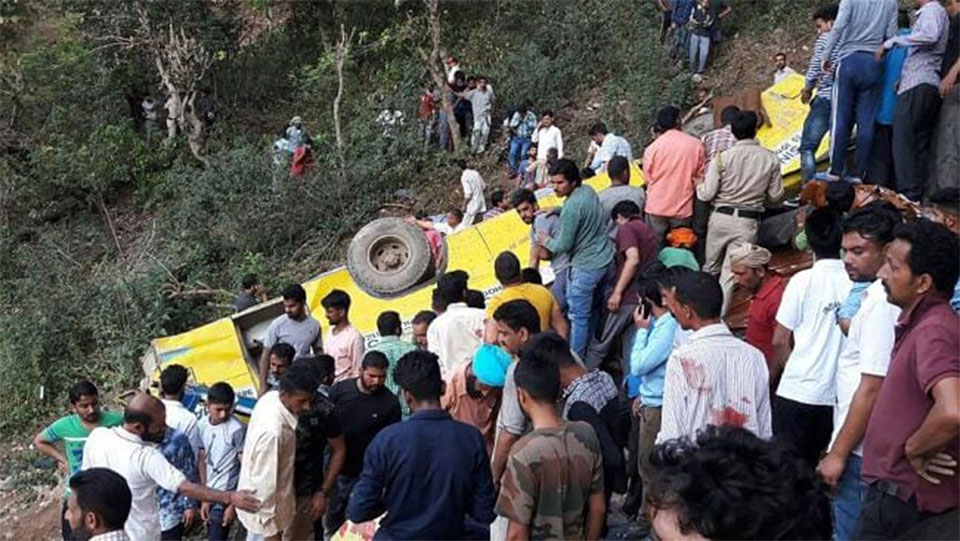 INDIA, April 10: A School bus plunged off a mountain road overnight into a deep gorge in the Himalayan foothills, killing 27 children, some as young as four, Indian officials said.

Initial reports indicated the bus driver was speeding as he took the children home and lost control at the edge of the gorge.

The bus fell some 60 metres to the ground below, said police officer Sunil Kumar. The adults killed included the bus driver, two teachers and another woman, officials said. Most of the children riding in the bus were believed to be in primary school.

The crash occurred in the Kangra Valley, about 500 kilometres north of New Delhi.

The search for survivors ended late on Monday night, with the bodies of the dead lying on the concrete floor of the Nurpur mortuary, covered by sheets. India’s roads, particularly in the hills, have long been feared for their deep potholes, reckless drivers and often a lack of guardrails. Fatal accidents are common.

“I am deeply anguished by the loss of lives,” Prime Minister Narendra Modi said in a tweet. “My prayers and solidarity with those who lost their near and dear ones.”