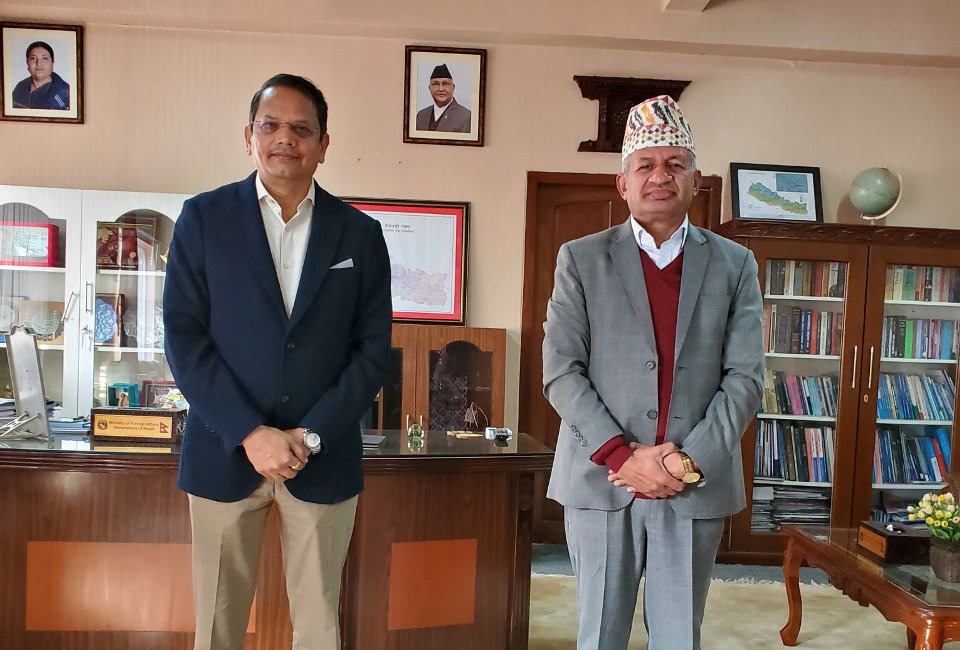 "Today I had a meeting with foreign minister of Nepal Shri Pradeep Gyawali ji during which we discussed several issues of mutual interest. Thanks a lot Shri @PradeepgyawaliK ji for sharing your insights," Chauthaiwale tweeted after the meeting.

Chauthaiwale is on a visit to Nepal at the invitation of the ruling Nepal Communist Party (NCP)'s General Secretary Bishnu Poudel.

Earlier on Thursday, the Indian leader called on Prime Minister KP Sharma Oli at the latter’s official residence in Baluwatar.

The visit by a BJP leader comes at a time when the two countries are gradually normalizing their ties which reached at its lowest ebb in the past one year over boundary issues.

BJP leader's Nepal visit is also seen as India's growing interest in the intraparty rift within the NCP which is at its peak due to rivalry between the two factions - one led by KP Oli and the other by Pushpa Kamal Dahal.

The Indian ruling party leader's visit follows three back to back high-level visits from India within the last two months.

In the last week of October, Samant Goel, chief of India's external intelligence agency visited Nepal which was followed by the visit of Indian Army Chief MM Naravane in the first week of November. Similarly, Indian Foreign Secretary Harsh Vardan Shringla visited Nepal at the end of November.