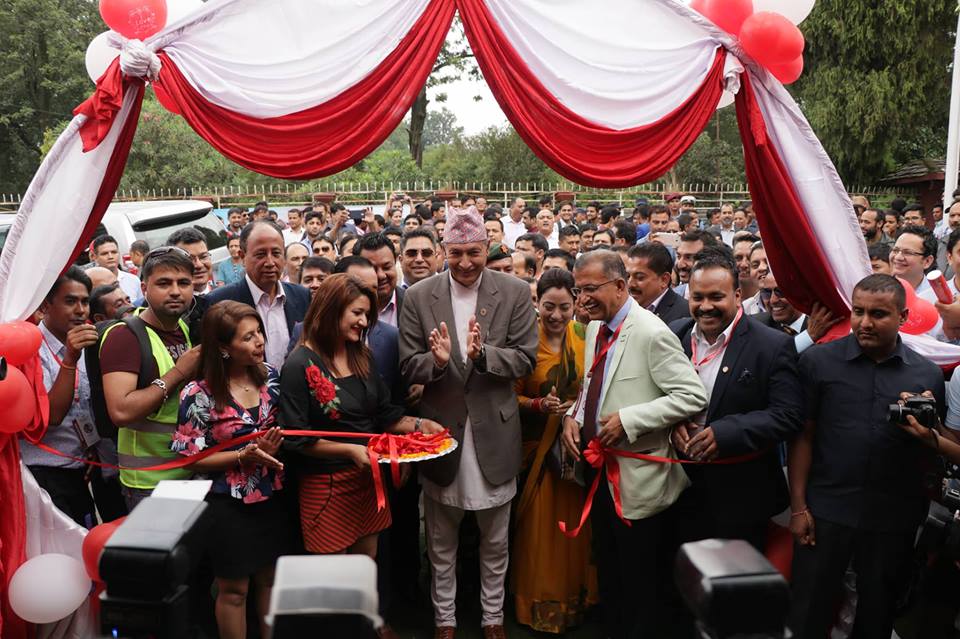 KATHMANDU, Sept 11: The Minister of Finance, Dr. Yubraj Khatiwada's speech while inaugurating the 2018 NADA Auto Show caught everyone off guard. Inaugurating the NADA Auto Show, a yearly exhibition of vehicles, including new ones, Khatiwada not just urged every one to reduce vehicle imports, he also had a tip to potential buyers: Don't buy vehicles by auto loans.

Arguing that escalating vehicle imports could affect the national economy in the long run, he urged businessmen to establish assembly industries for vehicles. "We are willing provide necessary subsidy for those willing to bring assembly lines in the country," Khatiwada said. "Doing so will help to create employment in the country and strengthen the country's economy. The government is promoting the sector," he added.

Khatiwada opined that neither the vehicle owner, nor the country would benefit by buying cars on installments. Chairperson of Federation of Nepali Chamber of Commerce and Industries (FNCCI), Bhawani Rana urged the government to address pressing issues of private sectors for economic development.

Likewise, Shambu Prasad Dahal, chairperson of NADA accused the government of not 'respecting' the automobiles industry. "Automobile industries provide more than Rs. 100 billion as tax. It is the backbone of the country's economy and should be promoted accordingly," he said.

Prospects of electric vehicles are bright in Nepal